Cities that previously focused their attention on attracting corporate investment and tourists are now turning to a new target – skilled professionals. Moving beyond the traditional definition of branding (famous slogans such as « I love New York » , « I amsterdam» , or « Only Lyon» ), many cities are now organising competitions on specific topics to attract, engage and retain investors, entrepreneurs, researchers, executives, around local opportunities. Here are some top tips to mobilise talent.

In 2014, Barcelona City Council launched Barcelona Open Challenge, an international call inviting businesses and entrepreneurs to transform public space and services in the city. The aim was to increase transparency to the general public, attract companies with high growth potential, and boost foreign investment. They designed a competition open to all (entrepreneurs, start-ups, TPE and innovative SMEs, etc.) around six pre-identified challenges faced by the City of Barcelona: bicycle theft, social isolation, pedestrian flow, digitisation of museum and archive collections, alerts of damaged road surfaces, and local retail. Winners received €6,000 to €250,000 per selected project, a workspace, and got Barcelona’s endorsement for the future development of the business. Barcelona now ranks amongst the top ten Smart Cities in the EU; this initiative strengthened its competitive edge as a desirable place to live, work, and do business. It created a sense of empowerment and strengthened a dialogue between citizens, commerce, tourism-related industries, and the service sectors.

“BCN|Open Challenge is a programme opening up the city administration to SMEs from around the world to transform public services by seeking solutions to the city’s challenges with a more inclusive process.” – From the Barcelona Open Challenge website

Another notable initiative is Barcelona Global, a private, independent, non-profit association launched in 2008 and set up as a platform for citizen’s ideas and action.  It is made up of individuals and companies who care about Barcelona and its future. The objective is to make Barcelona one of the best cities in the world to attract talent and develop economic activity by welcoming and engaging international skilled professionals. A wide variety of innovative tools have been set up by the association such as the Map of ambassadors in the world, Barcelona Global International Council Perception Survey, City Talent Index, Barcelona Global International Talent Monitor, as well as an event: The Hola Barcelona! to welcome and connect new international professionals.

The BeBerlin campaign was launched in spring 2008 by the Berlin Senate. The campaign has three objectives: ally family and career, ally technology and innovation (creativity), and ally e-mobility and sustainable development.

“Welcome to the city of opportunities! Berlin’s unique mix of Talents and cultures makes it a highly diverse and special place to be.” – From the BeBerlin website

Be Berlin created the Success Stories competition in 2014 to put a face on the success enjoyed by the city over the 25 years since the fall of the Berlin Wall. The jury’s 25 most exciting stories have been highlighted on the website with video. Another BeBerlin project, the Design souvenir competition, was designed to attract creative talents. The jury was composed of expert designers, entrepreneurs, marketing and tourism professionals; 20 finalists were able to fine-tune their creations, create prototypes and prepare their souvenir ideas for a much-anticipated exhibition. Three winners received between €2,000 and €5,000. Berliners themselves were called upon to pick their favourite creation, and almost 5,000 votes were counted on the online gallery. Finally, the well-known Green Talents competition, organized by the German Federal Ministry of Education and Research, has for the past 7 years invited young researchers from all over the world to take part in the « Green Talents – International Forum for High Potentials in Sustainable Development » in Berlin. It’s a unique opportunity to conduct a research study of up to three months at an institution of their choice. This year, a high-ranking jury of experts selected 25 eco-visionaries out of over 550 applicants from more than 90 countries around the theme « City of the future ». Best practice: With 130 awardees spread over 41 countries from Argentina to Zimbabwe, the Green Talents Alumni are part of a unique global network of high potential professionals working in the field of sustainable development.

The Only Lyon initiative brings together 28 public and private partners. Two ideas are particularly highlighted by the city: city pride and a collaborative approach. Anyone with a connection to the city can become an ambassador of Lyon with a registration on the platform; Only Lyon currently has more than 20,000 ambassadors, with the goals of: raising awareness about Lyon, attracting the best and brightest, and recruiting new ambassadors.

“Our shared goal is to promote Lyon all over the world! Because each individual effort, when pooled with the efforts of many others, can make the difference in lifting Lyon to its rightful place on the international scene.” – From the Only Lyon website

Only Lyon organised two competitions this year. First, the Bocuse d’Or 2015, the largest culinary competition in the world. This prestigious contest, held every year in France, is both a developer of culinary trends and a talent detector. Only Lyon’s strategy is to identify the city as the international capital of gastronomy and to engage professionals from the creative industries: art and culture, tourism and hotels. After 18 months of international selection events, the 24 best chefs will demonstrate their art before an audience of enthusiasts. Using identical products, the candidates have to draw on their personality, their experience, their cultural and culinary heritage, and their technique and creativity. The second Only Lyon event, Export 2015, is a major international business event with the opportunity to make international connections and support daring SMEs. Every year, the event Export organises the « Export Yourself » competition, a call for projects aimed at export companies in the Rhone Alpes, Burgundy and Auvergne regions. The prize is €40,000 worth of strategic and operational services – a real helping hand for a company with high export ambitions.

London Tech City was launched in Shoreditch in 2010 by Prime Minister David Cameron to support the East London tech cluster known as the Silicon Roundabout. The focus is to create the optimum conditions for digital technology businesses and entrepreneurs to thrive across the UK. Through programmes and policy work, Tech City accelerates the growth of digital businesses in London and attracts the best talents of the sector.

“Ultimately, our goal is to be real, resourceful, optimistic and relevant to the digital business community and its Talents.” – From the Tech City website

Two major competitions have drawn international attention. The Smart Wayfinding Competition 2015, where professionals propose smart wayfinding or navigation solution to the developers who are leading some of the capital’s most ambitious regeneration projects. The Institute for Sustainability, in partnership with the Mayor of London’s Office, has launched this competition calling for small businesses and entrepreneurs with key challenges: Smart signage utilising real-time data, incentivising behaviour change through smart tech, using the Internet of Things to support district management teams, visualisation or modelling of people/traffic movement, and cutting edge apps that connect people to place. Winners will have the opportunity to pitch their innovation to organisations involved in some of the highest-profile redevelopment districts in the capital. The second competition is the Mayor of London’s Low Carbon Entrepreneur 2016, looking for great national or international London student ideas to help reduce London’s carbon emissions. The prize is £20,000 worth of prizes, internship, training and work with mentors. The aim of this competition is to retain international talents after their academic tenure.

To conclude, city branding isn’t just about a logo or a strapline – it’s about coordinated activity and a joined-up approach to attract and retain talents from around the world. A good way to achieve this objective is to put international professionals into competition in a focused sector.

Much more important, a new form of communication is highlighted through those competitions: it’s not about « being the best » anymore. It’s about finding participative ways to engage local and international players, being a space for expression/an experimental region, and sharing knowledge and skills. 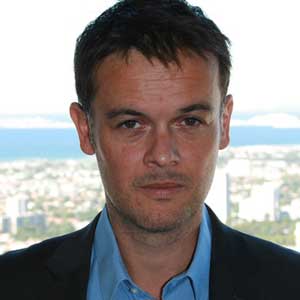 Sébastien Dagault, founder and CEO of LiNXEO. Sébastien has built an international career creating high-value ecosystems for business in Europe, North America, and the Middle East and North Africa, contributing to dozens of successful programs of work worldwide. 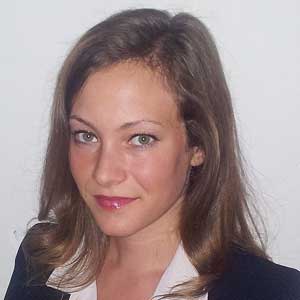 Tiphaine Mallégol, Graduate of a Franco-German curriculum of the Institute of Political Studies in Aix and the Albert-Ludwig University of Freiburg, Tiphaine holds a Masters in International Relations. Before joining LiNXEO, she was Communication Officer for a communication agency and cultural and intercultural institutions.