On January 15th, 2014, Meeting of the Minds presented a live, free webinar via Webex. An archive recording and slides are available below.

Detroit’s transformation imperatives and key change strategies will be discussed in the context of the city’s recent momentum, highlighting several projects, including the Detroit Corridor Initiative, Detroit Future City and The Detroit Revitalization Fellows Program. This presentation will be led by Bradford Frost, one of Detroit’s leading change-makers who first moved to the city in 2005. Frost has since delivered significant results through his professional projects, political action, public writings and community engagement work. 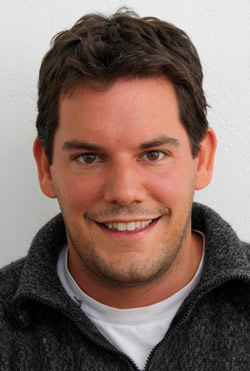 Bradford Frost is the Director of The Detroit Corridor Initiative in partnership with the national Living Cities Integration Initiative.

A former Detroit Revitalization Fellow at the Detroit Institute of Arts, Bradford led the design, cultivation and execution of over 1M in new projects including the ArtPlace America ‘Cultural Living Room’ transformation of Kresge Court and a community engagement project that connected over 1,000 residents to creatively respond to a contemporary exhibit. Wayne State University Press recently published Bradford’s commemorative book, Reveal Your Detroit: An Intimate Look at a Great American City.

A former AmeriCorps and United Way professional, Bradford has a proven track record for executing innovative community change strategies. He serves as Secretary General for Declare Detroit, a local civic group, and Board Chair for the Afghan Scholar Initiative.

Bradford holds a master’s degree in Law and Diplomacy from the Fletcher School at Tufts University, including a semester on Social and Urban Policy at The Kennedy School of Government, and graduated Phi Beta Kappa from Mary Washington. A published commentator in the Detroit Free Press and New York Times, Bradford resides in Detroit.