Cooperative business models have gained traction as a catalyst for sustainable economic development over the past decade. The United Nations deemed 2012 the International Year of Cooperatives in order to “raise public awareness of the invaluable contributions of cooperative enterprises to poverty reduction, employment generation and social integration.” 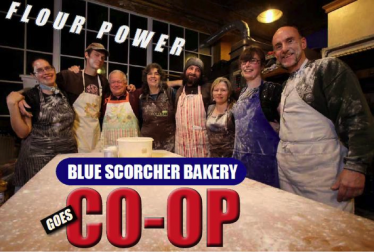 Recently, The International Co-operative Alliance along with the International Labor Organization (ILO) have published a report on how cooperatives can help achieve the post-2015 sustainable development goals, given that cooperatives, “place emphasis on job security and improved working conditions, pay competitive wages, promote additional income through profit-sharing and distribution of dividends, and support community facilities and services such as health clinics and schools.”

The benefits espoused by the ILO and UN are the direct result of how worker cooperatives are structured. In a worker co-op, the employees own the business and democratically elect the members of the board, giving rise to the principle, “one worker, one vote.” Cooperative values, as defined by the International Co-operative Alliance, are self-help, self-responsibility, democracy, equity, and solidarity. It is because of the democratic processes of worker co-ops that decision-making focuses on more than just economic return. 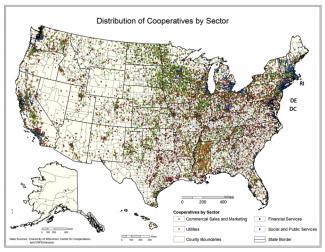 Source: Map data as of 1/09 from UWCC study “Research on the Economic Impact of Cooperatives”

In the United States, spurred by the Great Recession, many cities are looking to cooperatives as an alternative way to conduct business. A study conducted by the University of Wisconsin shows that in the US, there are 30,000 cooperatives, generating over $500B in revenue.  However, 340M US co-op members belong to consumer cooperatives, like REI. While consumer cooperatives have benefits such as democratic management by members, they do hold the same promise for enhanced livelihood and community investment as worker cooperatives. In the United States, there are only 5,000 worker-owners that belong to worker cooperatives, reports The Democracy Collaborative. Given that worker co-op models are best positioned to provide sustainable development, how come we aren’t seeing more in the US and how do we overcome those challenges?

Project Equity is a non-profit based in the San Francisco Bay Area that works to build economic resiliency in low-income communities through cooperatives. When asked why we don’t see more worker cooperatives in the US, co-founder Hilary Abell replied that, “1. There is a lack of familiarity with the worker co-op business model in the US, 2. Culturally, the US has a more “cowboy approach” to social entrepreneurship, and 3. Building a business is hard, many do not succeed, and worker co-ops are no exception to this rule.” However, San Francisco and New York are two cities seeing an emergence of worker cooperatives. This is mainly due to the work of non-profits and public sector programs that are supporting co-op initiatives. 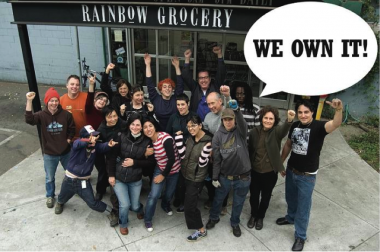 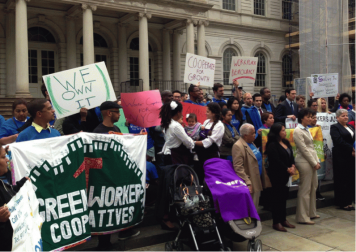 With the traditional business model being called into question, we are witnessing an energy building around the promise of worker cooperatives in the US. On a national level, the Creating Jobs Through Cooperatives Act was introduced to congress in 2013. The bill seeks to create a national program for cooperative development in order to create jobs and promote community development. With momentum already gained in San Francisco and New York, and building in cities like Philadelphia, Cleveland, and Houston, this pivotal point in time will test if worker cooperatives can takeoff as a way to build more sustainable and resilient cities.