Why Plans Fail: The 5 Pieces of Neighborhood Revitalization Infrastructure

Do you ever wonder why the grand visions of many neighborhood plans fail to materialize?

Have you heard neighborhood residents and stakeholders complain of planning fatigue? 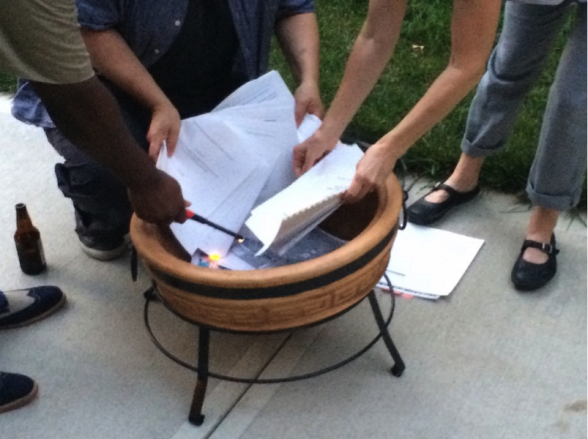 I’ve recently been thinking about why plans fail as I work in a number of urban areas where there has been extensive analysis and planning, but little execution and implementation. After 15 years of working in urban neighborhoods around the country, I have a new theory.

There is a problem with one of the 5 Pieces of Neighborhood Revitalization Infrastructure. 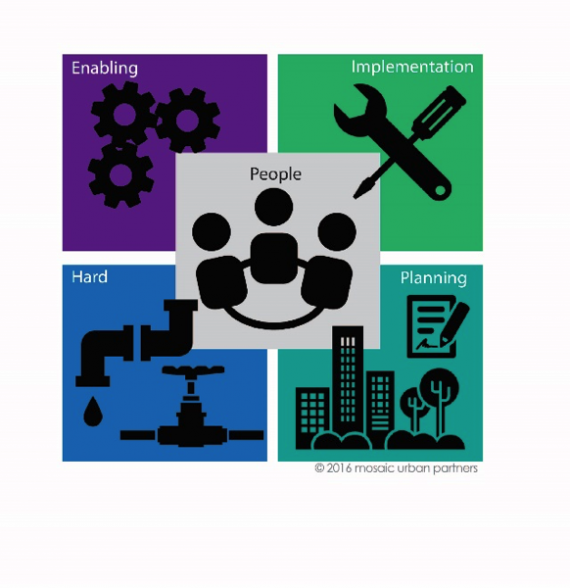 As you can see from the awesome graphic above (shout-out to former Mosaic team member Sophie McManus for being my muse on this analytical framework), there are 5 pieces of neighborhood revitalization infrastructure:

The core insight of this analytical framework is that comprehensive, sustainable and equitable neighborhood revitalization requires certain infrastructure to be implemented.   This infrastructure is not just the physical infrastructure (e.g. streets, sidewalks and water systems) which is discussed most often, but also other types of infrastructure as well.

There are two types of neighborhood revitalization infrastructure problems 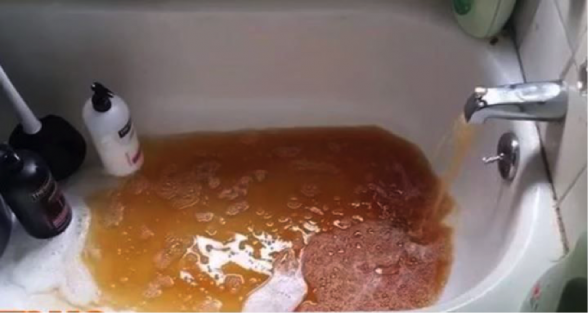 Running water in a bath tub in Flint, Michigan. Can you revitalize a city if its’ water looks like this? Source: DigitalJournal.com. Image Credit: Ron Johnson.

Enabling Infrastructure. Enabling infrastructure are the supporting analyses, resources and systems that allow revitalization investments to happen. It is the “back office” of neighborhood revitalization because it helps doers get things done, but it is not an implementer itself.

Here’s a quick list of enabling infrastructure for neighborhood revitalization:

Examples of Weak or Missing Enabling Infrastructure. Oftentimes, a neighborhood will have a great vision and plan, but the enabling infrastructure isn’t in place that would mandate, incentivize or support making that vision a reality.

Missing Enabling Infrastructure: Pipe Dreams. You may be surprised at how many municipalities don’t have the raw data necessary to make smart infrastructure decisions. For example, not only does Flint, Michigan, Jackson, Mississippi and other cities have a problem with lead pipes, they often don’t know the location of the pipes with the most lead contamination. It’s hard to make decisions with a better probability of success without the underlying data and analysis to buttress the decision.   Data and analysis (e.g. market, development or fiscal impact analyses) can also help you convince stakeholders that you’re not making arbitrary or biased decisions, and that they should support or co-invest in your revitalization efforts.

Weak Enabling Infrastructure: Land Use Codes Not Useful. Do your land use codes and zoning regulations make it difficult or even impossible to build dense, mixed-use development? Or, do the codes not give the proper incentives or mandate the implementation of the neighborhood vision? For example, I’ve seen cities where the zoning codes allow for denser, higher-rise mixed-use development on a site, but also allow a land owner to do a one-story McDonald’s with street frontage surface parking. What do you think gets built on those sites? The vision of a walkable, vibrant, mixed-use place dominates the vision in the plans, but the actual land use codes don’t enable the vision. The enabling infrastructure exists but is weak.

Here’s a list of the most important implementation infrastructure for neighborhood revitalization:

Here’s a quick list of some of the people infrastructure for neighborhood revitalization:

An example of people infrastructure in action is a project we worked on with the City of Detroit’s Economic Growth Corporation.   The City was implementing a place-based retail storefront strategy on a major thoroughfare called Livernois (you don’t say “Avenue” in Detroit by the way). The core of the idea was to pick a key section of the Livernois corridor and fix up the storefronts that were vacant and/or blighted. The next step was to place in those storefronts local small business owners who could try out their business ideas in a brick-and-mortar setting. It was a classic pop-up retail placemaking project. Here’s an infographic I created on how to manage a pop-up retail placemaking project if you need some guidance. 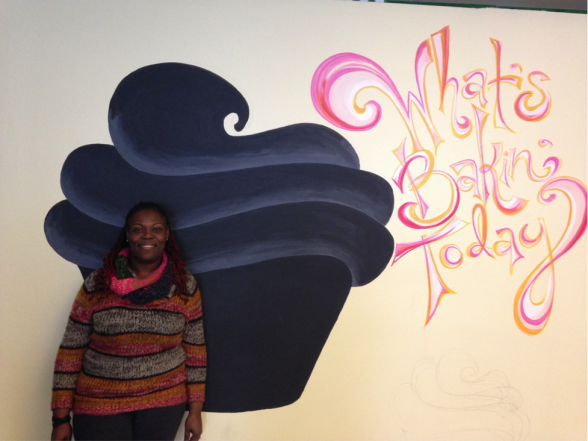 April Anderson inside of her store in Detroit. Source: Author

A big challenge was identifying local small business owners who had a viable business idea, and marrying them (figuratively speaking) with the appropriate storefront location. We helped the Detroit Economic Growth Corporation secure philanthropic ArtPlace funding for the project, create the evaluation process and understand what infrastructure needed to be in place to support the small business owners. One great result of the program was to bring April Anderson to Livernois to open her business called April’s Good Cakes and Bakes.

Not only did April’s cake business idea work in 2013, she’s recently won a competitive prize to expand her business into ice cream! The City has expanded the work of the small business pilot on Livernois citywide. Detroit’s Motor City Match program now awards $500,000 of matching grants each quarter!

Conclusion. If we truly live in the golden age of cities, and we agree with Harvard’s Edward Glaeser that the city is one of our greatest inventions, then we must also believe that getting neighborhood revitalization right is imperative for our cities to succeed. Neighborhoods bring such diversity, authenticity and life to cities, that we cannot ignore the critical infrastructure they need to be revitalized comprehensively, sustainably, and equitably. We all want the same thing: To go from groundbreaking visions to actual groundbreakings. Let’s all join together to put the 5 pieces of neighborhood revitalization in place so we can get things done.