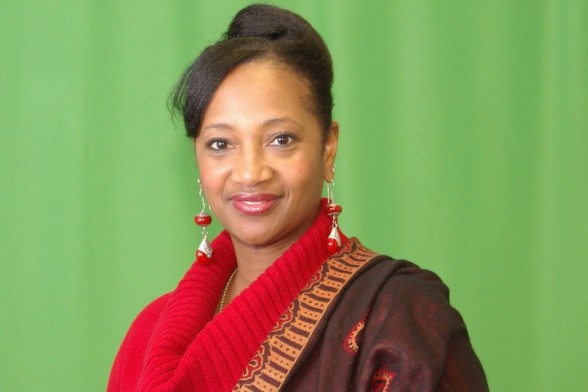 The Richmond Main Street Initiative in Richmond, California celebrates its 15th anniversary this year as part of the National Trust for Historic Preservation’s national Main Street America program. The national program encourages preservation-based community revitalization, providing a four-point framework for communities of all types, from rural towns to small- and mid-sized cities to urban neighborhoods.

Richmond falls into the latter category. At the time that it launched, Executive Director Amanda Elliott says, most Main Street initiatives were in suburban and rural areas. While there has been an increase in urban Main Street areas in the last decade or so, Richmond was an early urban program, following the lead of a similar model in Oakland.

Elliott has been a Richmond resident for over 30 years. After earning her Master’s in organizational leadership she was looking for opportunities to do something in the community and work collaboratively with people to improve their area. Nine years ago, she joined the Richmond Main Street Initiative as Executive Director.

Richmond is a city of under 108,000 people. Elliott says, “It’s mostly industrial and we still have very large industries – Chevron is still here and was founded here, before the city itself was even formed. We have a very strong industrial past. The Kaiser Shipyards here built more ships during World War II than any other shipyard. That has been the history of this city. After the War the influx of folks who had moved in for shipyard work stayed – the city’s population swelled to 100,000 and stayed there – and that created a challenge for folks who had been in Richmond and those who had relocated to city, including a lot of Blacks and immigrants. It created a very diverse population over a short period of time and there had been some racial divide; you can still see that in the way the city is laid out.”

The central part of downtown Richmond had once been a thriving district but it was decimated after the Hilltop Mall was built in the 1970s, she says. The goal of the Richmond Main Street Initiative is to revitalize historic downtown Richmond as a vibrant, pedestrian-friendly urban village offering products, services, arts, and entertainment that reflect the community’s rich and diverse heritage.

When Elliott first came on board, the community-based nonprofit’s work was in revitalizing the historic commercial district through the help the Richmond Redevelopment Agency. But, in 2012, the State of California passed legislation that dissolved all redevelopment agencies, ending a 60-year-old program that had been put in place to combat blight. At the same time, the area was still reeling from the economic and housing crisis that started in 2008, and many of the large-scale developments planned for downtown Richmond were stalled. The work of the Richmond Main Street Initiative got a bit more challenging after that, to say the least.

“We had more challenges in getting more businesses opened,” Elliott says. “We reached out to residents and businesses to keep outdoor activity in the downtown area with events, festivals, and a farmers market; we worked with local entrepreneurs, partnered with Renaissance Entrepreneurship Center and the Contra Costa Small Business Development Center, and did a lot of work supporting property owners.”

The nonprofit’s solution to the dissolution of its redevelopment agency was to create the Downtown Richmond Business Improvement District (DRBID).

“The Business Improvement District was one of the ways to sustain the work because redevelopment had been our major focus,” says Elliott.

Through DRBID, the Richmond Main Street Initiative works with property owners to support the small businesses that are already there. Commercial properties pay an assessment to keep services running, including services like graffiti cleanup, ambassador and hospitality services for safety and blight issues, and marketing and promotions services. “That’s our main sustainability model, which is used throughout the country,” Elliott says. “There are a lot of in-kind services and corporate donors.”

Downtown Richmond draws in more than 20,000 people annually through programming and various activities. “People are coming to the nighttime events, which was never heard of 10 years ago because the area was seen as derelict and dangerous,” says Elliott. “We have improved attitudes, participation, and interest.”

There are some gaps in particular types of businesses, like restaurants and coffee shops. Elliott says there are still challenges in attracting those kinds of business, but they are working collaboratively with some of their partners on a project to open a co-working space and business incubator to take over an underutilized building in the area.

“Our focus right now is getting the co-working business incubator planned and funded. We hope to have it open in 2017,” Elliott explains. “We’re also focusing on a lot of community engagement and outreach to officially to get them on board to approve the renewal of the Business Improvement District; we would like to continue that success.”

Another focus, she says, is engagement with youth in downtown Richmond. The Richmond Main Street Initiative is currently working with the UC Berkeley’s Y-Plan, an educational strategy that empowers young people to tackle real-world problems in their communities through project-based civic learning experiences, to work with the city on how youth can be better served downtown, and how they can think about technology and use it for better services. They are potentially creating an app and map for the downtown area and local businesses through Y-Plan, and are also working with area high school students on a health initiative, educating them on healthy food options and creating a healthy food economy in the area. They will also have a youth entrepreneur day at the end of April, when students from Richmond high schools will present mock business proposals to be judged, with prizes awarded to the top three proposals.

With the Bay Area growing rapidly thanks largely to the booming Silicon Valley tech industry, and spillover from people being priced out of San Francisco rapidly impacting cities like Oakland and San Jose, Elliott sees a lot of positive changes on the horizon for Richmond. “Rents are rising; housing prices are going up. We anticipate that there will be some big changes in terms of business and housing development. We have some new affordable housing already under development downtown. We also have new approvals for the Metro Walk transit development, a mixed-use planned ‘transit village’ adjacent to the only transmodel station on the BART line, serving both BART and Amtrak. There are more and more people locating to area. We expect more and more businesses to open in the next two to five years.”

Still, she says, her work has been “certainly one of the most challenging things I’ve ever done.” But she can see the changes over past several years, and the best is most certainly yet to come.