The Unlikeliest Innovations in Community Planning

In a few short weeks, ArtPlace America will announce $10.5 million in new investments in more than 25 projects across the United States that address public safety, housing, agriculture and food systems, environment and energy, and many other critical issues facing our communities. As I travel the country visiting many of the 152 communities where ArtPlace has invested over $65 million since 2011, it has become clear to me that some of the most innovative and effective ideas in our field of community planning and development are coming from a once unlikely source: arts and culture. 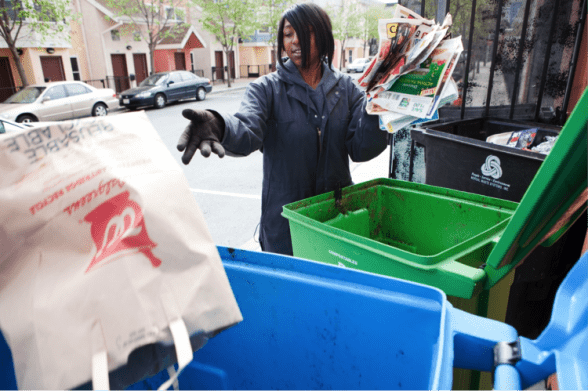 Credit: Paige Green Green Streets is working closely with waste-management entrepreneurs in low-income neighborhoods in San Francisco, Oakland and Richmond, CA to tell their stories, speak the truth about waste, beautify public housing communities and mobilize many thousands of residents to recycle and compost for the first time. By showing documentary stories and organizing discussions with property managers, community leaders, public officials and policy makers, the Green Streets community engagement and storytelling project secures contracts and creates jobs, reducing landfill waste by 50% in the communities it serves. Each new Green Streets worker recycles approximately 20,000 gallons of waste per month, and becomes a steward of his or her community. In neighborhoods plagued by drugs and turf conflicts, enterprising young men and women who used to think they were unemployable are becoming beacons of hope.

Because traditional community planning and development has not solved all community problems, nor has it included all community members in its work, many practitioners are looking for creative ways of working and problem solving. The field is thirsty for new ways to drive toward equitable, healthy, and sustainable communities, and I am convinced that the intentional integration of arts and culture with community planning and development can help build communities in which everyone has a voice and agency in creating contextual, adaptive, and responsive solutions. This approach is called creative placemaking, and communities of all sizes are using this strategy by bringing arts and culture leaders together with other community leaders and using arts and culture solutions in community development work.

Our major partners in government, philanthropy, and finance also agree that artists and arts organizations can literally shape the social, physical, and economic fabric of their communities. United in this belief, they formed a coalition to create ArtPlace – a ten-year fund – dedicated to repositioning art and culture as a core sector of community planning and development. ArtPlace accomplishes its mission by investing in, researching, and connecting those who lead and employ creative placemaking strategies.

While the community of colleagues who are deeply connected with our work at ArtPlace keeps growing, the “what is creative placemaking” question is one that I continue to answer as I meet with mayors, artists, funders, and community organizers all around the country. This is not all that surprising, since it was just five years ago that Ann Markusen and Anne Gadwa (Nicodemus) wrote Creative Placemaking, the white paper that first brought the phrase to American communities via The Mayors’ Institute on City Design.

Shortly thereafter, inspired by that publication, the National Endowment for the Arts’ subsequent Our Town grantmaking, and the formation of ArtPlace America, The Kresge Foundation embraced creative placemaking as a framework for its grantmaking, as did Connecticut’s Department of Economic and Community Development. Universities created classes on the subject, and ArtPlace received some 4,000 applications for creative placemaking projects proposed by communities of all sizes across the United States.

We are talking about community planning and development that is human-centric, comprehensive, and locally informed. 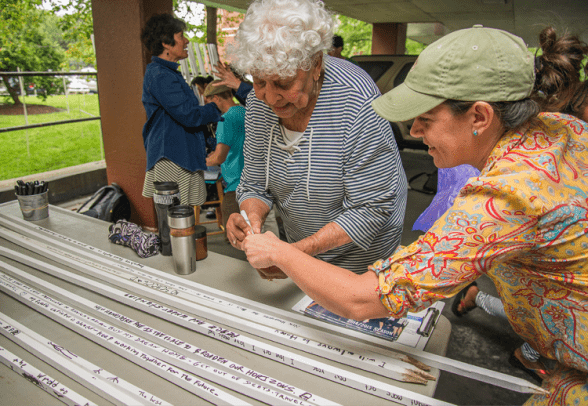 In an immediate suburb of Washington, DC, Dance Exchange, founded by Liz Lerman in 1976, is leading a multi-year, interdisciplinary project along a 2-mile stretch of New Hampshire Avenue, highlighting and celebrating what the area is, was, and could be. New Hampshire Ave: This Is a Place To… builds the capacity of city planners and officials and local community members to cultivate and maintain meaningful and reciprocal relationships with each other through artmaking and dialogue. This capacity building is occurring through both the direct sharing of the Dance Exchange tools and practices with the City of Takoma Park’s Housing and Community Development department and through the creation of a series of interdisciplinary installations and performances that highlight the stories of those who live, work, and play along New Hampshire Ave in Takoma Park, MD.

Anyone who has studied urban planning, read The Death and Life of Great American Cities, or is otherwise familiar with the work of Jane Jacobs, Holly White, and their contemporaries, hears the “placemaking” half of the phrase and instantly understands that we are talking about community planning and development that is human-centric, comprehensive, and locally informed. The “creative” simply invites artists and arts organizations to join their neighbors in shaping communities’ futures.

Those who do not share those reference points hear the “creative” half of the phrase and assume that we are investing in ill-conceived creative class strategies that believe that mayors across the country are in competition for a limited number of shiny, happy people who move constantly from city to city, leaving Starbucks, bicycles, and gay couples in their wake. Or worse, they hear “placemaking” as ominously colonial, that creative placemakers are interested in “discovering” places and treating them as tabulae rasae to be “made” from scratch.

Neither could be further from what we are doing. We essentially believe that a creative placemaking project needs to have four basic parts:

I often use Springboard for the Arts’ Irrigate project to help people understand how these four steps play out in real life.

St. Paul, MN was constructing a new light rail, and during the two years of construction, it was a pain. If you lived along the construction corridor, it was messy, noisy, and inconvenient. Worse, if you owned a business there, it was all of those things, and you were losing customers on top of that as parking disappeared and traffic snarled. 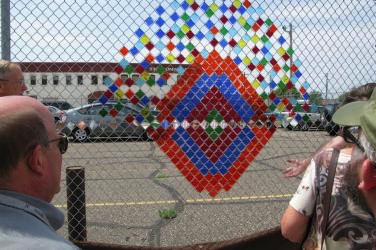 So Springboard mobilized and trained 600 local artists, who then set out to partner with local businesses and organizations. None of the artists were asked to change their artistic practice, they were simply invited to share their art along the construction corridor: visual art installations, concerts, interactive workshops, dance performances – in total these artists produced 150 events over a two-year period, changing the narrative of the neighborhood from a place to be avoided to a vibrant destination.

How did they know that that had happened? They tracked the 30 million positive media impressions that these arts events produced. No longer was this a neighborhood known for traffic jams; instead it became the cool place to go on a Friday night.

And, perhaps, the biggest benefit was for the transit project itself. Rather than teach people to avoid the neighborhood over the two years of construction, Irrigate filled the corridor with activity, creating demand for people to be able to get to and from the neighborhood. When the Green Line opened, people were already in the habit of coming and going and were thrilled to have another option for doing so.

There are thousands more examples like Green Streets, New Hampshire Ave, and Irrigate, in which artists and arts organizations are working with health, housing, immigration, workforce development, and members of their communities to help build better futures. That’s really all creative placemaking is, and it’s becoming less unlikely each day.