The Shared Economy Now and Later

With recent major victories for AirBnB and Uber in San Francisco and New York, these controversial companies are proving that the shared economy is here to stay—in a big way. While these companies have undoubtedly burst the seams of regulations and laws, their intentions are in some ways aligned with those of city governments – to improve the city experience. For example, Airbnb asserts that it helps local economies by promoting tourism, and Uber says it creates jobs and seeks to reduce the number of vehicles on the road.

Urbanization More than one half of the world’s population is living in urban areas, and the trend is growing.  In some areas, this has driven up the cost of living and led people to find alternative sources of access and income.

The Great Recession Believe it or not, the Great Recession may have been a key instigator, as access to credit and thriftiness pushed many towards renting, versus owning.  Unemployment also gave way to availability of gig workers.  Ironically, this trend is history repeating, where during the Great Depression, taxi drivers flooded the streets of New York in the 1930s, eventually leading to the imposition of NYC’s taxi medallion system.

Climate Change There is a growing ecological consciousness as people and governments consider climate change and its impact, and are looking for new ways to maximize existing resources.

Technological Innovation Technology has made the world smaller, and allowed people to connect in new ways.  This means both socially, and commercially.  This innovation has also lead to new data-driven insights, and new business models.

What do Uber and AirBnB have in common? These Unicorns are disrupting incumbent industry through the shared economy model,, are valued in the multi-billions, are backed by big venture capital money, and have shown an uncanny ability to rally loyal supporters to maintain their operating positions in cities across the globe.  They are also racking up heavy lobbying bills, defending their positions in San Francisco, New York, and across the country.

So it’s fair to say that regulators at city and country level are taking notice. In some cases, they are also taking action to try and curb their prolific growth. Taxi and vehicle-service companies have filed lawsuits against Uber claiming it has violated city regulations, as well as state and federal laws. The company has been banned at one point in time in Paris, Germany, South Korea, Spain, and even multiple U.S. cities including Eugene, Auburn, and Portland.  AirBnB has faced similar pushback.

Governments are pushing back for a number of reasons:

The Other Side of the Debate 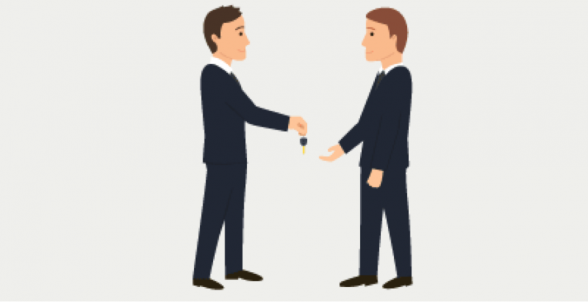 The problem lies in the fact that these companies and governments across the globe have not found this common ground as a basis to build long-term partnerships. It’s myopic to place blame fully on the disruptors, or on public officials.

The question becomes: Was it realistic to expect these companies to forgo rapid expansion and innovation disruption and instead wait for regulatory bodies and city officials to play catch-up?  How would the world look today and in five years had these shared economy giants not taken the controversial path?

As a result, cities are learning.  They are learning they cannot let shared economy companies go unregulated, but they also realize the difficulty in stopping these companies from entering their market. Most of all, they are realizing that they cannot do nothing; it’s simply a matter of being proactive, or reactive.

Nor should Uber, AirBnB and other shared economy and technology companies expect officials to do nothing.  Regulations around these issues will absolutely evolve, and so will the view of cities towards these companies.

In the wake of AirBnB and Uber, an Evolving Approach

The path laid by Uber and AirBnB may offer a new opportunity for shared economy and other technology companies looking to enter the public space to help shape this evolution and viewpoint.  Imagine a world where governments contract with shared economy companies to solve urban challenges.  This is already the case with companies such as ZipCar and bike sharing programs across the country entering into long-term Public Private Partnerships with cities.

One company that has caught my attention is CARMAnation, launched by Ilya Movshovich and Ashley Cummings – a sharing-economy startup that makes it possible for people to share their unused private parking spaces. They seek to increase the parking bounty of cities by opening up an underused resource – private space. Instead of looking at parking lots or meters like other companies have done they followed the Airbnb approach instead. However, the company has learned from its predecessors, and is partnering with cities from the get go to proactively address regulatory concerns. While renting out parking space is obviously easier than an entire apartment, there are still laws in place that need to be followed by renters. The company currently only operates in San Francisco, but has already inadvertently received approval by the City Attorney’s Office, which allows people to legal rent out their driveways or garages. CARMAnation is due to be integrated into at least six citywide transportation systems next year across the U.S. – operating legally and with the full blessing of city officials.

Up-and-coming startups, looking to “disrupt” institutions or systems that are protected by city and federal laws, can think about taking the CARMAnation approach.  Partnerships can open a fruitful dialog in addressing city concerns and protect the rights of shared economy companies—even in the face of incumbent competitors.  They will also help in building long-term value, solving critical urban challenges, and enhancing the citizen experience.