The Case Against Freeway Expansion

Matt Casale is the Transportation Campaign director for U.S. PIRG. He works at both the state and national levels, advocating for the development of a cleaner, safer, and more modern transportation system. He has authored several reports on transportation spending, public transit, and electric buses.

No one likes to sit in “soul crushing” traffic; they call it “soul crushing” for a reason. People move because of traffic. They decide not to take jobs or leave the jobs they have because of traffic. It’s not only bad for blood pressure, it’s also bad for the health of a city. More traffic means more global warming emissions and more air pollution that worsens asthma and causes heart and lung disease. It means wasted hours and lost productivity (and money) for local businesses.

For all these reasons (and more), it’s no wonder cities across the country are looking for ways to alleviate traffic. But does the traditional go-to solution of expanding freeway capacity actually help? 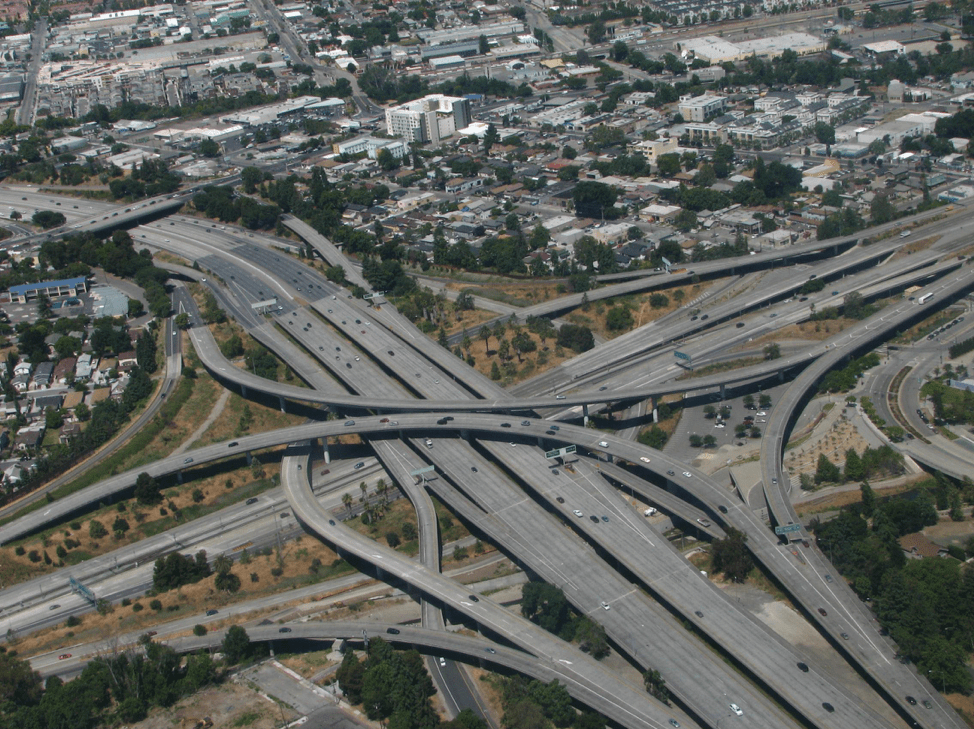 Cities across the country are spending billions of dollars to lay new pavement. But does it actually help solve any of our transportation problems? Image: Wikimedia Commons.

The Problem with Freeway Expansion

Expanding an urban freeway is an expensive way not to solve a problem. Time and time again, we’ve seen that when cities add urban freeway capacity, it results in more freeway travel and doesn’t reduce congestion. And yet, states are still spending billions of dollars doing it.

When you widen a highway, you set off a chain reaction of societal decisions that ultimately, and oftentimes quickly, brings you back to a congested highway. Businesses might decide to move or build new locations on the outskirts of the city in order to take advantage of the new highway; residents may choose to move farther away in pursuit of cheaper housing; commuters who had been leaving earlier for work in order to avoid traffic might travel at rush hour once again; those who had been taking public transit might get back into their cars.

This phenomenon, called “induced travel” or “induced demand,” takes up additional space on highways, and is so predictable that it has been called the “Fundamental Law of Road Congestion.”

With transportation emissions now the number one contributor to global warming, we must promote low-carbon forms of transportation wherever possible. Highway expansion does just the opposite.

Freeway expansion can also cause irreparable harm to communities: forcing the relocation of homes and businesses, widening “dead zones” alongside highways where street life is unpleasant or impossible, creating barriers between neighborhoods, reducing the city’s base of taxable property, and creating noise and pollution that degrades quality of life.

To Build or Not To Build: Tampa vs. Seattle

In 2016, the Florida Department of Transportation (FDOT) was moving forward with a $3.3 billion plan for new toll lanes to let drivers bypass congested traffic on I-275, I-75, and I-4 in Tampa. The project was moving forward despite FDOT’s acknowledgement that it would not solve the region’s congestion problems.

Aside from being expensive and unnecessary, the new project would also cut through the community of Tampa Heights, destroying historic homes and businesses, centers of culture and community life, and even part of a popular water park the city spent millions to build and open in 2014. In response, community groups like Sunshine Citizens worked to stop the project by holding marches, attending public meetings and going to the press.

Their work paid off: In May of 2018, FDOT announced they were cancelling the project due to “community opposition.”

In part because of that decision, the community is thriving. A newspaper column published in the Tampa Bay Times notes that “Tampa Heights is exploding” with bars and restaurants, and with more pedestrians and bicyclists than ever (although not enough crosswalks). Rather than building a bigger highway, the neighborhood has been working to slow traffic. Palm Avenue, which runs across I-275, was put on a “road diet” with more space for pedestrians and bicyclists, and slower speeds. Sunshine Citizens is currently building support for a project to convert the raised I-275 highway into a multi-modal boulevard that supports walking, biking, and light rail.

Unfortunately, Tampa’s story isn’t a typical one. The more common refrain goes something like this. After a 2001 earthquake damaged the Alaskan Way Viaduct, an elevated highway along Seattle’s downtown waterfront, the city began planning a replacement tunnel that would increase total traffic capacity. The tunnel project not only came with an exorbitant price tag, but it was also unlikely to reduce congestion, according to the state’s own data. Nevertheless, Seattle moved forward with the tunnel. After falling more than three years behind schedule and running more than $200 million over budget, the tunnel opened in February 2019.

But before the tunnel opened, the closure of the old Viaduct highway provided a real-time experiment of what happens when a city removes an urban highway. The Viaduct was closed three weeks before the new tunnel was set to open, an event termed “Viadoom” by the local media, with predictions of interminable traffic jams in the period between the closing of the old highway and the opening of the new. But the predicted traffic never materialized.

Instead, with both highways closed, the traffic seemed to melt away. The Seattle Times asked: “What happened to the 90,000 cars a day the viaduct carried before it closed?” There were many possible reasons: More people commuted by bus, bike, and water taxi, with transit riders benefitting from expanded service made possible by a recent boost in local public transportation investment. Others changed their commutes or just worked from home.

The phenomenon was induced travel in reverse: Remove highway capacity, and people find ways to drive less. As Mark Burfeind of INRIX, a traffic analytics company, told the Times: “For lack of a better term, the cars just disappeared.”

Today, the new tunnel is up and running. Many commuters have resumed their old habits, and peak time traffic counts are already slightly higher than they were on the viaduct.

What should cities do?

Sometimes, what we don’t build is more important than what we do build. Cities should rethink any plans to add freeway capacity, and consider reducing capacity instead. As we saw in Seattle, reducing capacity, even without doing anything else differently, doesn’t lead to “carmageddon.” People find other ways to get around.

It only lasted a few weeks in Seattle, because a new $3 billion tunnel opened not long after the old freeway closed. But a number of other cities have decommissioned urban freeways (without opening new ones) and seen positive results: the Harbor Drive in Portland, Oregon, the Embarcadero Freeway in San Francisco and the Park East Freeway in Milwaukee, to name a few. In all three cases, the cities were able to improve the quality of life for residents while seeing some decreases in traffic. 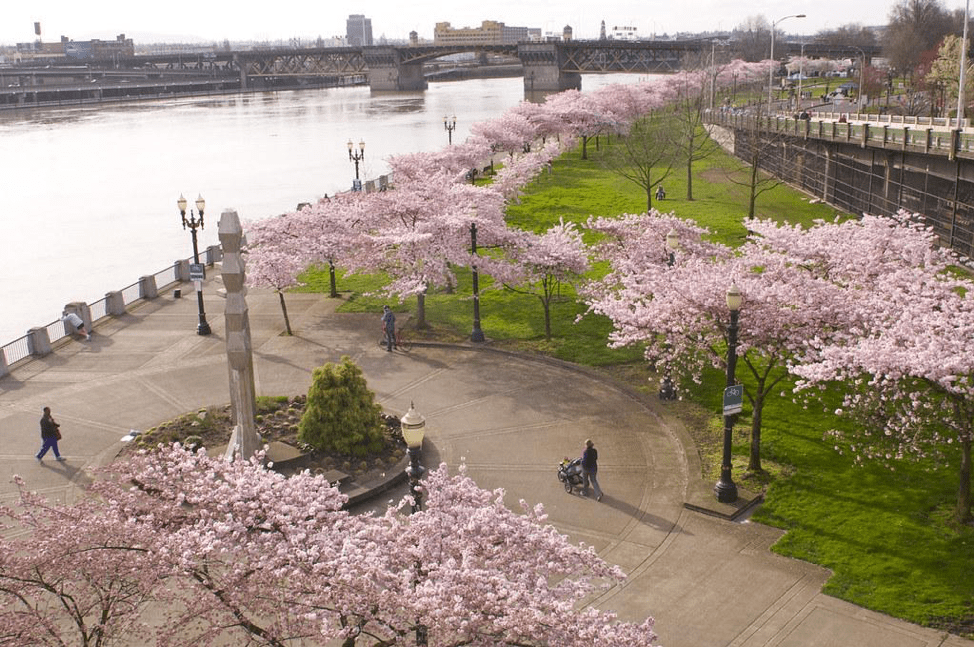 Better yet, at the same time we are decommissioning freeways, we should be investing in lower impact modes of transportation, including public transit, walking, and biking. Even if there’s still traffic around the city, at least people will have more options to avoid it. And if we’re going to have any chance of meeting short or long term climate or clean air goals, we have to get people out of their cars and onto a bus, bike, or their feet. But that will only happen if we stop building newer and bigger highways and instead focus our efforts on making it easier for people to drive less and live more.