Technology Can Do Much More than Optimize Cities

Eddie Copeland is Director of Government Innovation at Nesta and a member of the Smart London Board. 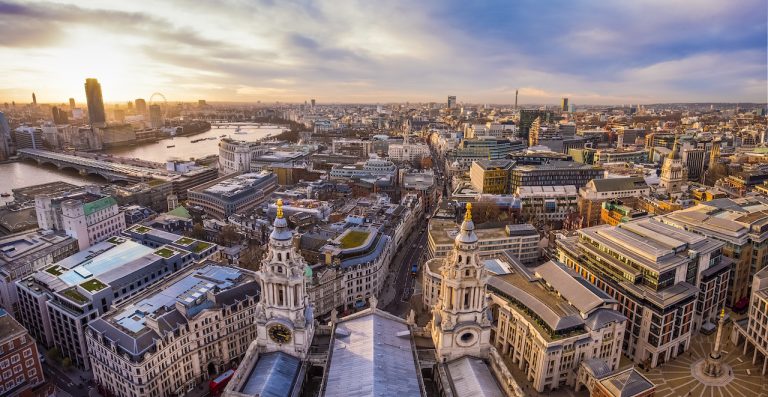 A significant part of the field of urban innovation focuses on the potential of technology to solve city problems. Nowhere is this more clearly seen than in the world of smart cities.

A dominant smart city narrative goes something like this: Today we are lucky to live at a time when a number of game-changing new technologies have reached a state of maturity. We have smartphones, apps, cloud computing, big data, the internet of things, artificial intelligence and blockchain. If we can just get the right technologies embedded in our cities, we can make them better, more efficient and sustainable places to live, work, and visit.

This technology-driven narrative may sound obvious and perhaps even compelling. But it’s at best misleading. At worst it encourages technology initiatives that are wasteful, superficial and, frankly, wrongheaded.

First, this approach encourages city authorities to focus their attention on technological means, rather than the real-world ends they want to enable. There’s a particular risk that cities adopt new technologies because they sound innovative (show me a city that doesn’t think it needs an AI strategy), instead of considering whether the solution is the most appropriate.

Second, responsibility for urban innovation can end up being delegated to, and effectively led by, technology teams (or tech consultants), which feels like the tail wagging the dog.

And third – as a direct result of the above – cities can end up bolting on new technologies to their old ways of working, leading to superficial reforms.

The View from City Hall

As someone whose job centres on helping governments to innovate, my primary interest in smart cities is how city authorities and their public sector partners approach the use of technology to enable the outcomes for which they are responsible. That includes classic urban functions such as the provision of public transport, but also the delivery of services and the creation of thriving communities.

Put simply, the default mode of most cities has been to use technology to optimize what they already do. I think that’s problematic.

In the wake of the financial crisis of 2008, the budgets of many city governments have taken a hit. In the case of the UK, dramatically so. English local authorities have faced central government funding cuts of nearly 50% since 2010-11. In January 2019, the Centre for Cities reported that local government spending cuts have cost every person living in Liverpool £816 in reduced spending on local services such as collecting the bins, street cleaning, social care and public toilets.

Even in those cities that have been lucky enough to maintain their budgets, many acknowledge that in some domains – such as the provision of care for vulnerable families – they wouldn’t choose to deliver services as they are now if they had the chance to design them anew.

In short, traditional, top-down models of public service provision by city authorities are no longer always sufficient or desirable.

In my view, it’s a missed opportunity if city authorities use the wonders of new technology merely to optimize what they already do. Instead, the real potential for smart cities is to enable radical alternative operating models for meeting their communities’ needs.

Technology can enable organisations to be reshaped and teams to be empowered to function more effectively. For example, in place of having hundreds of community nurses timetabled to the nearest few minutes by a large back office staff (as is the case in many cities), the Buurtzorg model sees nurses arranged in self-managing teams of no more than 12. Those teams handle their own recruitment, time management, schedules and workload for their patch, which covers up to 60 people.

The result has been the creation of 900 teams in the Netherlands, supported by a back office of just 50 administrators and 20 trainers. The model has led to radical improvements in service outcomes, up to 40% cost reductions and higher staff morale. Technology is a key enabler of this model, as teams are able to coordinate their activity and support each other through their own social network platform.

Augmenting the capacity of a public service with volunteers.

Technology can enable new groups of people to work alongside city services. When somebody calls emergency services to report a cardiac arrest, as well as dispatching an ambulance, many ambulance crews worldwide are able to send out an alert to GoodSAM. The GoodSAM app alerts qualified first aiders in the vicinity of the victim, highlighting their location and that of the nearest defibrillator so they can hurry to the scene and potentially save a life.

Significantly, this is not an app that just digitizes calling the emergency services. Rather, it augments the capacity of the public service by intelligently tapping into a volunteer network.

Government as a matchmaker.

City authorities might consider creating or supporting websites and apps that connect two sides of a market in a particular sphere, matching those with certain needs with others who can address them. Nesta has supported a number of ideas along these lines, including TrustonTap and Equal Care Co-op, which help connect those in need of care with local carers.

Similar technologies can enable public sector organisations to connect citizens to provide peer support to each other. This idea is neatly demonstrated by the Nesta-backed charity Beam, which uses technology to connect homeless individuals with groups of donors willing to fund their back-to-work training.

There are many third sector organisations operating in cities that are using technology to address social issues. Some of these initiatives focus on helping citizens better participate in their communities and address city needs that would otherwise place demands on city services. We call this digital social innovation. Such initiatives should be proactively supported by the public sector as they can dramatically increase the resources available to tackle urban challenges.

Releasing open data to encourage the provision of services by others.

Organisations like Transport for London have enhanced their service by releasing open data of sufficient quality and reliability that it’s enabled others to build useful products and services. More than 700 transport apps have been created by external developers using TfL’s Unified API, helping TfL’s customers, and saving TfL an estimated £4 million a year.

Within the traditional, top-down public service model, city authorities tend to optimise their service by playing with a number of parameters. They can, for example:

By contrast, if cities wish to embrace more radical, alternative operating models, there are additional parameters they can adjust:

How Alternative Do You Want To Be?

I don’t pretend it’s simple for city governments to shift to these new ways of working. To make progress, at least two things are needed.

First, we need much more research and experimentation to figure out which alternative models are viable in different areas of a city authority’s functions. After all, there might several models that could work in the fields of providing care or public transportation, but relatively few alternatives to city waste collection. Cities need help to understand their menu of options.

Second, city authorities need real support to transition from their current ways of working to new ones. This is not as simple as it sounds. Look to the private sector, and there are relatively few examples of businesses that have radically shifted from one way of working to another. Far more frequently, new businesses emerge that disrupt the status quo, eventually forcing predecessors in their sector to go out of business (think Netflix and Blockbuster). Some of the most well-known models of innovating in the social sector are likewise creatures that started anew outside the public sector, such as Buurtzorg.

To a very real extent, city governments are held back by the fact they can’t go out of business. It’s fundamentally harder – in any sector – to reinvent an organisation than it is to create a new one. That’s especially so when the organisation is as complex as a city government with 900+ lines of business, and where the stakes of failing are so consequential. Policymakers and the wider innovation community cannot shirk the question of transition.

For its part, Nesta will be embarking on a year-long programme of work to explore alternative operating models and the big questions facing their adoption. Those questions are many. But one thing seems certain: if city governments only use technology to optimize what they already do, they will never fulfil the true potential of the smart city.

Following such a tumultuous school year where change was the only constant, perhaps there is no greater opportunity for colleges and universities to reimagine their campuses than there is today. To stay relevant in today’s increasingly competitive educational marketplace, schools must embrace the smart technologies that will enhance the collegiate experience and ensure seamless operations regardless of the next crises. By being proactive and planning now, schools can install the robust communications backbone and agile infrastructure necessary to support emerging technologies and create the connected campus of the future.

Small-scale manufacturers are locally owned businesses that produce anything from hats to hardware to distilled spirits to coffee and more. Unlike large manufacturers, they fit into relatively small commercial spaces and are clean, quiet neighbors. Your city might be home to some of these kinds of businesses already.

How Cities Are Preparing for the Future of Work

Given the rapidly changing “future of work” space and the impact on our cities over the last 15 months, I decided to catch up with Robert Hoyle Brown to get the latest trends and insights on where we are now and where we are headed next.

Their new report “21 Places of the Future” touches on the key drivers for the creation of jobs in relation to place. We discussed how architectural heritage is tied to jobs and place. We also discussed how people matter and the future role of philosophers and ethicists in our data-driven world. Given the recent cyber attacks on US companies, we discussed the role of cybersecurity as a driver for the creation of jobs, including the jobs of cyber attack agent and cyber calamity forecaster. And we discussed the future of virtual workplaces. Here to stay, go, or evolve? Take a look.