Tangled up in Blockchain: Blockchain, communities and their global implications for a new energy paradigm

Molly Webb is Founder of Energy Unlocked, working with new market entrants to accelerate the pace of energy system transitions to meet ambitious climate change targets. Their recent EPIC project identified 100 energy productivity innovators, including blockchain based solutions. http://www.energyunlocked.org. Get in touch to get involved.

The promise: Off grid communities producing and sharing resilient, cost-effective solar energy without an electricity supplier, and generating a SolarCoins as added income…. Communities in major cities choosing the price or type of electricity generation moment by moment, as they share electricity between ‘prosumers’, reducing grid congestion and achieving low carbon targets at the same time….

These are just two potential ways blockchain can transform energy as we know it. Blockchain is not just for finance anymore — it’s most famous as the underpinning technology of cryptocurrency Bitcoin — but can be used for applications as different as transparent land titling or voting. But are ‘energy blockchains’ able to deliver the promise of renewable, decentralised energy? For now, we may be at the peak of the ‘hype’ cycle. More companies are working on blockchain than deploying it.

Certainly there are already real projects delivering real value to customers amongst the hype. Companies like LO3 Energy and Power Ledger are engaged in Peer to Peer energy trials, but these are very early stage. Solar PV forecasts within 5% accuracy are being tested in Cyprus by SolarChange. CEO Assaf Ben Or is confident that “smart predictions, insights and forecasts can be taken to a new level, driving efficiencies, saving millions and impacting the global renewable energy marketplace.”

This year and next will see an upsurge in the number of demonstrations. We will learn what works and what doesn’t, how consumers react and participate in new business propositions. The underpinning technology will be evolving alongside.  As Lawrence Orsini said from LO3 Energy, “We have built our own energy blockchain and Transactive Grid platform to test how consumers adopt this technology and more importantly the markets and services it enables in Brooklyn. We are going to be bringing the technology to a number of demonstrations internationally the next few years to make sure we’re not just creating value for people in Brooklyn, but for communities all over the globe.”

Part of adoption of any new paradigm is discussion. Today, innovators, utilities, regulators and experts will descend on Vienna, Austria for the Event Horizon Global Summit on Blockchain Technology and the Energy Sector to share the latest case studies and insights about putting blockchain to work for energy outcomes.

In this spirit, energy blockchain application developers Grid Singularity and NGO Rocky Mountain Institute, along with major global utilities, will today announce the Energy Web Foundation. Not only will the focus be case studies, but the plan is to promote a standard platform (think Linux, the open-source underpinning operating system of the Android mobile platform). “We’re solving some key issues with open ledgers applied to energy, such as the speed and security of transactions,” said Grid Singularity CEO Ewald Hesse.

While standards are crucial to creating big waves from new technological ripples, utilities that are participating in the new initiative may not be able to thwart history. A disruptive new paradigm does not frequently come from the dominant industries of today. Cast our minds back to 1980, when mobile phone telephony company AT&T (and McKinsey) famously predicted mobile phone uptake would be about 1 million in the year 2000, when in fact it exceeded 100 million. 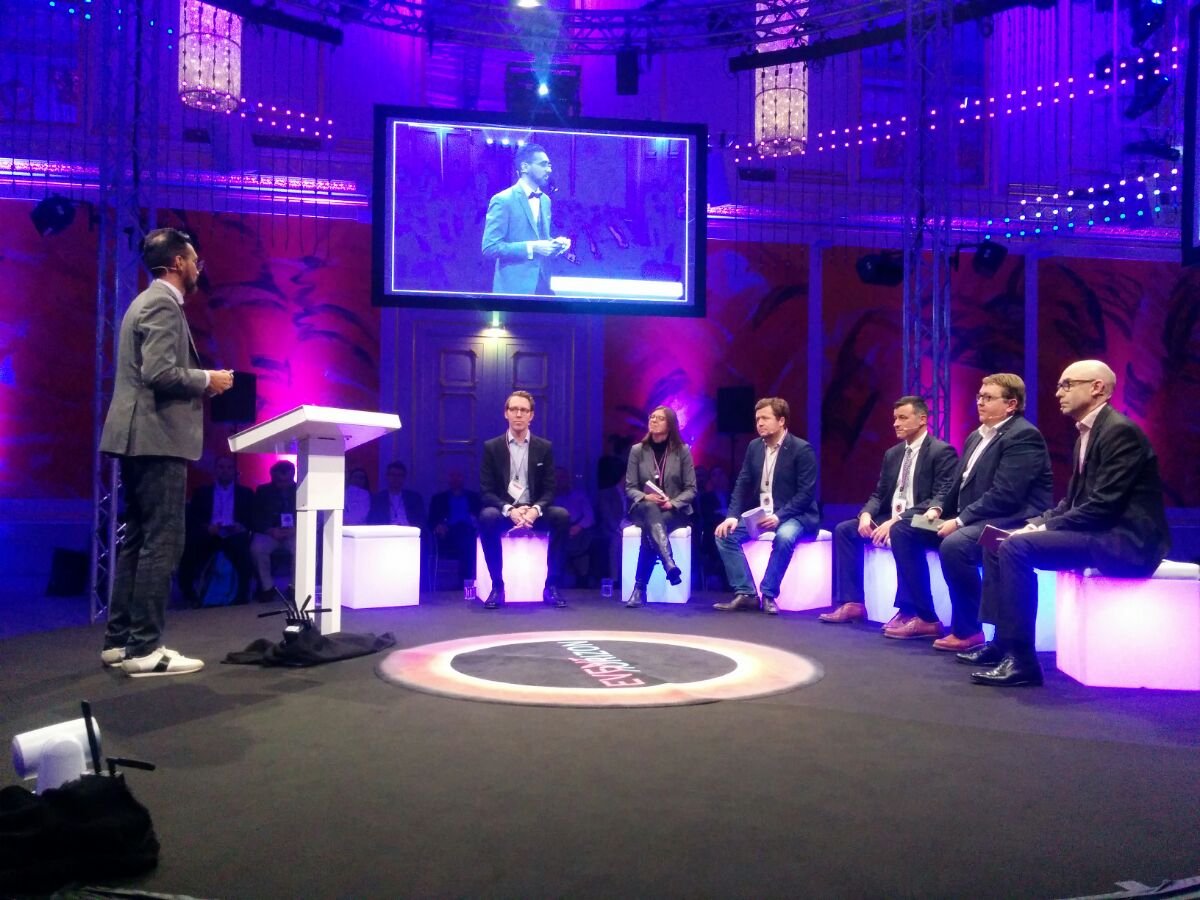 AT&T eventually got back into the mobile industry, but I wonder would the world be different if they hadn’t left at that early stage? Would we have seen the competitive industry explode to 5 billion + mobile subscribers today with leading companies Apple and Google vying for smart-phone platform domination, and the host of copycat innovations that follow? Google didn’t exist until 1998, 20 years after the first phone mobile phone was trialled. Dominant players of today’s energy system may not be the leaders of tomorrow’s. As UK-based Mongoose Energy’s Mark Kenber, advisory board member to Energy Unlocked, said, “We expect to see many new forms of community energy companies changing how energy is owned and controlled. We’re just at the beginning.”

Energy and mobile access together provide access to markets and education, opportunities and livelihoods. Blockchain is a technology fit for enabling the distributed transactions that a mobile-enabled world craves. Most of us may never know blockchain is at the heart of it all, but will instead enjoy the benefits it brings. May the experiments continue.