Taking a Look into Our Adaptation Blind Spots

Susanne C. Moser is a geographer (Ph.D. 1997, Clark University) who works nationally and internationally as an independent scholar and consultant from a base in western Massachusetts. Her work with government agencies, non-profits, foundations, and other researchers and consultants focuses on adaptation to climate change, resilience, transformation, science-policy interactions, and effective climate change communication. She is a prolific writer, an inspiring speaker and has served on scientific advisory boards for Future Earth, the International Science Council, the US National Research Council and has contributed to the IPCC international climate and US national climate assessments. 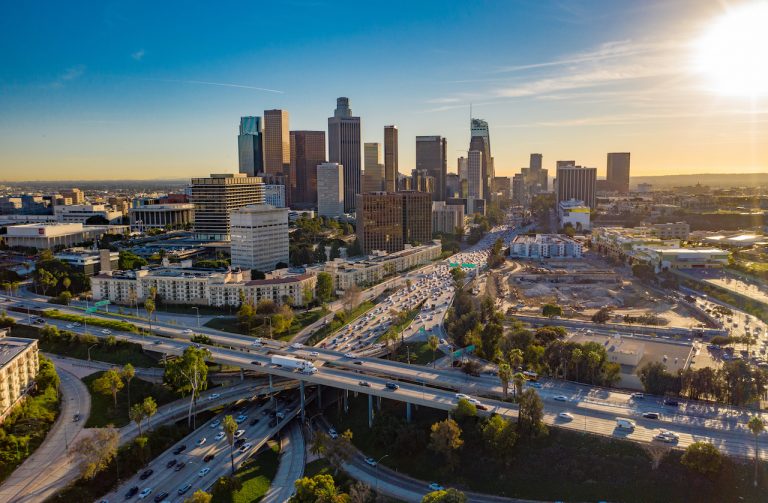 Many local governments have begun to prepare for the impacts of climate change. While online guidance abounds, how to make it real in any one community is a daunting task, constrained by many barriers and other issues competing for attention.

But they, and you, are committed to keeping your cities safe, protected, and able to withstand the ever-more-present (and pressing) consequences of the climate crisis.

Here are four things I’ve learned about the blind spots we all seem to have in this work of resilience-building and climate adaptation, and how to address them.

Adaptation is Not All Local

Sometimes what gets most in the way of making progress on adaptation is old or wrong thinking. One of those outdated, nevertheless often-repeated things you may have heard, or even uttered yourself is: All adaptation is local. I have banged my head against that sea wall for as long as I have worked on adaptation. It is simply not true. Adaptation is  “local and.”

In 2011, a series of floods in Thailand killed scores of people, damaged the Thai economy, ruined computer chip manufacturing plants, prevented workers from getting to work to clean up, leaving factories out of commission for months. By the time the damage was tallied, the bill came to nearly $46 billion in economic damages worldwide.

There are countless examples like this of far-away events rippling through our globalized world and affecting us through:

While not a complete list, it’s immediately obvious why these far-flung connections matter to local adaptation.

Think about how your city would fare through a sunny day with just one of these lifelines disrupted. Now try responding to an emergency – climatic or otherwise – without electricity, communication, or fuel.

“Ah yes,” you say, “We got that! We have back-up plans. This won’t be more than a short-lived nuisance.”

Famous last words. In adaptation, that may be a dangerous, life-risking blind spot.

How do I know? Well, we went through the exercise of looking at the ways in which jurisdictions in the greater Los Angeles area are linked with one another and others far away. For some possible climate disruptions, lifeline managers were prepared; for others not, revealing both vulnerabilities and opportunities for improving adaptation that did not come up in locally-focused climate risk assessments.

Here are some things you can do:

There are more strategies where that came from. You’ll be surprised by what this expanded perspective reveals about your vulnerabilities and strengths. It’ll make your adaptation efforts so much more robust.

Adaptation is Not All About Protecting What We Have

Do you ever wonder what you’re working to achieve with adaptation? Reviews of adaptation plans have revealed that most communities rarely state what their intended objectives are. They look at climate scenarios to protect against, but what level of protection, or what positive outcomes they hope to achieve often remains unsaid.

What People Most Want from Adaptation

In 25+ years of working on adaptation, I have observed three basic things people want from adaptation:

These are not mutually exclusive categories. It’s more like a progression people have to work through against the backdrop of continuous change and the real limits to adaptation they face. It’s also a sequence, planners work through over time.

But most planning begins without asking communities what they want or need. Planners use words like “resilience” because it sounds positive. But they don’t explain what they mean by it and rarely ask what resilience means to those at risk from climate change.

We ran into these unspoken assumptions in a workshop of experts and practitioners. It was mind-bogglingly difficult to get anywhere until we did the hard work of understanding what everyone meant by resilience. That, it turns out, is just the start, but then people can get clear about and get behind what they are working toward together.

Measuring Adaptation Progress and Success Is Not an “Extra”

Once your shared goals are clear, how would you know you are making progress in the right direction? “How should we measure success?” is a question I get asked time and again. Over nearly 10 years now, I’ve worked with experts, government staff from every level, NGOs, and consultants on just this question. You can read about and use what we learned at www.resiliencemetrics.org.

What gets measured, gets done (only sometimes).

This old adage is not always true. Just ask any of your staff what they track and what gathers dust on the shelf! It is true only when

Measuring progress and success starts on Day 1 of adaptation (not at the end).

Maybe you thought “M&E” (monitoring and evaluation) comes after all other adaptation work is done. By then, most have run out of steam, can’t find funding for it, and argue they don’t need it anyway. We learned that truly helpful M&E starts when you begin thinking about adaptation. Why? Because developing a vision of success with indicators and metrics fits perfectly into the planning process. In fact, it makes planning better and implementation more likely. We got facilitation tools and job aids right here, and will add others as we learn more.

Wouldn’t it be nice if someone had that perfect set of adaptation metrics that you could adopt wholesale? Yes, that would save a lot of time. But the reality is, that set of standardized metrics doesn’t exist. And while we may identify one that we can all agree on in the future, for now, it’s a bottom-up problem. You need metrics that:

That’s why our toolkit is meant to help you find the metrics that work for you.

Adaptation Is About People

I was going to end on the money side of adaptation, because I hear it all the time: “measuring progress is all fine and good but adaptation can’t advance until we have (more) money.” I get that. But that issue, too, demands a much more careful look at adaptation finance challenges. If you’re interested check out the shorter research synthesis or full report on typical challenges communities face and how to address them.

As “messengers of bad news,” they are often not greeted with open ears and arms. They also contend with legacies of racism, poverty, injustice, and pre-existing crises (e.g., the opium crises) as they work to find answers to the rapidly accelerating climate crisis.

Like you, they are committed to finding workable solutions every morning they come in the office. Like you, they go home every night feeling it’s never enough.

Burnout and Climate Grief are Real

In an ongoing survey of adaptation professionals (some early results), we’ve learned that four out of five experience burnout. Yes, 80 percent. Let that sink in for a minute.

Adaptation professionals are committed to doing what they can help to support their communities, yet face dark scientific realities and frequent uphill battles to advance their work. Their task is not just technically difficult, but psychologically burdensome. We’re now working to identify what skills and capacities adaptation professionals need to keep showing up and keep going without harming themselves. We call it building the “adaptive mind.” Until we get the necessary funding to develop robust answers, trainings, and resources, here are some initial ideas to help.

In the meantime, I urge you to check in with your staff and have a real sit-down conversation about how they, and you, are doing.

After all, this is what we ultimately have to get through this climate crisis: each other.

This article was originally published on September 8, 2020.

After the murder of George Floyd we wrote this article as a kind of blueprint, a beginning to a new way of working with equitable resilience in our cities and beyond. Now, as the trial of Derek Chauvin comes to a guilty verdict in Minneapolis and the whole country reflects on the legacy of that verdict, we have to remember another senseless murder – another young Black man, Daunte Wright, at the hands of law enforcement, just miles from the courthouse. Again, Minneapolis is all of us. We have protested, we have voted. We stood up, we spoke out, we have raged about the anti-Black racism. We have seen people come together, we can feel a shift in this country. But there is so much more to do. No equity, no resilience.

by Walker Wells, Principal at Raimi + Associates and Lecturer at UCLA, and Kimberley Vermeer, President and Founder Urban Habitat Initiatives.

Housing that is affordable to low-income residents is often substandard and suffering from deferred maintenance, exposing residents to poor air quality and high energy bills. This situation can exacerbate asthma and other respiratory health issues, and siphon scarce dollars from higher value items like more nutritious food, health care, or education. Providing safe, decent, affordable, and healthy housing is one way to address historic inequities in community investment. Engaging with affordable housing and other types of community benefit projects is an important first step toward fully integrating equity into the green building process. In creating a framework for going deeper on equity, our new book, the Blueprint for Affordable Housing (Island Press 2020), starts with the Convention on Human Rights and the fundamental right to housing.

Since the Great Recession of 2008, the housing wealth gap has expanded to include not just Black and Brown Americans, but younger White Americans as well. Millennials and Generation Z Whites are now joining their Black and Brown peers in facing untenable housing precarity and blocked access to wealth. With wages stuck at 1980 levels and housing prices at least double (in inflation adjusted terms) what they were 40 years ago, many younger Americans, most with college degrees, are giving up on buying a home and even struggle to rent apartments suitable for raising a family.

What makes it hard for policy people and citizens to accept this truth is that we have not seen this problem in a very long time. Back in the 1920s of course, but not really since then. But this is actually an old problem that has come back to haunt us; a problem first articulated by Adam Smith in the 1700s.