The Onramp to the Internet is Broken, But Cities Can Fix It

If you do a search for “companies with the worst customer service” in 2017, you’ll find that the top three worst companies across all industries in the United States just happen to be large Internet Service Providers.

It is tempting to attribute the poor customer ratings solely to operational flaws inside these companies and gloss over the fact that the three worst on the list are all from the same industry. Is it possible that the roots of customer frustration are growing in the soil of flawed business models in this industry? It is one thing to be on the receiving end of poor customer service, but what makes people really angry is the powerless feeling of being boxed in and bereft of choices for services that are important to them as consumers.

An Internet Service Provider (ISP) provides access to the internet. One way to think about the ISP is as the digital onramp to the digital highway.

Any company that seeks to compete as an ISP in today’s model needs to build its own infrastructure to get a wire or a signal from a central office to the customer. If our shipping industry followed the same model that has been adopted by today’s ISP’s, FedEx would build its own set of roads to customers, UPS would build an additional set of roads, and the US Postal Service would build yet another set of roads. 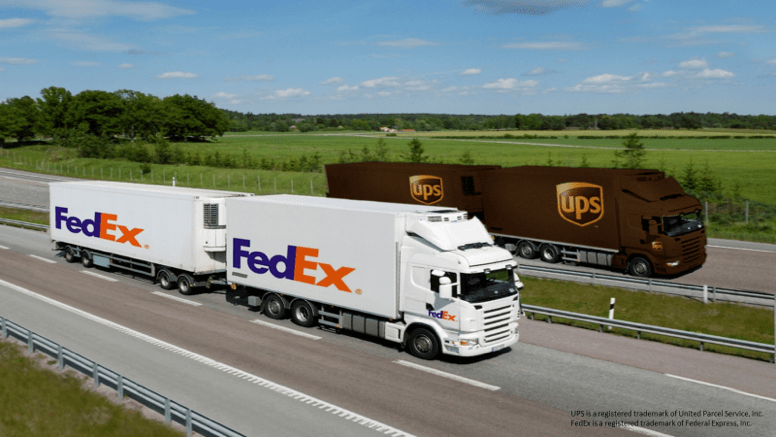 This is an absurd idea because the cost and physical constraints are prohibitive, but this is exactly the model we continue to accept for internet access. Although it is economically inefficient, ISP’s continue to maintain control, with this model in place, because incumbent companies in the industry understand that whoever controls the infrastructure, controls everything.

This model creates very steep barriers to entry, which in turn leads to weak competition and closes the industry to outside innovation. The dominant ISPs are reluctant to replace old, obsolete infrastructure and they perpetuate the notion that bandwidth is a scarce resource while ignoring the implications of the digital divide.

Marketing man Rory Sutherland has argued that wealth is a function of the number of rewarding choices an individual has the power to make. Technologies and business models which are most valuable are those that allow people to do meaningful things that were previously not possible.

The internet moves power to the consumer and provides a wealth of choices. ISPs control power by controlling infrastructure and, therefore, they constrict choice.

It is time to re-think the way we access the internet.

Fiber Optics Infrastructure as a Utility

Many cities have built out some fiber connecting anchor institutions and city infrastructure. More than 100 cities have built out Fiber-to-the-Home projects in the last 10 years. Nearly all of the Fiber-to-the-Home projects have defined the problem they were solving as bringing fast internet to their city. In many cases, these cities have replicated the traditional ISP model where one ISP serves the residents over the city’s broadband infrastructure. This approach can improve infrastructure and is likely to improve internet speeds but it falls short in creating all of the benefits of competition and moving control to the consumer.

Ammon, Idaho has defined the problem differently. After voting to move forward with a fiber network, the objectives of city leaders were to:

In September of 2016, the Ammon network went live after achieving all of the goals of City leaders. Phase 1 of the project started at a 67% take-rate and that has now moved beyond 75%.  Phase II is on a path to match or exceed those numbers. Because services reside in a cloud connected to the infrastructure, Ammon residents can switch their ISP in less than 30 seconds via a portal interface.

What happens to price when real competition exists? The average cost for a 50/5 connection in Ammon prior to Ammon’s launch was $75.00. The first ISP to come into the Ammon Service Provider Cloud was priced at $44.95 for a 100/100 connection. Because Ammon has lowered the barriers to entry for service providers and created competition via the cloud, the price for a 100/100 ISP fell to $9.99 within 10 months of the start of the network. 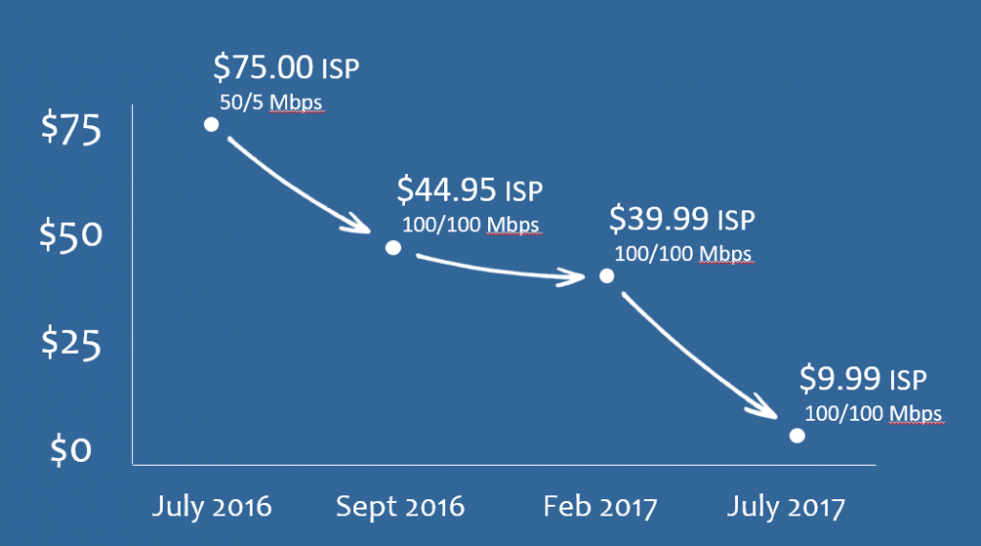 Each resident who voluntarily subscribes is assessed $3,000 for their connection to the Ammon backbone. This can be paid in a lump sum or over 20 years at $17 per month. Subscribers also pay $16.50 per month for maintenance and operation of the network. Once connected to the infrastructure, subscribers have access to the services portal – which includes ISP services. For less than $44.00 per month, residents get a Gig pipe and a 100/100 Mbps ISP connection. 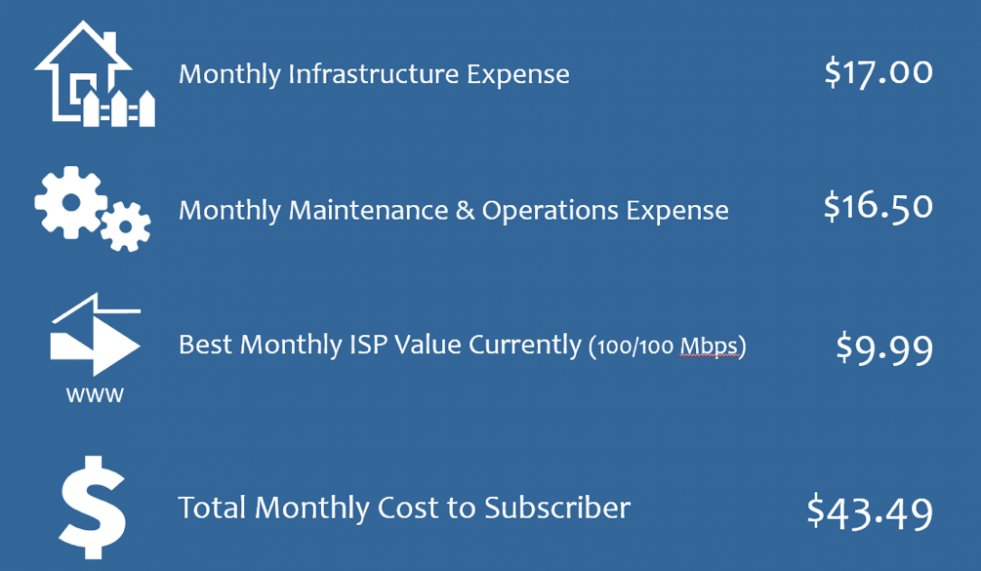 The significance of the Ammon Model is that control has been moved from the ISP to the consumer. Real competition is happening and the cost of services have fallen dramatically. Ammon is the first to deploy open infrastructure using an improvement district and they did it without incurring municipal debt. Importantly, other cities are now replicating the Ammon model and we expect to see new forms of innovation on this open infrastructure.

Kevin Kelly, the founding editor of Wired Magazine, wrote an important ebook called New Rules for the New Economy; in it, he says:

“Of all the endeavors, we humans are now engaged in, perhaps the grandest of them all is the steady weaving together of our lives, minds, and artifacts into a global scale network.”