Justin M. Bibb and Ian T. Brown are the Founding Partners of the Morris Strategy Group, strategic consultancy that provides advisory solutions to companies, institutions, and governments. Collectively they have over 10 years of experience advising leaders in the public, private, and social sector on issues related to urban policy, economic development, and community revitalization.

Your city is on the hot seat now. As a city leader you have done your job to bring new energy and vibrancy to dilapidated neighborhoods. Young people have moved downtown. Artisans from across the world have begun to rejuvenate your artistic class. There is a new sense of momentum, but the promise of a true urban renaissance has been complicated by notions of gentrification. 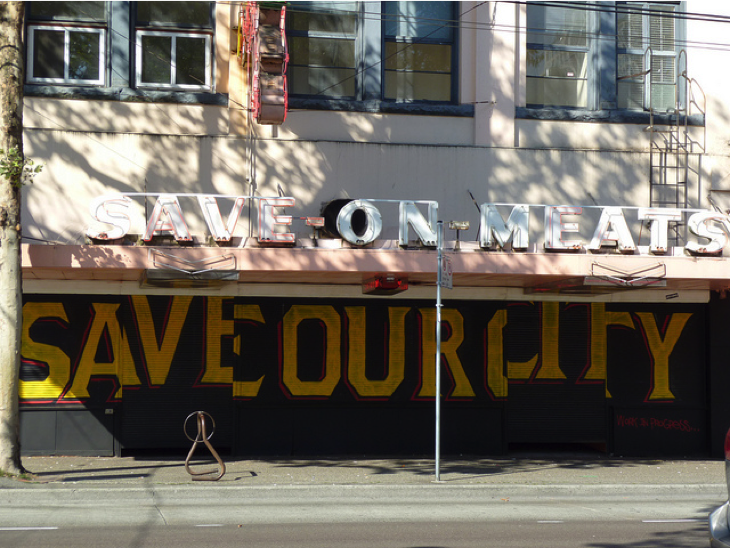 The gentrification debate in America evokes a myriad of impassioned opinions.  Supporters of gentrification argue that developing those neighborhoods that are desirable to middle- and higher-income residents improves a city’s bottom line by creating a stronger tax base, higher property values, and better public services.  Meanwhile opponents argue that gentrification only pushes the poor and working class out, further exacerbating the gap between the haves and the have nots.  Neither side is wrong.  In fact, both are right.  But the issue lies in the fact that we are having the wrong debate. We need to hit the reset button on the issue of gentrification and shift our attention to equity.

Demographic trends facing the United States create a compelling value proposition for cities to adopt an equity framework. According to recent research from the U.S. Census Bureau, more Americans are living in cities now than a decade ago, and much of that urban population is becoming increasingly diverse, both racially and economically.  Yet for far too long, city leaders have failed to recognize how to harness the value of this diversity.  As Richard Florida asserts, “the evidence is mounting that geographical openness and cultural diversity and tolerance are not by-products but key drivers of economic progress.”  However, today too many people are being left out of the urban city success story. 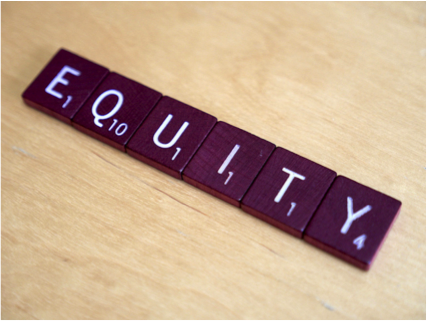 An inclusive economy is imperative for America to remain competitive in the 21st century; yet, significant gaps remain in education, employment, and health among communities of color. For example, 45% percent of all jobs in 2018 are projected to require at least an associate’s degree, but today only 27% of African Americans, 26% of U.S.-born Latinos, and 14% of Latino immigrants have achieved this level of education.  Even more startling is the drastic wealth gap that exists among minorities.  As research from the Center for Global Policy Solutions found, the average African American household owns just 6 cents for every $1 of wealth held by the typical white household.  For Latinos, the average figure is 7 cents; which represents an increase of 1 cent for each group between 2009 and 2011. U.S. cities can’t succeed if we don’t find a way to leverage its people to help close these gaps.

The Millennial Call to Action

As the fastest growing demographic group flocking to the urban core, Millennials are in a prime position to help bring about an equity framework to how we think about revitalizing cities.  The Millennial generation is racially diverse, politically independent, and more optimistic about the future than their peers.  Millennials want to use their talents to bring about change, as 97% prefer using their individual skills to help a cause.  Armed with these beliefs, the DNA of the Millennial Generation is uniquely wired to understand the value proposition of advancing an equity agenda for cities.

From education reform to job creation, the Millennial blueprint for advancing an equity agenda has the potential to revitalize the urban core in a meaningful way.  Enacting such an agenda, however, requires greater buy-in from city leaders to engage Millennials in the policy-making process.  In addition, Millennial urbanites must act as good neighbors and step out of their comfort zone to engage diverse groups, especially those from underserved minority communities.  To not meaningfully involve and engage diverse groups in local change models that seek to impact their current and future wellbeing is to marginalize their assets and perpetuate the existing negative outcomes that persist.

One city in particular has already begun to show Millennials how to build a broad coalition to create an equity agenda.  In Kansas City, local leaders began to recognize that empowering communities of color was essential to help the city tackle stagnant wages and rising inequality.  Between 1980 and 2010, the minority population of the city increased from 16% to 27%, and that number is expected to increase by another 10% by 2040.  Alongside these trends, the city also witnessed rising gaps in critical health and education outcomes among this growing demographic.  Forty percent of those living in poverty in Kansas City live in the urban core, where a majority of residents are minorities.  Additionally, Kansas City ranks 78th in the country for the number of youth who have dropped out of school and are unemployed, with a disproportionate number begin black and Latino.

Recognizing the need to address these issues of equity, the Greater Kansas City Community Foundation launched the Kansas City Digital Inclusion fund to provide new technology and education to help areas with high unemployment get the tools and training they need to succeed.  Through this fund, grantees from local churches, community development organizations, and young entrepreneurs are closing the digital divide to advance economic prosperity.  To help close the minority achievement gap, the Kauffman Foundation launched the Ewing Marion Kauffman Schoolto give urban Kansas City Students the skills to succeed in college, work, and life in the 21st century.  By recruiting young, high-performing teachers and incorporating a curriculum focused on training the next generation of entrepreneurs, the school has yielded significant academic growth in Reading, Math, and Science.

As Kansas City and other U.S. cities have shown, building a coalition of broad stakeholders to address issues of equity is obtainable.  Once cities have developed innovative strategies to attract and retain Millennials, it becomes our responsibility to make the community better for all, not just a segment of the population. Our generation has the skills, resources, and entrepreneurial energy to make the economic promise of the American city real for everyone.  Let’s do our job, and put in the necessary work to restore that grand bargain.