Mayors May Hold the Keys to Climate Adaptation

Laura Jay serves as the Deputy Regional Director for North America and Head of the New York Office for C40 Cities, a membership of the world’s megacities working together to tackle climate change.

The United States is in an awkward position. We spearheaded an ambitious global climate agreement in Paris and then immediately elected a president who has withdrawn us from that same agreement. As the world’s second greatest emitter of carbon emissions per capita, the United States has an incredibly significant role to play in helping the world avoid catastrophic climate change. Luckily, we have our Mayors.

Mayors in the United States are stepping up where the federal government has dropped off. At the same time, cities across the country are becoming increasingly inequitable and unaffordable. Mayors today are being elected on a platform of social equity, education and affordability. This reality in cities requires that Mayors and city government be bold, integrated, and progressive in finding solutions that address urban challenges of climate change, equity and affordability, together.

Mayors control many of the powers necessary to address climate change. Research from C40 shows that Mayors control the key sectors which influence the mitigation of carbon emissions and adaptation to climate impacts from transportation and building codes to waste. These areas represent the key sectors for emissions reductions in cities. 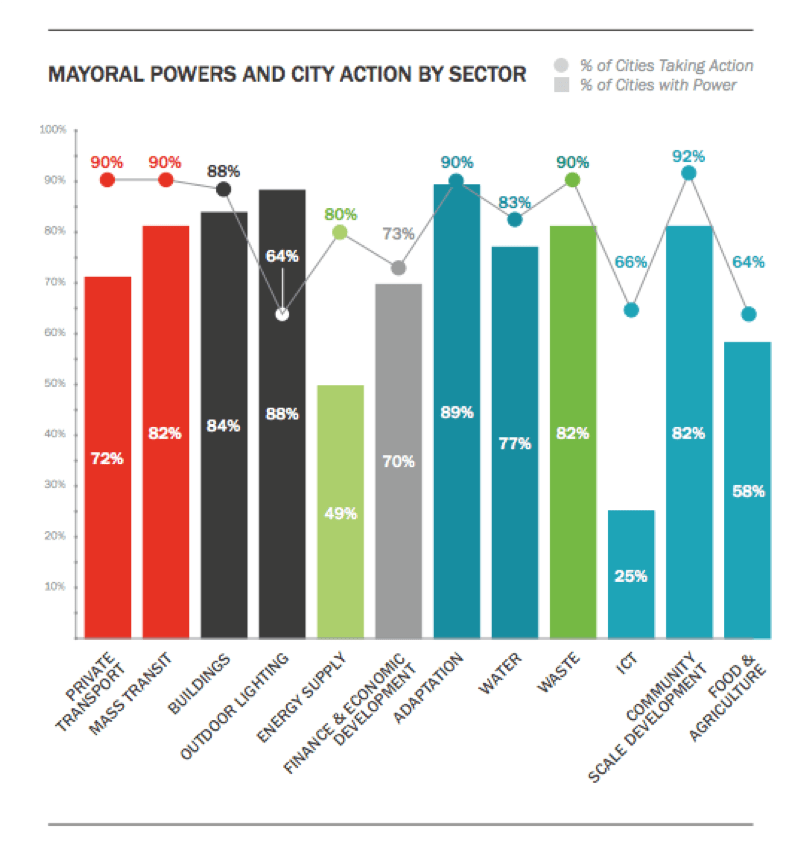 C40 Cities: The Power To Act

Mayors across the country are in a position where they need to innovate. No longer can city departments work on programs in isolation from other city departments. Government must look to answer the question – how can we find integrated solutions to address multiple challenges within one program? There are many cities that are leading on incredible programs which should be replicated in other cities. The two examples below highlight the core of what city government needs to be doing to advance these dual challenges; building trust with communities and ensure climate solutions support those in the greatest need.

I write this blog post as I sit in a Brooklyn coffee shop on a day with a heat index of 103. New York City sees an average of 450 heat-related emergency department visits and 85% of NYC heat-stroke deaths happened after exposure to extreme heat inside the home.. The New York City Panel on Climate Change projects there to be a 5.7 degree increases in the city’s average temperature by 2050. This would double the number of days in the city over 90 degrees. Globally, 1.6 billion people in the world’s largest 970 cities will face extreme heat by 2050 and 215 million urban poor will be vulnerable to extreme heat by 2050.

Through data collections and analysis on the hottest neighborhoods in the city through New York’s Cool Neighborhood program, the city identified the most vulnerable neighborhoods, including the location of the elderly specifically. Studies show that indoor home temperatures can be 20 degrees higher than outside and that many of the vulnerable populations prefer to stay in their home during heat waves instead of going to cooling centers. To address this, the City of New York needed create a program to support those vulnerable populations and they started by asking: Who already has the trust and relationships with this community of people?

When it comes to address behavior change of individual people, the messenger can be just as important as the message itself. Instead of building a new education program and going out into those communities, New York City Office of Resilience and Recovery built a program to educate Home Health Aids on detection of heat stroke and provided materials to educate their patients on what to do in extreme heat events. This allowed the city to focus their resources on building capacity within existing services and with people who have the trust of those most vulnerable. As a report on the program states, “Due to established relationships between aids and clients, Home Health Aids can be trusted messengers in communicating health risks and promoting protective measures inside the home.” 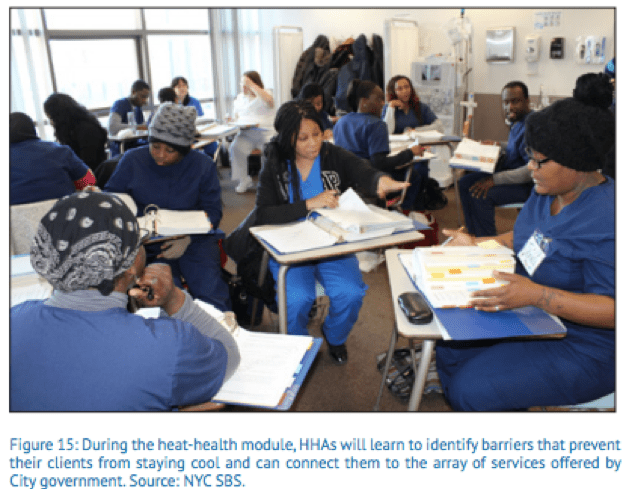 The average electric car costs a consumer around $32,000, and while that number has gone down 11% from 2016, the accessibility of electric vehicles as a carbon mitigation salutation is not one that is accessible to all populations within US car dominated cities. For Los Angeles, the poster-child car dominated city in the US, though Mayor Garcetti is working hard to change that, the use of a car is still very necessary and immediate solutions must show that a transition to a zero carbon city must be one that is accessible to all city residents, not just those who can afford the next Tesla.

In 2015, the City of Los Angeles announced an electric car sharing program which would be deployed exclusively in low-income neighborhoods of the city. The program is delivering 100 electric vehicles and 200 charging stations within the low-income communities of the city and is funded through the money collected by California’s cap-and-trade dollars. For the City of Los Angeles, this program emphasizes two key points to how climate initiatives should be prioritized: 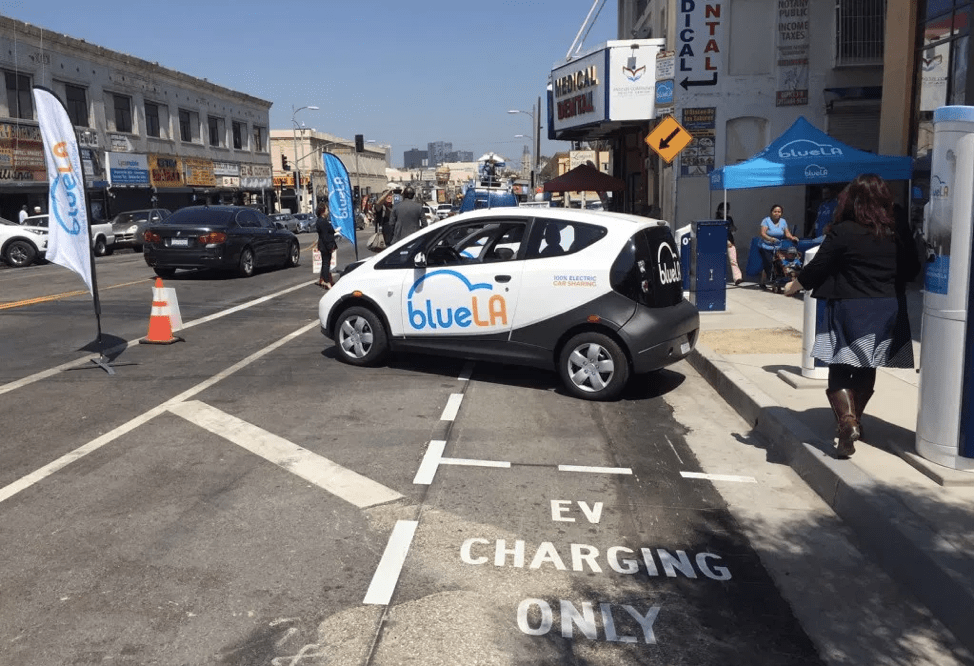