Cities are the places where we live and interact. We expect our city leaders to keep them healthy, safe and vibrant. Mayors fill the potholes, provide needed services to people and grow the economy. Even more, the nation’s mayors are leading the charge to develop sustainable, livable, smart cities.

Every year, mayors deliver state of the city addresses in order to reflect on their city’s recent accomplishments, current challenges and roadmap for the future. By reading and analyzing speeches from cities of all sizes and parts of the country, we are able to take the pulse of America’s cities. In this year’s State of the Cities report from the National League of Cities, we uncover the issues that matter most to city leaders.

While cities are the true laboratories for innovation and the economic engines that bring all the pieces together, there are at times challenging fractures in the larger civic puzzle, from affordable housing to racial equity to gun violence. In our analysis, we heard mayors talk about these issues with increased importance this year.

For mayors, the fight to combat environmental and energy challenges takes on increasing importance with each passing year. Last year was a monumental one for mayors leading the sustainability charge. The increasing global influence of cities can be seen in climate policy, where mayors were both instigators and critical participants in the COP21 Climate Talks in Paris.

This was not only the first time that mayors played an outspoken and advocacy role but also the first time since the Kyoto Protocol that real action was taken and global agreement was reached. Atlanta’s Mayor Kasim Reed attended COP21 as part of an NLC-led delegation and was one of 510 global mayors who traveled to Paris to be part of the historic agreement and sign the Compact of Mayors.

In Mayor Reed’s state of the city speech, he said: “We’re doing our part here at home to answer our moral obligation and build the clean energy economy. We’ve launched a new program to install low-cost solar panels on our city’s buildings, we’re a leader in a national effort to conserve water and energy and we have reduced our water consumption by 20 percent.”

Closer to home, cities continue to install LED streetlamps and to weatherize homes and municipal buildings. In Duluth, Minnesota, the cost savings from energy efficiency projects will be “reinvested into a dedicated energy fund for additional improvements,” said Mayor Emily Larson.

Many initiatives are a response to pressing environmental challenges. A number of mayors from western cities discussed the impact that drought is having on their communities. “While we have every reason to believe that we have sufficient water for our current and future requirements, we need to be extremely vigilant,” said Carson City, Nevada, Mayor Bob Crowell.

In Riverside, California, the city’s public utilities are leveraging good finances to create long-term sustainability. Announcing a new water recycling project, Mayor Rusty Bailey explained that “we have an opportunity during an historic drought for long-term infrastructure improvements.”

Salt Lake City Mayor Jackie Biskupski announced “a new Department of Sustainability with air quality as its primary goal.” Elevating from a division to a department, sustainability will now be on equal footing with every other function of city government.

Furthermore, cities are using data and technology to make themselves smarter—more efficient and effective—to enhance service delivery. We saw this in a number of this year’s speeches.

The mayors of Columbia, South Carolina, Nashville, Tennessee, and Escondido, California, all committed to making their cities smart, where classrooms, neighborhoods and businesses leverage data and technology to become better connected and more productive. “We need to focus on new technologies, because the solutions we envision today may be obsolete 10 years from now,” said Nashville’s Mayor Megan Barry.

Kansas City, which will host TechWeek in September, became a finalist city for a $50 million U.S. Department of Transportation Smart City grant. Columbus, Ohio, was the ultimate recipient and was tasked with becoming country’s first city to fully integrate innovative technologies—self-driving cars, connected vehicles and smart sensors—into its transportation network.

Cities are also moving their operations online and into the cloud to increase transparency and efficiency. “Greenwood is the first city in Indiana to use OpenGov, a software platform that is transforming how governments analyze, share and compare financial data,” said Mayor Mark Myers. “It’s a remarkable tool, and I urge all citizens to visit the City’s website and take a look.” In Syracuse, residents can submit and track requests for things like sewer backups, trash removal and pothole filling anytime online using “City Line.”

In all of these examples of city leadership, mayors are learning from one another, taking in good ideas, improving on them, and implementing these ideas into operations. Cities know that there is no one size fits all solution, but rather a myriad of ideas woven into the tapestry of the American body politic. This diversity is our strength.

Mayors share information with one another; good ideas and best practices that surface in one city are continuously transferred to other cities where they are assiduously brought into the operations of those cities. This knowledge transfer further reinforces the network effect that cities have at the microlevel, at the state and regional levels that scale nationally, and all the way to the global level where cities are increasingly influencing policy.

Mayors are the leaders of our cities, working from the bottom up, not the top down, to make things happen. These leaders are bringing people together to create opportunity-filled, socially cohesive, safe places for all, now and into the future—moving our country forward.

As national politics continue to fracture people along ideological lines, it is in our nation’s cities where forward-thinking policy solutions are being formulated. The mayors’ State of the City speeches provide a clear view into America’s economic and cultural progress, and the leadership we need to move the country forward.

It is in our cities where what’s best about our country—innovative ideas, entrepreneurship, and social dynamism—are incubated, implemented, and elevated to the broader national consciousness. From New York to San Francisco, and small- and mid-size cities in between, the future is being forged by the thinkers and doers congregating in our city-centers. 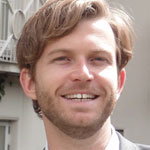 Brooks Rainwater is the Director of the City Solutions and Applied Research Center at the National League of Cities. Follow Brooks on Twitter @BrooksRainwater. 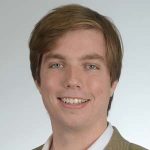 Trevor Langan is the Research Associate for the City Solutions and Applied Research Center at the National League of Cities. Follow him on Twitter@TrevorJLangan.