Looking Beyond Borders: The Reality of Migration in Cities

Ana Feder is project manager for the Mediterranean City-to-City Migration (MC2CM) project at the International Centre for Migration Policy Development (ICMPD). She has over a decade of experience in migration policy development in Europe and has engaged with local authorities working in the fields of social inclusion and migrant integration. She is a migrant living in Malta.

Current mediatised depictions of the so-called ‘refugee crisis’ would have us place this phenomenon in a border fence, raft on the sea or at a makeshift camp. However, this is only the beginning of the story.

Paradoxically, some people risk it all in treacherous journeys in search for a safe place to settle. For them and many others, the prospect of opportunities in education and employment or being reunited with family is a strong enough motivating factor to make such a life altering decision. For a vast majority of migrants, the city is the place where these opportunities unfold.

According to the 2015 World Migration Report published by the International Organisation for Migration, nearly a fifth of migrants live in the world’s 20 largest cities. Given that for the first time ever, more than half of the world population reside in cities, and that this figure is due to increase to over 60% by 2050, it is highly likely that the same will be true for migrants, who will increasingly congregate in these urban settings.

As cities grow in size, so will diversity. This is already the case for cities such as Dubai and Brussels with over half of their population having been born outside the country. Toronto, London, Auckland and Amsterdam do not trail far behind with over one third of their residents being foreign-born.

The undeniable fact is that migration is an urban phenomenon. So while migration policy and discourse is still dominated by the imagery of borders, security and crossings, it is at the local level and in cities, where the multi-faceted reality of this phenomenon plays out.

Mindful of this, with the support of the European Union and the Swiss Agency for Development and Cooperation, the International Centre for Migration Policy Development (ICMPD) alongside partners UN-Habitat and United Cities and Local Governments (UCLG) developed a project to address the needs that arise from this reality of local authorities becoming de facto managers of migration.

The Mediterranean City-to-City Migration (MC2CM) project tries to shift the focus of migration, particularly in the Mediterranean region, from a problematic, to that of an opportunity.

As such, it joins an array of other existing and worthwhile initiatives in putting the local level at the forefront of developing constructive paths of inclusive growth.

Nine cities from the wider Mediterranean region (Amman, Beirut, Lisbon, Lyon, Madrid, Tangier, Tunis, Turin and Vienna) have come together under MC2CM to identify challenges and devise local and joint approaches to maximise on the opportunity of migration. This knowledge is extended to a wider network and linked to regional processes and global initiatives, such as the New Urban Agenda. 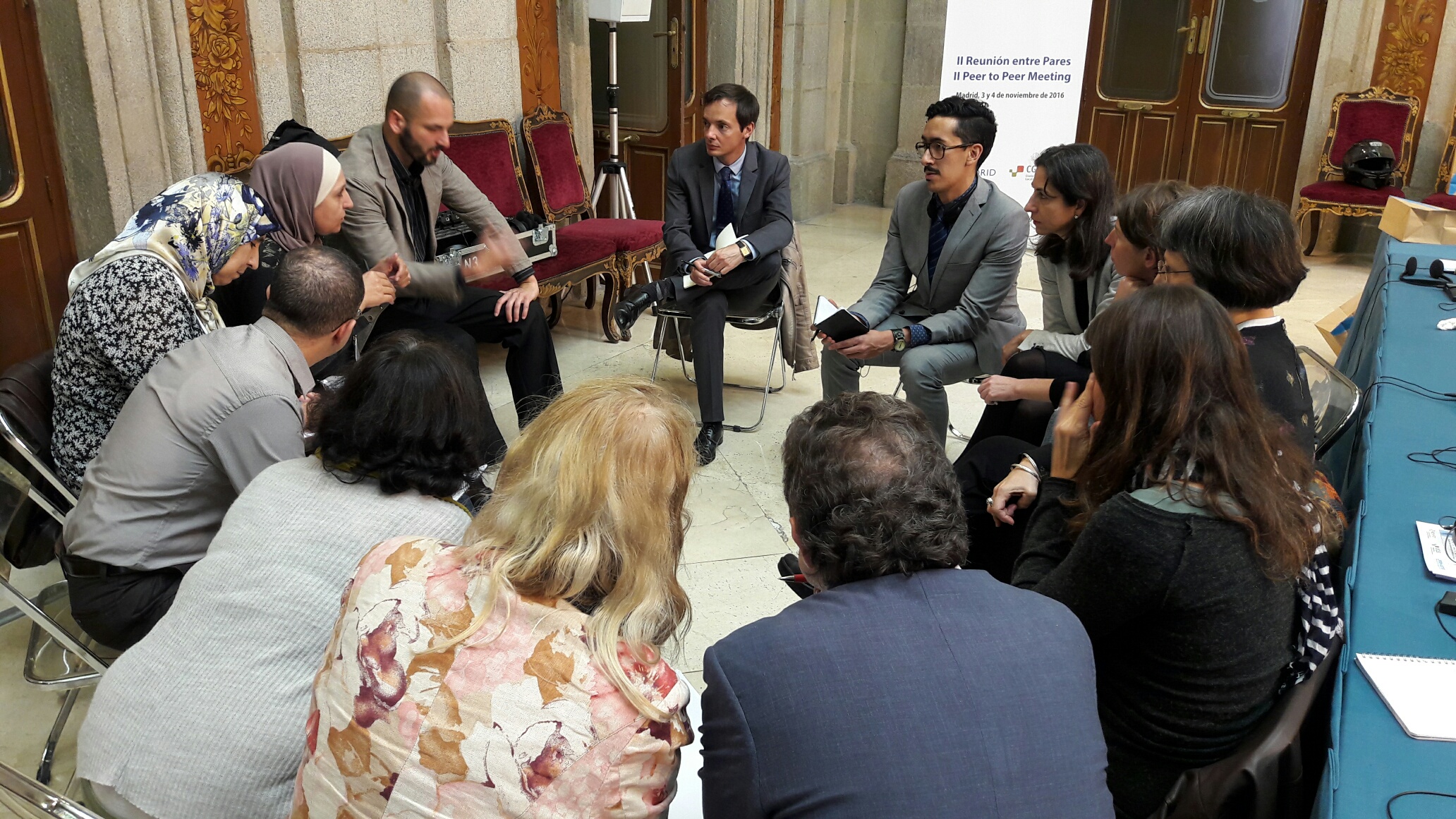 The rationale is a simple one – migration and local development go hand in hand. For cities, this means that excluding the reality of migration from their urban development is not only a missed opportunity, but a mistake. These growing metropoles can be engines of economic growth and, in this role, the way they set out to address rising diversity brought on by migration will help them spearhead this positive change.

A crucial motivation of our project, MC2CM, is to bring this constructive outlook to the forefront and to encourage cities, regardless of their context or particular hardships, to consider long-term consequences of policies and actions in their role as main actors of socio-economic development.

The nine cities involved in the network are very varied in demographic makeup, scope and dimension of migration; they all have their own national contexts, and are at different stages of urban development. Notwithstanding, beyond the differences there is a lot more in common than may be expected:

We are trying to bridge these gaps and challenges by investing into collection of data at local level and defining priorities that can be mainstreamed into urban development strategies. We have already come to the conclusion that the division between source, transit and destination countries is becoming more artificial.

Furthermore, cities are sharing approaches and ideas to address common bottlenecks and barriers. At recent peer learnings, we have learned about Vienna’s approach to becoming a human rights city, Amman’s use of sustainability city plans as an opportunity to include vulnerable groups of the population, including migrants, and Madrid’s approach of including long-term unemployed migrants in city outreach and awareness-raising activities.

The role of cities as duty-bearers is crucial but so is giving migrants a role in their own integration process. After all, migrants, as other citizens, are not passive receivers of services but agents in their own life paths and trajectories.

These are just some examples of how, by providing a common platform and a safe space for exchange, MC2CM is encouraging a healthy, honest dialogue where challenges are shared and approaches discussed and devised.

MC2CM will continue to ensure this approach by accompanying cities to devising their own strategies to address identified gaps. In Tangiers, this will mean addressing needs in diversity training of municipal staff as well as establishing a dialogue with migrant organisations, among others. Others are looking into ways to tap into the potential of migrants as source of investment or remittances for instance, as linked with local economic development.

During the course of the year, the Mediterranean region has been the focus of media attention for all the wrong reasons. While people have been at peril trying to make their way to a more promising future, many local authorities in the region have been hard at work, sometimes behind the scenes, to address this local reality in the most effective and efficient way possible.

After all, it is in cities where integration will happen or fail and where migration’s promise of a prosperous future will be realised or shattered.

This article was originally published by Meeting of the Minds on January 4th, 2017.