Ricardo Martello is the City Futures Manager at Logan City Council, responsible for leading the innovation and smart agenda for the City of Logan. With qualifications in Innovation and Entrepreneurship, Urban Development and Sustainability, and Natural Resource Economics, Ricardo has experience in the private and public sector in both Australia and overseas.

In Australia, urban local governments are striving to earn their stripes as ‘smart cities,’ however, innovative practices don’t emerge simply because a council sets a vision and a series of ambitious and well-intentioned goals.

For many councils, the very processes that define local government can be the greatest inhibitors, and the road to innovation can become a long journey of slow change.

At Logan City Council in Queensland, we’ve taken a different approach to influencing change by harnessing the power of collaborative partnership. We’ve done this through focused initiatives involving community, universities and secondary schools, social innovators, change-makers, entrepreneurs, and our own staff.

The City of Logan is home to 320,000 residents from 217 different cultural backgrounds, spread across 70 suburbs. The city’s economy has traditionally been underpinned by manufacturing and retail. We’re located between two major cities: Brisbane, the state capital, and the high profile tourist strip of the Gold Coast; and we compete with them for investment dollars.

In 2016, our council set a new vision for Logan to become an ‘innovative, dynamic city of the future.’ Our civic leaders wanted to take advantage of emerging technology and the digital revolution to drive a new wave of economic growth for our city, which has historically had pockets of high unemployment.

To support that vision, Council created a new functional area to drive innovation – the City Futures Branch – which then developed Logan’s first City Futures Strategy. The strategy was an important first step, but the team understood the next steps would determine whether the strategy became a wish list sitting on the shelf, or a living, breathing document driving real change.

The answer, happily, is the latter. In less than 12 months since its adoption, the strategy has delivered three successful initiatives under our Partnerships for Innovation approach. The Partnership has now been recognised with a shortlisting in the Apolitical Cities of the Future Policy Competition 2019.

The Partnership for Innovation entries – showcasing CityStudio Logan, INNOV8Logan and the Internal Collaborative Network – are the only Australian entries in the impressive international shortlist. These three projects are changing the way the Council staff think and respond to social innovation and entrepreneurial opportunities.

In July 2018, we became one of only two local governments in Australia to sign-up with leading Canadian program, CityStudio Vancouver, which brings together staff, students, academics and the wider community to work on social innovation projects.

The licensing agreement meant we could use the CityStudio model to allow students and residents to create social innovation projects in partnership with Council staff. The key to the model is to match social challenges with stakeholders and social innovators and provide space and resources for them to develop a solution.

The initial four-month pilot involved 22 Queensland University of Technology (QUT) students (architecture, landscape architecture, urban planning and gaming innovation) working with Council staff to influence master plans and activation strategies for key precincts in the city. CityStudio Logan has since expanded its partnership to include the University of Queensland, Griffith University and a cluster of 13 government secondary schools. 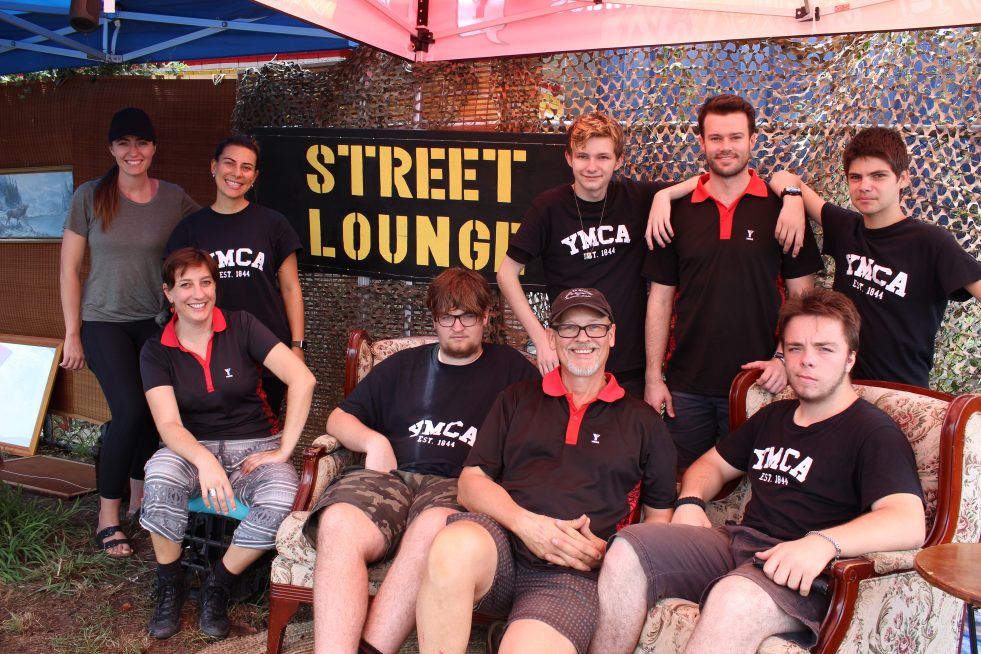 The latest project involves Council collaborating with a YMCA secondary vocational school to create a greater sense of place at Logan’s weekly Global Food Village Markets. The outdoor fresh food markets celebrate Logan’s rich cultural diversity. They are held in a part of the city that has experienced image challenges due to its street culture and historical perception of crime issues.

CityStudio Logan was tasked with helping prepare the markets for filming of an international documentary by celebrity chef Ainsley Harriott in February 2019, and – parallel with that – consider ongoing place-making initiatives to enhance the visitor experience.

The result is a pop-up street lounge, made from materials from the Logan Recycling Market including a couch, vertical garden, art gallery and book nook. It’s a place where people can relax between browsing the food stalls, mingle and enjoy the atmosphere.

INNOV8Logan was born in June 2018, when a group of likeminded innovators came together to share beer and pizza in an industrial building, and to talk about making it easier for local startups to make their big ideas a reality.

By the end of the gathering, the Logan Entrepreneurs Group had formed, along with a plan to create an online hub designed specifically for Logan, where local startups could find information and connect with the support they need at all stages of their journey.

The Logan Entrepreneurs Group is a collection of representatives from Logan-based startups, social enterprises, businesses and entrepreneurs, along with Griffith University, the Queensland Government, and us. We have a seat at the table with the group, as we understand governments’ role in building sustainable ecosystems, and have also provided extensive in-kind support.

One of the key drivers was to tap into the community of experts who were mentoring startups in neighbouring cities. Because that knowledge was leaving our city, local startups were following. The idea was keep both within Logan’s boundaries to strengthen Logan’s entrepreneurial ecosystem and deliver benefits back to our local community.

Central to it all was an online hub where a virtual community could be created and Logan’s entrepreneurial ecosystem could be easily accessed. 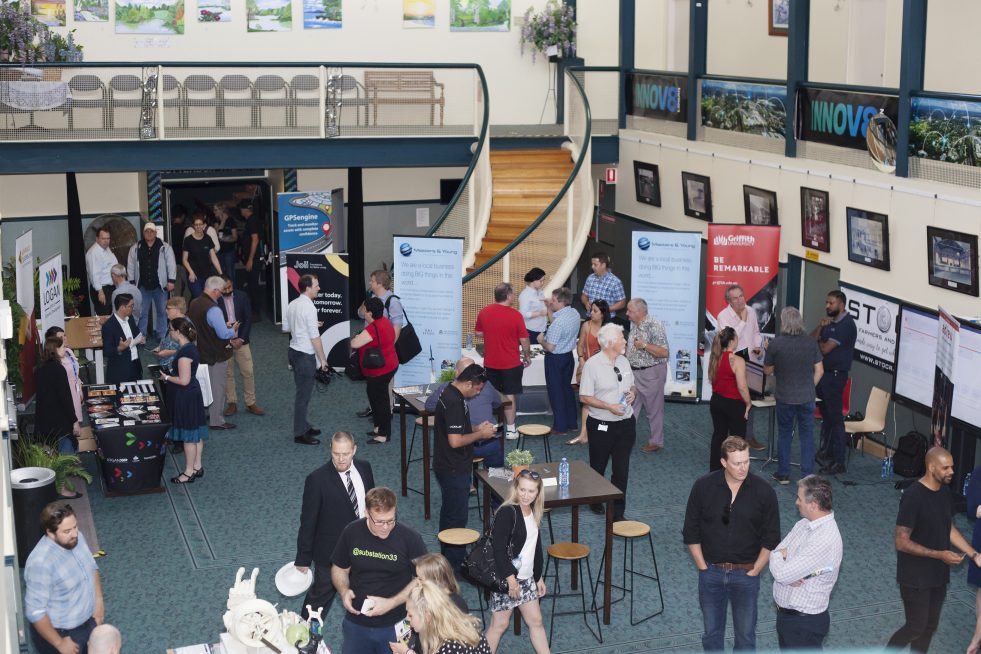 INNOV8Logan launched in September 2018, to a crowd of 300 innovators, startups, entrepreneurs and investors. Queensland Chief Entrepreneur Steve Baxter was key note speaker, and attendees had the chance to see first-hand some of the cutting edge products being developed and manufactured in Logan. This included 9D virtual reality machines, plug and play swimming pools, batteries powered by recycled material that provide electricity to remote communities), solar-powered flood warning signs, and a wireless waterways system that monitors water quality in real time. 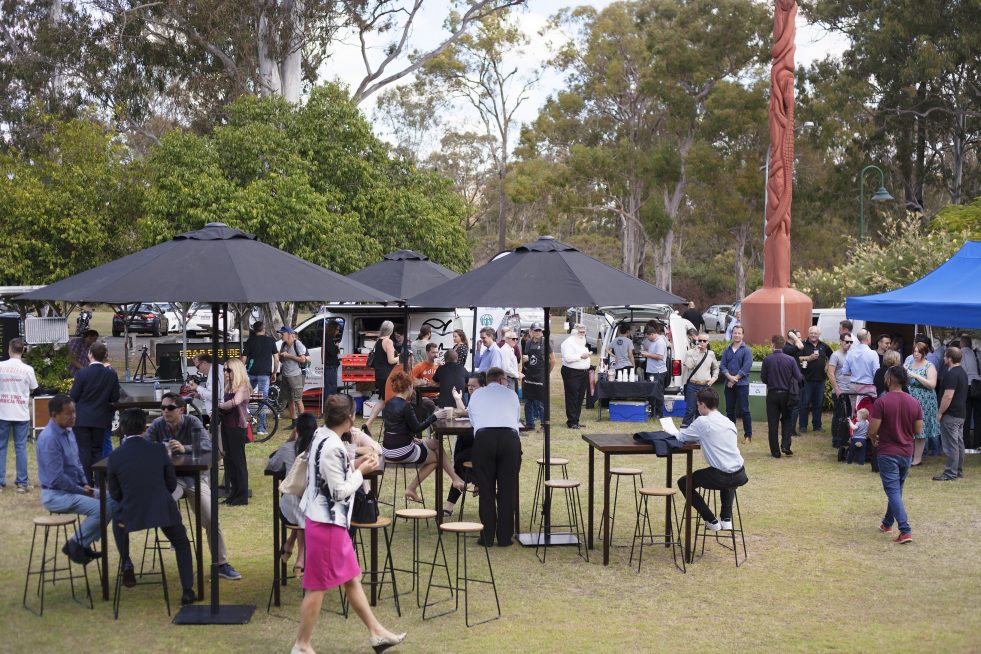 The third piece of the innovative partnerships picture is our own Internal Collaborative Network (ICN), created in July 2018 to empower Council staff to be a part of the organisation’s innovation agenda. The aim was to break down silos and activate innovative thinking through business improvement.

Interested staff from across Council’s 1,700-strong workforce self-nominated to be involved, and then participated in a two-day facilitated workshop to scope and co-create the ICN’s purpose and charter.

From there, staff who mostly had not worked together before, formed into four ICN teams. These teams were tasked with developing initiatives that addressed challenges associated with economic development, environment, efficiencies and/or connectivity. Given great freedom and loose parameters, some teams thrived, while others found the lack of structure less effective.

The teams then pitched their solutions to Council’s Executive Leadership Team. The winning pitch involved developing a behaviour change campaign to encourage Council’s large workforce to buy locally, particularly those staff who don’t live locally and would otherwise drive in and out of the city each day without contributing to the local economy.

An internal ‘buy local’ marketing campaign ran during the 12 Days of Christmas, with staff encouraged to post their local shopping/dining experiences to social media and report on their dollar spend. As a result, at least $18,000 was spent locally by staff; a result that exceeded expectations. The initiative not only provided a local economic boost, it also helped change staff behaviour in terms of where and how they spend money on food, goods and services.

ICN participants across all challenges gained skills in defining and validating assumed challenges, building a solution using divergent thinking, testing that solution with customers, and engaging early adopters. ICN challenges unable to find traction were those with assumed challenges that could not be validated. These cases provided lessons in not being solution-focused, but rather in being sure to first fully define the problem.

So, yes, local government innovation is possible. We just need to think in new ways and allow ourselves to be influenced through collaborations and partnerships.