How to innovate in Smart Cities with AI

Gabe Batstone is the CEO and co-founder of contextere. 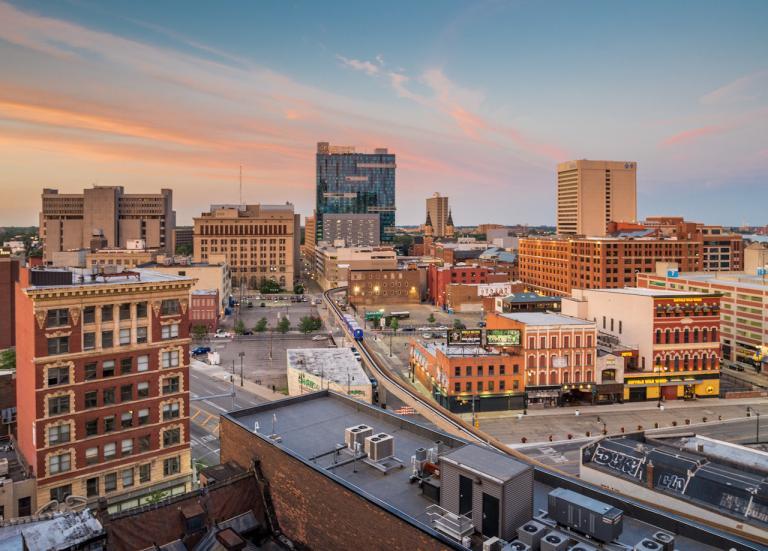 In recent years, there has been a loud and lingering fear that AI, automation and robots have come to steal our jobs. Although innovation and digitalization of cities continues to grow, it’s unlikely that smart technology and machines will completely replace the workforce that currently keeps our smart cities running. They will, however, change how we do those jobs and what skills are required to maintain the cities of the future.

One reason machines won’t replace humans anytime soon in most occupations is that they lack crucial human traits like creativity, curiosity and empathy. I’ve worked in software development for over two decades and feel comfortable saying that these traits won’t be “coded” in the foreseeable future. All occupations include situations in which these characteristics are necessary and cannot be fully replicated by robots and smart technology.

Another reason machines won’t replace humans in the foreseeable future is the number of moment-to-moment decisions made on the job. Decisions which require context and critical thinking well outside the capabilities and wheelhouse of the nascent generation of machines.

How will a robot be able to solve a complex software problem the same way as a human, aided by years of experience, intuition and a mind built for creative problem-solving?

Every occupation, especially those in blue collar industries, include complex problems that require intuitive human judgment, critical thinking and flexibility. These are traits that cannot be outsourced.

Instead, I envision a blended “future of work” that includes automation and augmentation — with the latter in the form of “decision support” tools that speed up and improve human performance, rather than compete with it. Computers are good at computing, surfacing potential decisions – and humans are good at context, or understanding the situational environment. When these two attributes are combined, it results in good judgement.

For smart cities to thrive, we need an underlying infrastructure of reliable network connections. Within this network we need a streamlined method for communications across offices, cities, states and borders that is fueled by smart sensors and the Internet of Things (IoT) enhanced with AI. By incorporating AI into smart city developments, we’ll be able to transform IoT data into actionable and intelligent insights, not previously accessible to the blue collar worker. These are the individuals who are ultimately responsible for our smart city operations.

For example, blue collar workers are accountable for installing, repairing and maintaining the elevator systems that shuttle people between floors in high-rise buildings. They also ensure occupants of these buildings are able to work in a comfortable environment by keeping their HVAC units in good operating condition.

When thinking about the future of work and what it will look like with AI, machine learning and other connected devices, we need to understand that technology and humans are necessary parts of the equation. I refuse to accept the narrative that innovation in technology and job creation are mutually exclusive. We can have both – and we should have both. Our industrial workforce should have safe and productive environments in which jobs are augmented, not automated, by the transformative integration of AI. Our perception of AI, robots and automation can be boiled down to the age-old Iron Man vs. Skynet analogy.

In other words, should we view today’s digital transformation/era of automation as a villain (Skynet) or take Iron Man’s side as the superhero bearing new tech that’s come to help us do our jobs better?

As we move down the path of humans and machines cohabitating, my stakes are on Iron Man. Rather than worry about machines and their place in the future, we should realize the value in what makes us human. Becoming fluent in “machine languages” is critical for people in robotics and software development; however, that is a relatively small slice of the workforce. For most jobs, embracing the human-machine collaboration ironically means we should concentrate on what makes us human. This is especially true in the last tactical mile of the industrial blue collar workforce — where warm hands touch cold steel.

Some believe blue collar industries will be on the frontline of an automation overhaul, but I disagree. In fact, the industrial workforce is one of the hardest to automate. If anything, advancements in AI and IoT will open the door to new job creation as smart cities flourish. In fact, as new tech creeps into our lives, we find ourselves at a unique point in history where there are more jobs than people to fill them. According to the Bureau of Labor Statistics, there are 6.7 million job openings and only 6.4 million available workers to fill them. Also, for the second month in a row, there have been more vacancies than available hires – a phenomenon that had not happened before 2018.

Once we welcome AI with open arms, realistic expectations and a plan to address its ethics collectively, we will realize its true potential as a tool of humans, not a tool that oversees humans.  While some may fear the use of AI and automation, I believe it should be embraced with open (and occasionally robotic) arms.