The Golden Age of Wastewater

Ray Busch is the Manager of the Hayward Water Pollution Control Facility. He has been in the industry for over 25 years and is a past president of the California Water Environment Association San Francisco Bay Section. In his free time, he enjoys flying planes and beekeeping.

Year-round fresh produce, daily farmer’s markets, chefs from every continent – it’s no wonder that the San Francisco Bay Area is famous for its food culture. Yet we rarely celebrate the other side of digestion. At its best, wastewater is an impolite, unavoidable nuisance. At its worst, it’s a vector of deadly disease.

Hayward’s Water Pollution Control Facility uses wastewater to generate half of the City’s municipal electricity needs and save 2.5 million gallons of drinking water every day. We were recently recognized by the US Environmental Protection Agency as one of the nation’s top-thirty on-site renewable energy generators.

We welcome you to the Golden Age of Wastewater. We hope that our journey inspires you to take a second look at what you consider waste.

Wastewater in the Twentieth Century 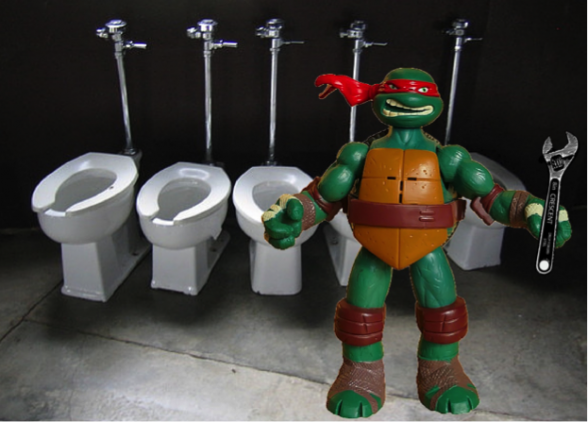 Modern sewer systems came out of a public health effort to combat infectious disease. Diseases like cholera and typhoid fever were spread through wastewater-contaminated drinking water. Thus the role of wastewater workers throughout the twentieth century was to protect us and our environment from this deadly substance.

At the turn of the twentieth century, most regions of the United States focused on safely moving wastewater away from the population, either through septic systems or simple sewer systems that dumped raw wastewater into the nearby bodies of water.

By mid-century the focus had turned to treating the wastewater to further prevent disease. From the 1940s through 1970s, dozens of wastewater treatment plants opened along the shoreline of the San Francisco Bay.

At first, wastewater treatment was inconsistent and didn’t catch certain pollutants. By the 1960s, the San Francisco Bay was experiencing major environmental stress from all of the material that was being discharged into its waters. In an effort to address this issue, the federal government passed the Clean Water Act in 1972 with the goal of eliminating all discharged pollutants.

This is a Success Story!

The public health efforts of last century led to a 90% decrease in deaths from infectious disease in the United States. The Clean Water Act created one of the most successful environmental programs ever implemented, resulting in a 90% drop in the material discharged into by Bay. 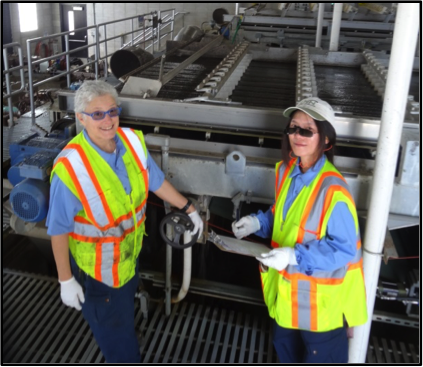 With the health and environmental concerns under control, we’ve set our sights on a new goal.

Wastewater in the Twenty-First Century

From Refuse to Renewable Resource 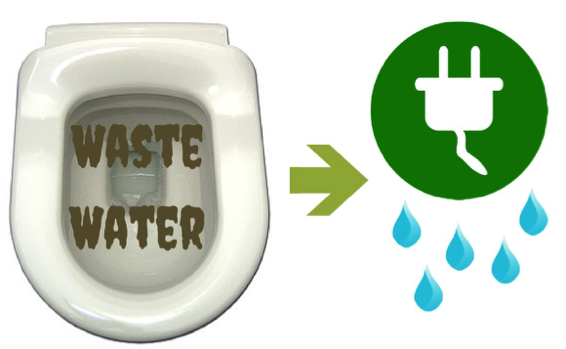 Wastewater treatment facilities are extremely energy intensive. A vast amount of power is needed to pump the wastewater through the treatment processes and into the Bay. Ten years ago, Hayward’s Facility was the City’s largest energy user, accounting for approximately 30% of the City’s PG&E bills and municipal greenhouse gas emissions.

An Expanding Role: Protectors and Providers

In the early 2000s, the City of Hayward set the goal of generating 100% of the Facility’s electricity and heating needs through on-site renewable sources. The Facility’s Green Power Program includes the following technologies: 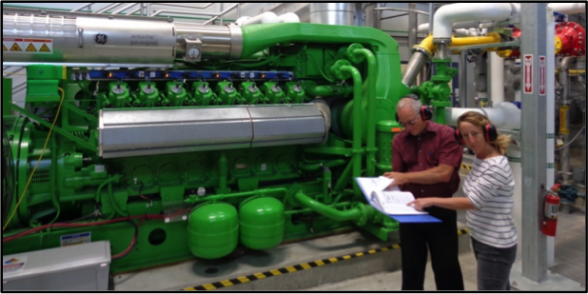 Fuel a Cogeneration Engine with Biogas

Many treatment facilities use cogeneration engines to turn bio-gas from sludge solids—the ‘waste’ in the wastewater – into energy. In 2014, Hayward upgraded its system to a new 1.13-megawatt, first-in-its-class clean and highly efficient engine. The new engine is twice as large in terms of rated power and twice as efficient at using every unit of bio-gas to produce electricity, so it can produce three to four times more energy than the old system. On an average day, the new cogeneration engine generates enough energy to power around 900 homes and heat around 400 homes. 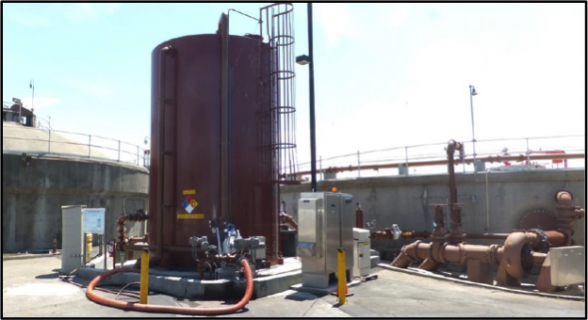 Fats, oils and grease (FOG) are a super fuel to our cogeneration engine. Hayward built and installed a new FOG receiving station that accepts the materials from area restaurants and a nearby facility that produces biofuel from cooking oil. The Facility now accepts about 4 million gallons of FOG waste a year, generating about $220,000 in revenue. As an added benefit, this oil and grease is not being landfilled or discharged into the sewer, which can clog pipes. 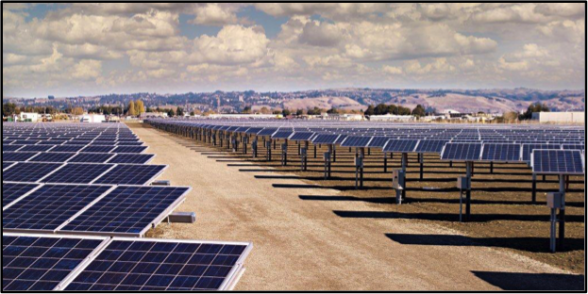 1 MW Photovoltaic Array at the Treatment Facility, installed in 2011

Located on open shoreline, the Facility site is a prime location for large-scale solar. In 2011, staff repurposed land at the Facility to install a 1-megawatt photovoltaic array – 5,152 solar panels. The array is the second largest solar installation in Alameda County. Generation of electricity has been so successful that a second 1-megawatt array is being planned at the Facility. Currently, solar production is enough to power 220 homes.

Today, the Facility is generating nearly 11 million kilowatt-hours of green power annually, exceeding all of its electricity and heating needs. The green power program has become one of the main elements that the City is using to meet its municipal Climate goals. In addition, the program saves the City an estimated $400,000 annually in electricity and gas costs.

Energy Used and Generated at the Water Pollution Control Facility

Because there is excess energy produced, Hayward became the first city and the only wastewater treatment facility to participate in a PG&E program called Renewable Energy Self-Generating Bill Credit Transfer (RES-BCT). The program allows customers to generate electricity at one account and transfer excess amounts as a bill credit to other accounts. Hayward is allowed to power up to 29 accounts at other City facilities, including its City Hall. 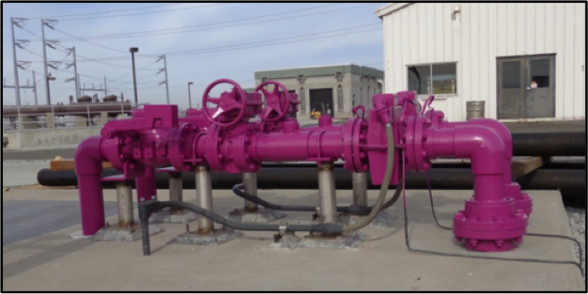 Today’s wastewater treatment processes are so effective that the treated water is safe to use. And we’ve figured out ways to use it.

In 2013, a gas-fired energy center went operational near Hayward’s Facility. Rather than use drinking water to cool plant’s steam generators, the Facility provides the center with an average of 2.5 million gallons a day of secondary treated water. This is equivalent to saving enough drinking water to supply 12,500 homes.

There are more than 900 wastewater treatment facilities in California alone, processing over 4 billion gallons of wastewater every day. Think of the energy, water, and greenhouse gas savings we could generate if every community used its wastewater as a resource rather than waste.