In the time it takes you to read this post, five people will die. Not from heart attacks or handgun violence, but in vehicle crashes around the world. Some will be pedestrians crossing the street on their way to school or work. Many others will be caused by people speeding, driving drunk or distractedly. The corollary horror of this sad statistic—which totals 1.25 million road deaths worldwide a year—is that virtually each one of these deaths is preventable. The answer starts with something as simple as how we design our city streets.

Janette Sadik-Khan and Skye Duncan, the director of the Global Designing Cities Initiative (GDCI), recently launched the Global Street Design Guide at the Habitat III conference in Quito, Ecuador. This document is the first-ever blueprint for cities to reclaim streets from cars, and a radical rethinking of who streets should be designed to serve. Traditional street design places cars at the top of the pyramid, prioritizing them over every other mode of transportation and forcing pedestrians, bicyclists and buses to jockey dangerously for space among the world’s one billion cars. The Global Street Design Guide flips this standard, prioritizing people and transit, and adapting our streets to meet their needs and not the needs of cars.

“When you put people first on a street, you get streets that work for all, and they’re worth fighting for,” said Janette Sadik-Khan, former New York City DOT Commissioner, a founding principal at Bloomberg Associates, and Chair at NACTO-GDCI. “The tested and proven designs in these pages can be adapted to city streets around the world to support local economies and make them safer for everyone, no matter how they get around. It is no longer a question of engineering or innovation but of the imagination and will needed to update city streets for a new age.”

Under the Bloomberg Philanthropies Initiative for Global Road Safety, the GDCI team has already started putting many of the guide’s designs into practice with temporary and interim design projects in three cities. In Addis Ababa, as part of a capacity building exercise to train 120 professionals and academics in June of this year, the LeGare intersection was transformed from a traffic free-for-all into a pedestrian-friendly crossing using only road cones and chalk, reducing crossing distances from 50m to as short as 6m, increasing space for pedestrians to wait safely. Due to the success of this one-day event, a plan has been developed to add paint and planters and then make the transformation permanent by the end of the year. Adding to the list of pop-up street designs, GDCI has also implemented three pop-up plazas in Bogota with Bloomberg Associates, and worked with a number of local non-profits and the local BIGRS team to implement a one-day redesign of a busy roundabout with speeding vehicles into a pedestrian haven by adding 850sm of public space. More permanent interventions, like the one in Addis, serve as examples for the citizens to experience, use, and realize the importance of pedestrian-oriented infrastructure.

The rapidly accelerating growth of cities leaves two very distinct, and very real possibilities for the planet: the first is a denser, more compact, safer, and more livable urban future. The second, if we do nothing, is a reality of ever-sprawling cities, exacerbating the issue of congestion in cities and the pollution and economic challenges posed by unsafe, unwalkable city streets. In either case, the solution is street designs that physically alter the street to reduce and even eliminate traffic deaths, while lessening the impacts of crashes that persist.

The guide emerges amid a global revolution in street design as cities experiment with innovative treatments and collect unprecedented amounts of data on their effectiveness (not just in safety, but also in walkability). The guide brings together the collective experience from150 experts in more than 70 cities across 40 countries, and presents detailed case studies of street transformations initiated from Addis Ababa to Auckland. The guide provides hundreds of street design templates that can be adapted to streets as varied as wide metropolitan boulevards, transit streets, residential roads, and narrow passageways in dense downtowns. GDCI and its sister organization, the National Association of City Transportation Officials (NACTO) worked with the Bloomberg Philanthropies Initiative for Global Road Safety (BIGRS) to develop the guide, under the assumption that investments in streets—and specifically street safety—are investments in cities’ people.

“Streets are the foundation of a city’s entire social structure—getting around, working, living, shopping, and playing,” said Enrique Peñalosa, Mayor of Bogotá. “With the guide, cities have, for the first time, a universal resource for creating cities that operate for everyone who uses them.”

As city leaders and urban planners solve the transportation problems of streets they are solving the essential problems for cities—ranging from public health to climate change to mobile technology. What remains is a matter of priorities and political will. It doesn’t need to take years or cost billions of dollars, and it can start with something as simple as a single street. 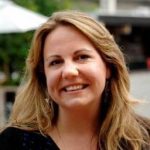 Skye Duncan joined NACTO in 2014 to serve as the Director of the Global Designing Cities Initiative, a multi-year program that has developed the Global Street Design Guide and works with cities on street and public space design around the world. 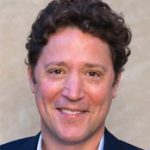 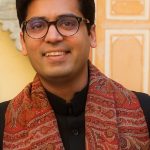 Abhimanyu Prakash is a Program Manager at NACTO’s Global Designing Cities Initiative and works on the organization’s projects in Africa and Asia under the BIGRS program.