The Future of Urban Transportation

CommuteSolutions.org quantifies indirect driving costs at about $13/day for a 16 mile commute. What does this mean for a city? Take Silicon Valley, which has a total of 98,000 car commuters daily, according to the Peninsula Press. The societal tab for car commuters comes to an annual sum of $309M. As the population density of urban areas increases, the rationale for personal vehicle ownership diminishes.

Understanding the true costs of cars on the road, private companies, public entities, and non-profits have been noodling on sustainable transportation solutions for some time. Interestingly, innovative trends in urban transportation, such as Google’s Driverless Cars, car-sharing platforms, and private commuter shuttles, are connected by a common thread: not owning vehicles.

On May 27th, Google announced its newest iteration of the self-driving car, sans steering wheel or brakes. Google’s previous version, which had all of the normal controls of a standard car, allowed the driver to take over in case of emergency. With testing, Google engineers found that it was more of a safety hazard for humans who were napping or reading to take over the wheel, stated the New York Times. Instead, the newly revealed self-driving car version solely operates with a start and stop button. 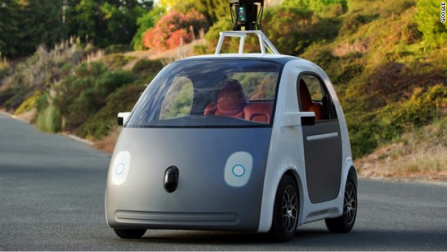 Google co-founder Serge Brin discussed the long-term vision of their self-driving cars in an interview with the New York Times, “Regardless of Google, I think the right model for most of the world will be not through vehicle ownership,” he said. “These should be provided as services for the most part.”  Instead of car ownership, self-driving vehicles could be hailed by smart phone as a means of on-demand, shared, personal transportation within cities. This vision has the potential to change the transportation industry as we know it.

Transportation Network Companies (TNCs) connect non-commercial drivers to passengers via an online platform, enabling drivers to provide rides with their personal vehicles. TNCs are the Lyfts, Ubers, and SideCars who are creating a new market structure for the transportation industry in urban environments. 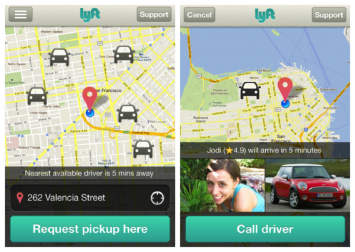 This distributed model of ridesharing fundamentally changes the concept of car ownership. What was once privately owned property is now a means to revenue in the burgeoning sharing economy. TNCs leverage the resource of unused passenger space in cars to efficiently transport urban dwellers.

TNCs emerged in the wake of carsharing services such as Zip Car and City Car Share. Through a membership model, urbanites can have access to cars on demand, without incurring the costs of owning a car. This resource efficiency eliminates the opportunity cost of parked vehicles. It fills the user need of transportation by car through a service.

The rise of ridesharing and carsharing has disrupted the assumption that in order to get around by car, you must own or lease one. By shifting this belief, there is the ability for resource efficient, distributed models of transportation to emerge.

While public transportation, carsharing, and ridesharing are means for transportation within urban areas, there is still the question of the commute to work. Private Commuter Shuttles have emerged as a solution to this last-mile transportation need.  Large companies, such as Google, Apple, Yahoo, etc. are investing in fleets of large buses that connect urban dwelling employees to the office. This alternative removes cars from the road, allows employees to be productive on the commute with wi-fi enabled busses, and reduces the stress of sitting in traffic. 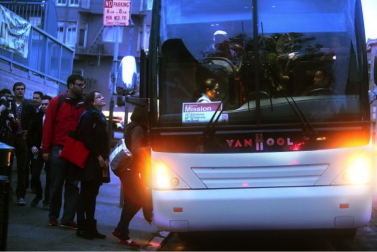 Private shuttles show that employers are investing in alternatives to car commuting. While this solution may not be feasible smaller organizations that don’t have the capital on hand (Google quoted each private shuttle costing over $500,000), there may be creative commuter solutions developed for clusters of organizations or business parks. Innovative companies are capitalizing on the benefits of employees not commuting by car, further divesting urban transportation from personal vehicle ownership.