From Smart Grids to Smart Cities

We recently hosted a conversation about two fundamental pillars of the smart cities of the future– telecommunications and energy – and how the convergence of two gives cities the ability to share infrastructure and data, a foundational element of a truly thriving city.

We believe we can embrace current technology to solve energy, water, transportation, air quality and waste management challenges. By aggregating electricity, gas and water data, a city will become more effective in delivering services to its citizens, and it will help save costs as well as reduce energy and water waste. Bringing all of this together to make a city more effective is where the real value lies.

We invite you to continue reading some of the interesting questions posed by our webinar attendees.

Utility equipment and sensors would be installed by different vendors. How do you bring the information back on a single platform?

Interoperability of devices is enabled by multi-service network architecture. Using the widely adopted IPv6 standard protocol, devices that are built to the standard can plug and play on the same network, similar to a new PC or printer on a corporate network.  The data collected by these devices can be aggregated by software analytics and converted into actionable intelligence, providing a consolidated view—enabling faster decision making.

What activities do you see occurring and standards being established to move systems dependent on SCADA communications to mainstream on TCP/IP? There seems to be heavy resistance based on security and other concerns

Cities can be very influential by insisting on standards and interoperability, not just for their own systems but for organizations that serve them. In that fashion, they can ensure that everything works together. Yes, there may be resistance, but we have been on the smart grid journey long enough that many, many utilities have made the transition and those who are following behind have many good examples to follow.

Can you address security issues related to the increased interconnectedness created by smart cities?­

Cities will need to address security with a plan that is comprehensive yet flexible enough to evolve as new technologies are developed. From a network perspective, IPv6 architecture offers a well-established, widely supported security model proven at scale on critical applications throughout the world.  This coupled with a robust network management system, such as the NMS from Cisco, enables effective security as well as management of network resources and bandwidth to monitor and prioritize network traffic.

Tianjin, Eco-City began in 2007 and is expected to be complete in 2020.  Is that the typical timeframe you’re seeing to transform a place into a smarter city?­

At the Smart Cities Council, we say “Start small… but think big.” Start with a small, quick-payback application that will prove the point, create momentum and generate savings that can be plowed back into the next project. But do that after “thinking big” — after creating a vision for your future city, a roadmap to step you there and a reference architecture that enforces standards and best practices.

In developing countries, it’s really a matter of building basic infrastructure to begin measuring, managing and conserving energy and water. For example, Mumbai, a city of 30 million people, was losing nearly 800 million liters of water a day from leaks and theft. We’re providing basic metering and sensing technology to detect loss as well as accurately capture consumption. Mumbai has seen significant recovery of lost water revenue and improvements in delivery. In Brazil, a significant amount of the power it generates is lost to inadequate systems and theft, which everyone has to pay for.  Improved grid monitoring and advanced metering would greatly improve system efficiency and reliability, while also reducing loss.  I think just becoming more efficient in delivering reliable and affordable service is a key driver and first step for developing countries.

Huijing XU Global City Indicators Facility-The Smart City plan requires strategic planning and policy consistency. So how would you compare the opportunities and challenges in developed cities and emerging cities?

For many emerging cities, the challenge is simply keeping up with rising populations who need basic services.  Since they must expand infrastructure anyway, the goal should be to make it smart right from the start. In some cases, emerging cities have the chance to leapfrog the developed world because they have less legacy infrastructure to retrofit and cope with.

Consider Korea, for example.  In 1960 the small Asian nation was one of the world’s poorest countries. Even when the Internet flowered in America in the 1990s, South Korea was in still in distress, this time due to the Asian financial crisis. But then South Korea decided to build the infrastructure to become a “knowledge superpower.” By 2012, South Korea’s high-speed Internet penetration rate topped 100% — 100.6 subscriptions for every 100 people, the highest in the world.

In the developed world, the themes are often renewal and resilience. As cities modernize and upgrade their infrastructure, they should do it smart. In that fashion, they can become a smart city one step at a time.

Just wondering how Itron and others are working together, regardless of competitive products and technologies, to ensure world-wide open standards for devices, connectivity protocols, and back-end technology are developed and followed.­

Itron is developing technologies that are standards-based, and we’re working with world-class companies like Cisco to deliver them.  True interoperability has always been our vision. We believe that a multi-service network will build a broader ecosystem for grid modernization and a path for smart cities.  In addition, we participate in standards group and are advocates for standards, particularly in Europe and other parts of the world where each country is defining its own specifications.

Rarely does a city need to tear down its existing infrastructure. Rather, it needs to install low-cost, IP-compatible sensors at critical points to monitor conditions — to monitor energy consumption, water consumption, traffic flow, bridge safety, etc., etc. The city simply needs a plan in place with clear standards. And not just technical standards but also standards for key process issues such as planning and procurement. If departments are mandated to confer to look for synergies before starting a project; if all purchases are scrutinized to ensure they adhere to standards; then each time it builds something new or upgrades something old it will be building more connections and synergies.

What is Itron developing for individual buildings to connect energy and telecom communication to the electric grid?  ­

Itron’s technology today is capable of providing building-level information.  For example, in Charlotte, North Carolina, our technology is aggregating energy and water usage data for energy efficiency and conservation as part of Envision Charlotte, a public-private sustainability collaboration. With this information, building managers are using it to be more efficient and reduce footprints.

Smart Cities also address the emerging mobility needs of its citizens.  How do you see the evolution of the smart utility and communications infrastructure to meet these mobility needs?­

Smart Cities Council Lead Partner Qualcomm says that 10 years from now the world will need 1,000 times more bandwidth than it has today. Cities that recognize that imperative and start building for it today will have a competitive and lifestyle advantage. 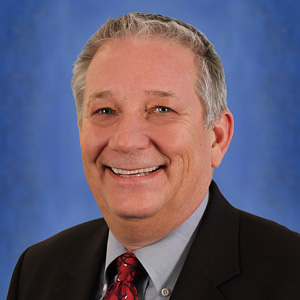 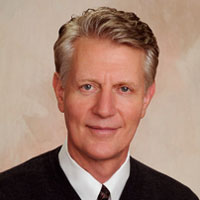