Fighting COVID-19: How Gamification Can Reenergize Local Government and Help Save Small Businesses

Amos Meiri is co-founder and CEO of Colu, a smart city technology company enabling municipalities to increase civic engagement by rewarding residents for actions that promote strategic goals for community good. Colu’s platform and unique City Coin unlock ways for cities to thrive, connect and become more inclusive. Amos is a pioneer in the adoption of innovative technology to help cities engage residents and boost participation.

What drives residents to take action? This is the million dollar question that municipalities and city councils across the United States are asking themselves as the coronavirus spreads. This is especially critical when cities are challenged with an unprecedented balancing act between the interests of public health and the local economy.

Behavioral economics is the study of psychology as it relates to the economic decision-making processes of individuals. If cities can recognize the underlying fundamentals of what drives their residents’ behavior, they can encourage and reward behaviors that are aligned with the city’s objectives.

Some people claim that the answer to this question may be found in a concept called gamification. Gamification is the application of game elements and digital game design techniques to non-game problems, such as business and social impact challenges.

Today, more than ever, cities can use technology to positively influence the behaviors and actions of their residents, and to promote strategic action through communication and resident engagement.

Gamification can be applied to various aspects of residents’ lives:

Residents benefit twice: by supporting local businesses, and by being rewarded for spending their money locally which boosts the city economy and uplifts its resilience. For example, a city challenge may offer residents a reward for shopping at local businesses four times in one week; they only receive the reward upon making their fourth purchase. The challenge, a proven gamification concept, sets a goal, a reward, and “keeps score” until the resident completes the fourth purchase. Another example would be to offer an escalating percentage of cashback rewards as residents shop more frequently at local businesses. Both examples show how we can influence behavior by creating a sense of progress towards a goal. The positive impact for a city’s resilience is infinite; small businesses thrive, the local economy thrives, municipalities earn additional taxes from increased economic activity, and residents are highly engaged and acting towards achieving the city’s goals.

The advent of technology in our lives has adversely impacted our focus on the local community. We live in cities, but rarely engage with governments and leaders. Residents want to feel a sense of community and have the ability to interact with not only their neighbors, but also their local government. Governments need real-time feedback to incorporate into their strategy and policy. Currently, the public might only participate in government at town hall events or through social media. These forms of engagement only show us a small sample size of ideas and opinions, and typically show a reactive sentiment to something that has already occurred.

Governments can utilize technologically driven reward systems to be proactive and create a landscape where residents feel encouraged and rewarded for participating in public discourse. By rewarding residents for communicating, cities can create a dynamic conversation that allows residents to feel like they are heard, ensuring a constant feedback loop. Dr. Ayelet Gneezy, Professor of Behavioral Sciences & Marketing at Rady School of Management at UC San Diego, says that if we want to impact people’s behaviors, we also have to show them how we are “making a difference in someone else’s life.”

Cities can look to gamification to create a tiered reward structure that escalates rewards for engaging in a specific behavior (with a specific frequency) for a predefined period of time.

Engagement & Communication During the COVID-19 Crisis

Cities have to overcome the newfound complexities of local government employees working remotely, while also developing rapid and effective responses to the crisis. Cities also have less staff on hand, and therefore potentially less bandwidth to introduce proactive initiatives such as assisting local businesses, which are suffering like never before. During the COVID-19 crisis, city governments are faced with unfamiliar concerns relating to managing the effects of the crisis – such as communicating with residents effectively and responding to economic considerations. A fast response from local governments will be critical to address growing public concerns relating to COVID-19. 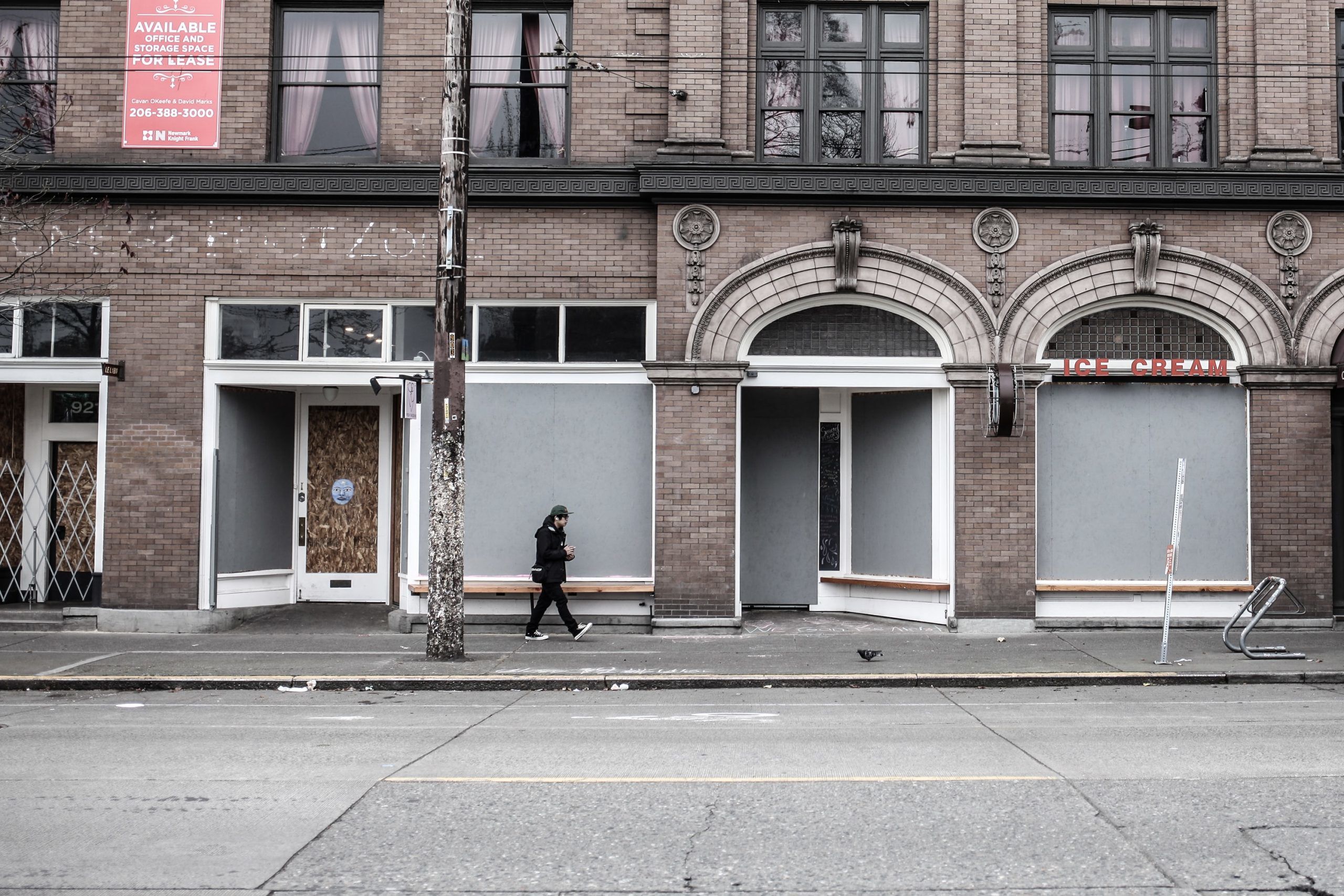 Technology can be implemented in cities today to help influence resident behavior. In particular, adding a gamification component, such as a reward, can motivate residents to complete a specific action.

In Tel Aviv, gamification has proven to be an effective tool to achieve increased overall levels of resident engagement. Moreover, it appears that in times of crisis, it may also even affect population sectors that usually refrain from engagement. Since the current restrictions on traffic and businesses began in Tel Aviv  (which is known as the ‘Nonstop City’), the number of transactions in Colu’s Tel Aviv app has reached all-time highs.

An interesting example of this is the first COVID-19 related campaign that was designed to encourage local consumption, called “The Local Shoppers Challenge.” This one campaign generated $145,000 in local economic activity within just two weeks, at a time when COVID-19 was shutting down the economy. Colu launched this campaign in partnership with the Tel Aviv Foundation, which works to help disadvantaged communities in the city. The campaign features a digital punch card; when the card is used four times at local businesses for a transaction of at least NIS 20 (~US $6) each, residents are granted a one-time reward of 35 Tel Aviv coins (~US $10). This award is only offered to residents that complete the entire challenge (four qualifying transactions). 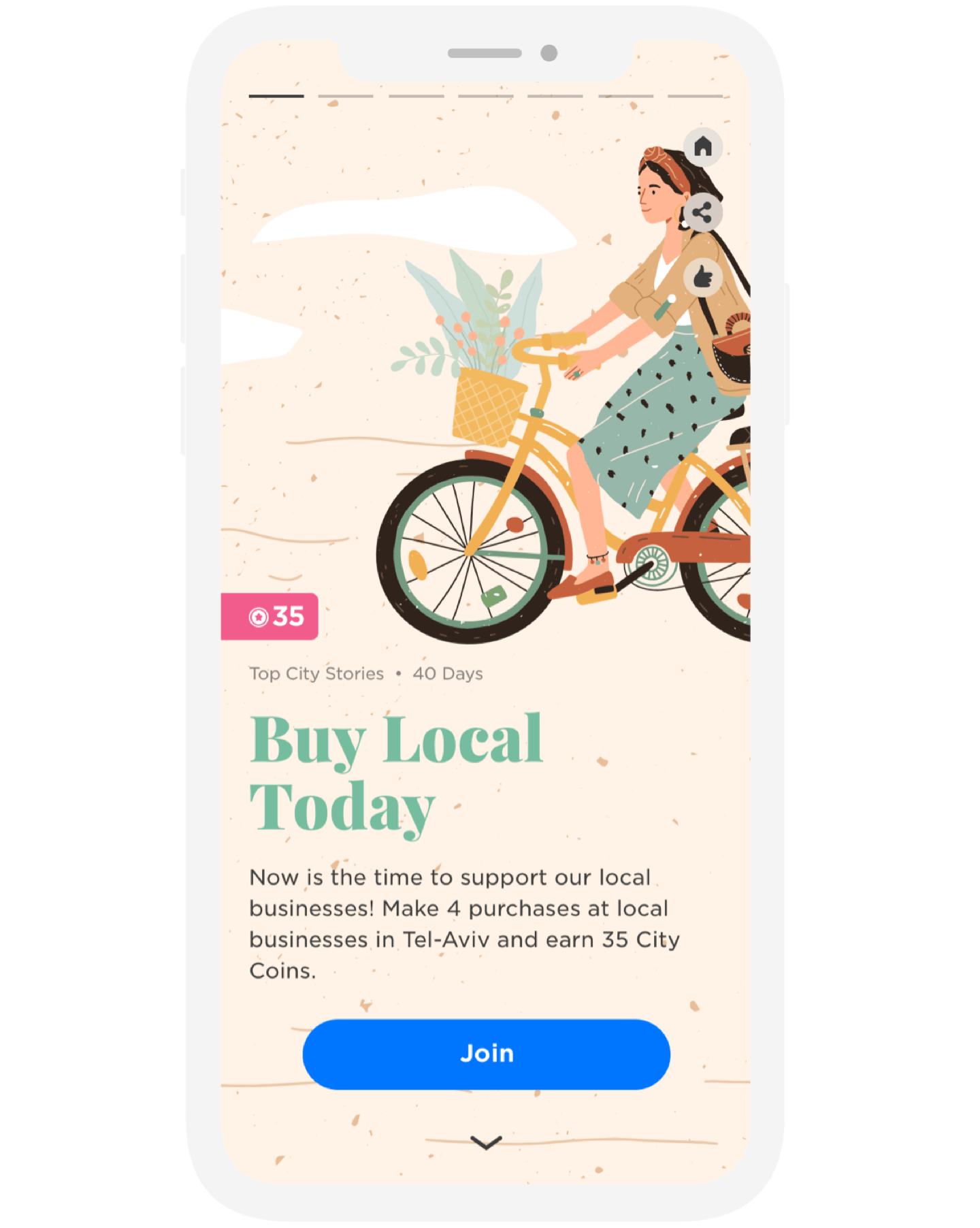 In the first two weeks, over 4,000 users signed up for the challenge; approximately half of them made at least one purchase at a local business, while only 7% completed the entire challenge. In short, the foundation spent only $2,500 to achieve $145,000 (58x ROI) in economic activity. Dr. Hila Oren, CEO of the Tel Aviv Foundation, noted “the most important result is the 30% increase in revenue that businesses received through Colu; this gives us hope that this will grow and that buyers will stay after COVID-19.” 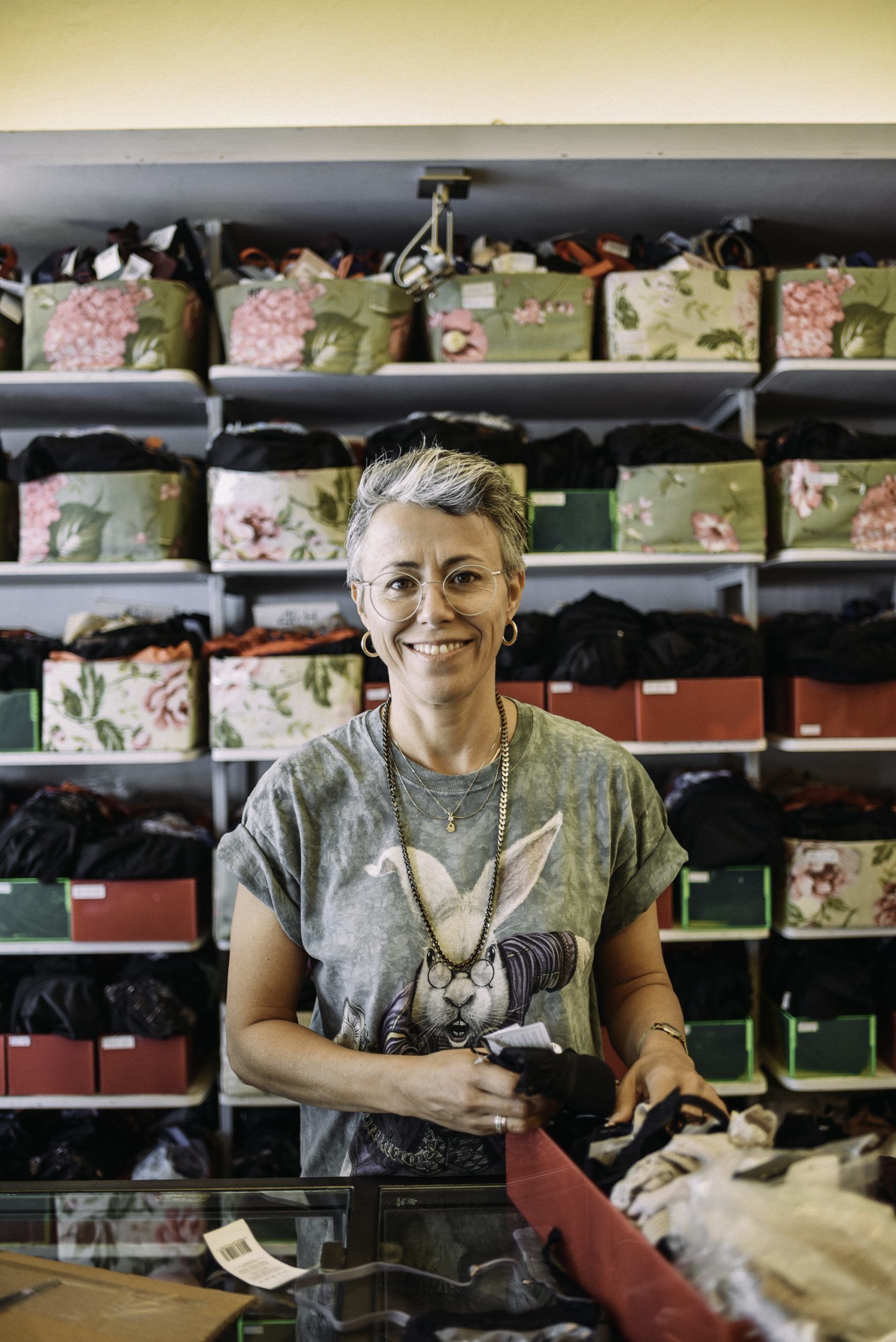 Another very well-received campaign that went live in Tel Aviv was the “Gift Card Challenge.”  As part of this challenge, citizens were asked to purchase gift cards from temporarily closed businesses to redeem them in the future, once the businesses reopen.

A now-viral post published on Facebook by a Tel Aviv resident describes how he found a creative way to help a small business close to his heart: the hairdresser that he usually visits once a month.  “Through the gift card challenge,” he wrote, “I decided to pre-purchase my monthly haircut, a year ahead. I urge you to think which of your local businesses you can help.” 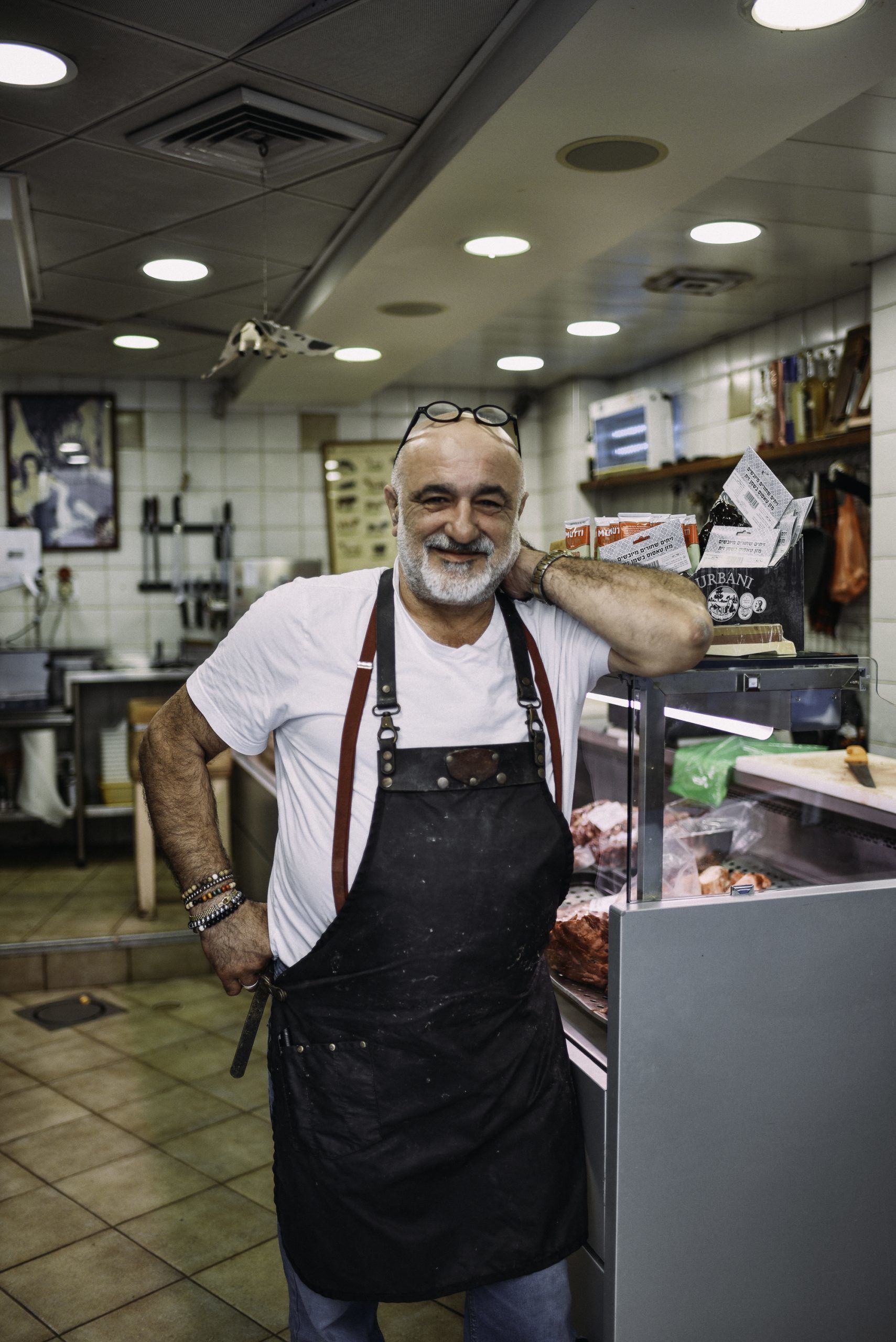 The competitive nature of the campaign has encouraged some Tel Aviv residents to go above and beyond. For example, some residents have started pre-purchasing pet food; others have paid in advance for recreational activities, such as summer surfing rentals.

A common feature that reflects the concept of ​​gamification is issuing badges and ‘rankings’ for app users based on their activity. This common feature is seen in popular apps such as Uber, Gett, Waze, and many others.

This concept can support civic goals as well. For example, as part of a Tel Aviv based collaboration with a nonprofit focused on the local elderly population, Colu users had the option to convert their accumulated digital City Coins to a donation to the nonprofit.  Residents who participated in the fundraising campaign received an acknowledgment message and a “Local Hero” badge. Within the first hour of the campaign alone, app users donated more than $5,000.

We are in the midst of a pandemic with an unprecedented impact on our daily lives. As many cities must now adopt a reactive approach to the crisis, the private sector can enable cities to take proactive measures for their constituents. Key behavioral and economic research can be applied to develop solutions, which technology can deploy and implement. Rather than serve as a distraction, technology can offer a connection to the tangible world around us and help us sustain our communities in the face of a crisis.