This blog explores the creation of a broad-based stakeholder coalition within metropolitan Albuquerque that would bring together both formal and informal leaders in ways that will increase citizen participation and effectiveness in influencing growth and change within their Middle Rio Grande regional community.

History suggests that citizens’ are increasingly interested in participating in decisions regarding the growth and change of their communities. The world has seen the rise of democracies accompanied by increased freedoms and broadening of civil rights via changes to society’s formal organizations.

A review of the origins and the historical evolution of religions, philosophical, social and political movements and revolutions reveals that many, if not most, of society’s most significant transformations have been initiated via informal initiatives and organizations.

Examples include the global environmental movement as described by Paul Hawken in Blessed Unrest, recent uprisings such as the Arab Spring, the Occupy Movement, populous movements such as the Tea Party, the Alliance for Defending Freedom (ADF), Donald Trump’s nomination as President of the U.S., France’s “National Front” organization, & Brexit.

Citizens throughout the world have faced similar situations for millennia as they experience disempowerment. Common examples include:

An increasing number of U.S. communities are experimenting with various means of achieving more effective citizen participation. Examples can be found in the Living Cities initiative, “Improving Public Engagement” and a recent Kettering Foundation Report entitled Changing the Culture of Local Governance: Cities experiment with the legal and policy framework for public participation, by Charles Wisoff & Matt Leighninger, published by the Kettering Foundation, July 15, 2015.

Albuquerque is a high desert, mid-size western American city located at 5,300-ft. elevation in the geographic center of New Mexico, straddling the Rio Grande River. The natural setting of the City is dramatic. Visitors and citizens alike, are captivated by the New Mexico sky, the Sandia Mountains to east, the mesa’s to the west and the verdant river valley and historic acequia culture running north/south through the City.

The City is home to slightly more than 25% (+/- 550,000 pop) of the State’s population of just over 2 million people and occupies about 190 square miles. It is a classic western American City with a low density of 2900 people per square mile. (Los Angeles’ density is 7,122 people/square mile). Metropolitan Albuquerque expands to just under 900,000 people, or nearly half of the State’s population, and occupies approximately 9,300 square miles, or 7% of New Mexico’s land with a density of 97 people/square mile. The State ranks 46 out of 50 states for density.

Albuquerque’s expansion is bounded on the east by the Sandia Mountains, on the north by Sandia Pueblo, and on the south by the Isleta Pueblo and Kirtland Air Force Base. The City continues to expand to the west, past the Petroglyph National Monument, once thought to be the western boundary of the city. Like many American cities, the urban center has suffered a loss of vitality as the City has grown its boundaries.

The original inhabitants of the Rio Grande Valley settled the Region in +/- 9200 BCE. The Spanish Conquistadors arrived in the 16th Century and Albuquerque was founded in 1706 as a farming community along the Rio Grande. The railroad arrived in 1880, providing a major economic stimulus for the City. Automobile travelers started coming to Albuquerque via Historic Route 66 in 1926, and the City began expanding from west to east along Central Avenue. The ancient Camino Real and historic Route 66 intersect in downtown Albuquerque at the intersection of 4th Street and Central Avenue, Albuquerque’s primary east/west thoroughfare.

Albuquerque’s growth during the 20th Century was supported by:

The above factors are currently having a major impact on Albuquerque’s economy as well as its future vitality and resilience.

The City experienced a 1-2% population loss/year over the last 3-5 years. An inordinately high percentage of Albuquerque’s population is either unemployed, underemployed, and/or under-educated. Fully employing these citizens is an extraordinary opportunity for the City to transform social support programs into increased economic and social vitality for the entire SMSA.

Albuquerque currently ranks at the low end of most national indicators for social and economic vitality and health. Simultaneous to the increasing challenges facing metropolitan Albuquerque, a growing unrest and a seemingly “organic” citizen activism is evolving among citizens & citizen-based organizations in the Community around a variety of issues and initiatives including:

As in other communities, some of the citizen-based initiatives that have evolved around these issues are informed and supported by knowledge & experience drawn from various national and international organizations & resources such as Smart Growth America, Living Cities, Walkable Cities, the International Council for Local Environmental Initiatives (ICLEI), Meeting of the Minds, etc.

Other local initiatives have come from local government, private developers or other influential interests, for example, a bus rapid transit system that will run the length of Central Avenue, a proposed 13,000-acre, 90,000 population “planned community” on the West Mesa outside of Albuquerque, etc.

Some of these initiatives could prove to be deleterious to the Community and some have felt like they were being imposed on the Community over substantial citizen objection. Simultaneously, some of the City’s and County’s most intractable economic and social issues are seemingly being neglected, under-resourced or otherwise inadequately addressed.

The Prospects for a Broad-based Stakeholder Coalition

The time seems ripe to create a broad-based Middle Rio Grande Stakeholder Coalition that includes both formal and informal community leaders from a broad base of local stakeholders. The Coalition could provide the foundation for coalescing interests that have frequently and historically been in conflict with each other, (eg. citizens, city & county government, developers, etc.) around identifying and agreeing upon community priorities, initiatives & strategies. The Coalition’s mission and objectives would be to:

Exploration of the feasibility of a broad-based community coalition as described above has been underway since January, 2016 via a series of small group and individual meetings with perceived “leaders of leaders” in the community.

The initiators of this effort will be attending the October 25-27 “Meeting of the Minds” Conference in Richmond California for the purpose of exchanging information and experiences with Conference attendees and further exploring the potential, structure and strategies for a Middle Rio Grande Community Stakeholder Coalition.

Please join us in this blog conversation about the possibilities. We are particularly interested in your thoughts, suggestions, reflections or any other comments you might have regarding the work we are doing in the Middle Rio Grande Region (Albuquerque, Bernalillo County and surrounding communities).

The following “proposition” & discussion questions are intended to stimulate dialogue and frame the local situation.

A growing sense of citizen disempowerment is evolving within certain segments of the community due to a history of what has felt too much to the community like “top-down” decision-making. Simultaneously the community is facing persistent dysfunction within several of its major systems (eg. School System, Police System, Penal System) while experiencing negative economic, population & social trends .

City, County & State governance, as well as the citizens of those jurisdictions have not been able to deal effectively with critical issues that have resulted in the State ranking at or toward the bottom of all too many “lists” of social & economic indicators. Many, if not most of these issues are also present within the Albuquerque Metro community, in addition to issues and challenges unique to the Community.

In order for both citizens and local government to evolve toward a more effective means of addressing the Community’s key issues, a broad-based stakeholder coalition of formal, informal & governmental community leaders is being explored.

The purpose of the Coalition would be to actively engage a broad base of stakeholders in the development of a “Strategy for Growth & Change” in the Region while giving citizens an effective voice in key decision-making.

Thank you for your participation in this conversation. 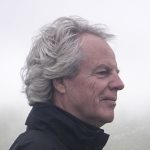 For the last 20 years, David has focused on a variety of pro bono community & economic development projects in New Mexico with special emphasis on citizen & community empowerment including the re-envisioning of a blighted 234-acre State Fair grounds, the redesign of a proposed bus rapid transit system, development & integration of unique rural assets into the primary identity & economy of the local community, a land swap exchanging a proposed 13,000-acre sprawl-oriented planned community for a package of infill parcels, and the evolution of a broad-based community stakeholder coalition for the purpose of giving citizens effective voice in major community decision-making. 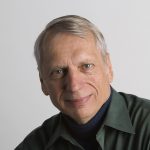 Kit Ratcliff has been the president of the 110 year old firm of The Ratcliff Architects for over 30 years, a firm focused on academic and healthcare architecture. For the past decade, Kit has been bringing the principles of living systems into his work to determine the potentials his clients might enjoy to lift up the vitality and viability of their organizations, in order for them to evolve into a better relationship with human and natural systems.