Lyle Wray serves as Executive Director of the Capitol Region Council of Governments based in Hartford, Connecticut. He has served in state and local governments and as director of a nonpartisan think tank based in Minnesota.

The metropolitan area of Hartford Connecticut has seen two coworking centers open in the past several months. Axis 901 is upstairs from an art gallery on Main Street in Manchester Connecticut. It has attracted technology startups and writers among others to open space and private offices. ReSet recently opened in downtown Hartford as part of a social enterprise incubator and community coworking space.

To get a sense of some firsthand experience of working in a coworking center I reached out to Sean Kershaw, Executive Director of the Citizens League based in the Twin Cities in Minnesota. The Citizens League, which I headed for 11 years before Sean, moved to the CoCo center in Saint Paul 18 months ago. The center is in a former warehouse across the street from Union Station and an upcoming light rail stop in Saint Paul. 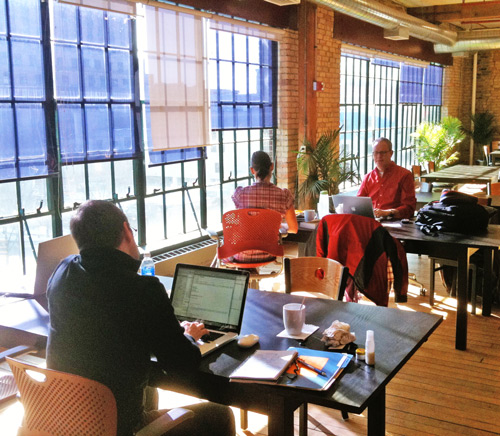 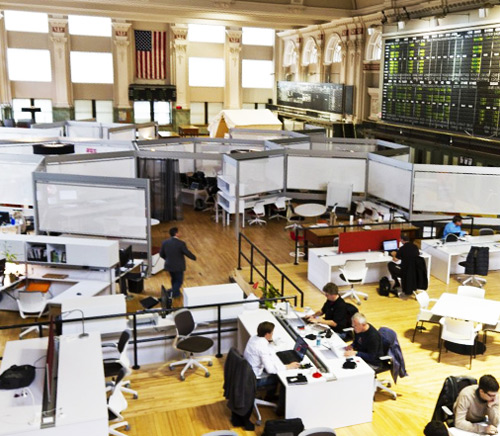 According to Sean Kershaw there were “no downsides” to moving from their own exclusive office space to a coworking center. The coworking center “has worked well and beyond what we expected.”  For the Citizens League it was a less expensive and more flexible option—not more space than our organization would need. It was as he said “in a cool old warehouse.”

Initially they were hesitant about open space, but they find private space when they need it. In his view “we keep running into interesting people. One person is working on water quality by finding ways to micro apply fertilizers to minimize agricultural runoff.”  There is a choice of two related coworking centers—one in Minneapolis and in Saint Paul.  According to Sean, “it is great to have a choice of two centers and to be able to work in different places and for a change of scenery.”  In his view, coworking has been “good on the margins for recruitment.”

Growth in coworking centers seems to be picking up in many parts of the country. The movement seems to be in rapid evolution along several dimensions. One dimension of this evolution is general versus specialized centers. Some coworking centers accept all comers willing to pay for use of the facilities (CoCo in Minneapolis and Saint Paul, Minnesota, for example) while others are focused on writers (Brooklyn), fashion and design (San Diego) and business startups (Axis 901). It will be interesting to see whether specialization becomes the norm. Users have remarked on the benefits of cross fertilization and serendipity involved in mixing a variety of backgrounds and aims.

A second dimension is whether the cowork center is used for a day or two a week or a full time work space. Cowork centers offer a menu of time options from daily to intermittent use. Is the cowork center acting as a supplement to home work space or as a replacement? This may relate to limited residential space in some cities or the desires and needs of users. It will be interesting to see just how much of users’ work time in spent in cowork spaces rather than home offices or other sites.

A third dimension is solo use versus work team use of coworking spaces. Coworking centers can attract individuals working on projects or work teams. With use of videoconferencing and other remote conferencing tools work teams can be spread around the globe as well. It will be interesting to see how the mix of individuals, work teams and remote work teams evolves in centers over time.

How coworking centers evolve on these three dimensions over the next few years should be interesting to watch.