Ronda Jackson joined KABOOM! in April of 2017. In this role, she is working to galvanize nonprofit allies and build partnerships with federal, state, and local government officials to achieve playspace equity. Prior to joining KABOOM!, Ronda was the Assistant Director of Public Sector Innovation at Living Cities where she worked with cross-sector leaders in cities across the nation to build a new type of urban practice aimed at dramatically improving the economic well-being of low-income people.

The building blocks of childhood are out of reach for kids and families across the United States and around the world as communities face the impacts of COVID-19.  With nearly 90% of Americans under orders to stay home, communities and kids across the nation are facing a new reality. The places we associate with the essentials of childhood: schools, recreation centers, parks and playgrounds, are increasingly shuttered and out of reach. Millions of families cooped up indoors are adjusting to a new normal without access to these critical assets.

The COVID-19 crisis is bringing to light a need that is too often overlooked in times of relative normalcy: the infrastructure of childhood. As cities grind to a halt, the importance of things like good schools, quality healthcare, nutritious food, and safe places to play is undeniable.

Decades of research and the everyday experiences of caretakers show us that play is an essential part of childhood. The isolation brought on by the current crisis demonstrates in dramatic effect how valuable playgrounds truly are, not only as community gathering places, but as essential civic infrastructure that make neighborhoods resilient places where kids can thrive.

When social distancing restrictions are lifted, families living in communities where government and civil society have invested in critical community infrastructure will return to the playground. But for far too many kids; particularly kids of color who live in communities that have faced long-term disinvestment, the yearning to run, take risks, climb, soar, and make friends on the playground will be just as strong. The return to a “normal” that many of us take for granted just isn’t possible for those kids because “normal” didn’t exist in the first place.

As leaders at all levels of government and civil society consider how to stem the impact of COVID-19 with equity in mind, expanding access to play so that all kids can have an opportunity to live healthy, vibrant childhoods must be a priority. 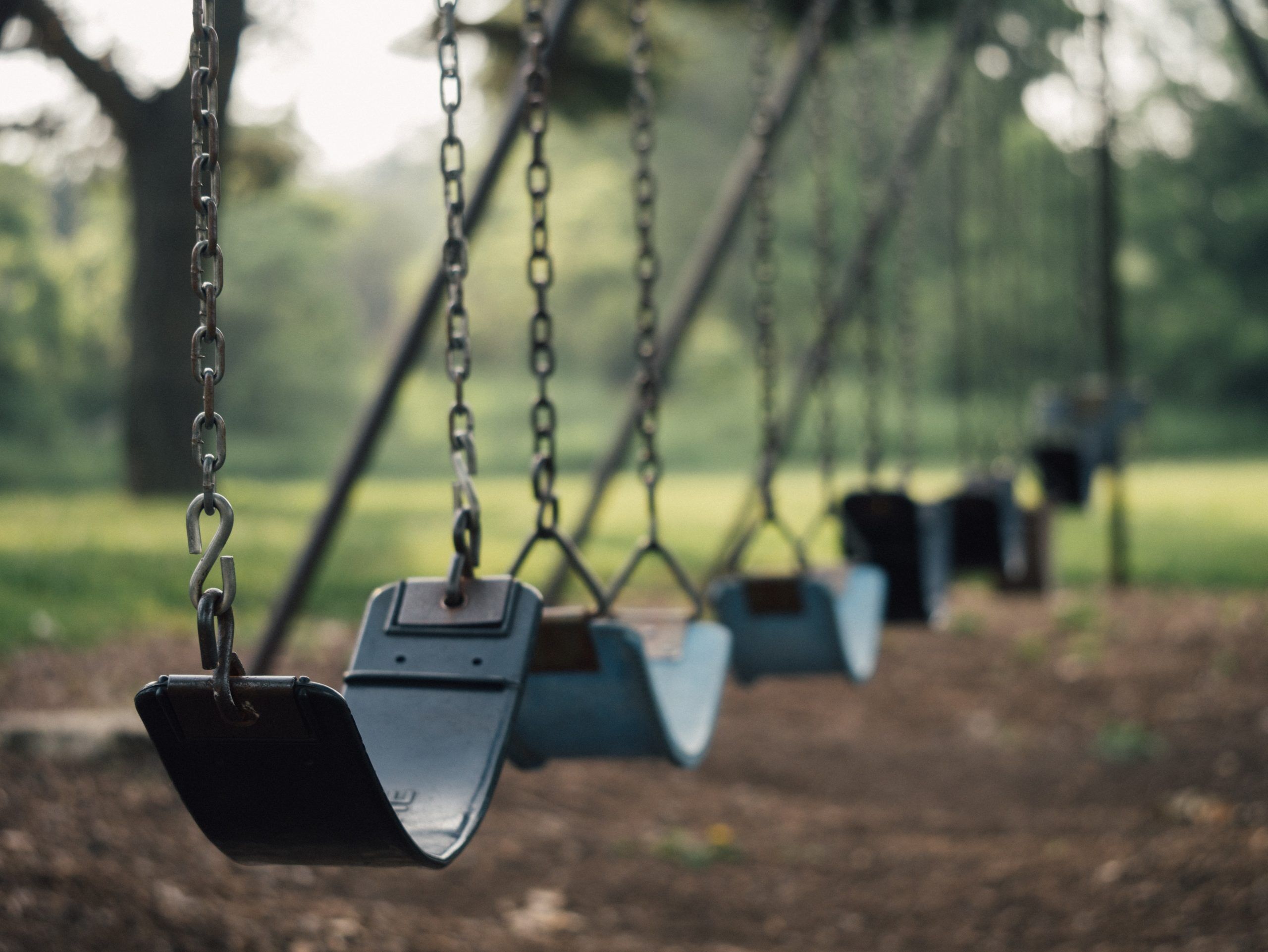 Since our founding over 24 years ago, KABOOM! has worked hand-in-hand with communities to build incredible, kid-designed playspaces that help give kids in every zip code the opportunity to thrive. Right now, we’re in a scenario we never could have imagined: supporting public health recommendations that playgrounds remain closed.

The challenge of COVID-19 is tremendous, but it also presents an opportunity for the nation to rally around an urgent need: investing in the infrastructure of childhood. We believe that through deep partnerships with communities and a range of public, private, and philanthropic partners, we can achieve what we call playspace equity. Simply put, this means a world in which every kid has access to quality playspaces regardless of factors like race, ethnicity, income, or zip code.

In most U.S. cities, long-term disinvestment has created a dramatic set of disparities in the infrastructure of childhood; disparities that are mirrored in the educational and health outcomes of children.

Baltimore is one such example of how historic, racialized disinvestment leads to playspace inequity. A 2012 study of capital funding needs in Baltimore City Public Schools (BCPSS) showed that it will take a shocking $2.5 billion to bring its facilities up to minimally acceptable standards. With a number this high, the first question that jumps to mind is: what’s behind this gap?

When compared to surrounding jurisdictions, BCPSS receives a similar level of capital funding from state authorities, around $50 million each year for modernization and renovation. The major difference lies in local funding, which is derived from local taxes. Even though surrounding school systems serve a comparable number of students, Baltimore City receives hundreds of millions less in capital funds each year because its tax base is significantly smaller.

The story of why Baltimore and other post-industrial cities saw dramatic declines in their tax bases in the second half of the 20th century is well documented. Segregation, industrial decline, White flight, and further waves of disinvestment and depopulation decimated the financial and political capital of urban centers.

The result is that scarce resources force city leaders to make what seem like impossible choices about where to invest in the infrastructure of childhood: playground or library? Recreation center or park?

The work to close all of these disparities and address chronic disinvestment is likely generational in scope. But we believe that we can solve a piece of the puzzle and make a significant impact in the lives of kids and communities by investing in the infrastructure of childhood. That’s why KABOOM! is partnering with BCPSS to do an analysis of playspace condition across the school system, to target investments toward schools with the greatest infrastructure needs.

KABOOM! is committed to ending playspace inequity, because every kid should have a great place to play when this crisis is over. When the time is right, we will be ready to get to work in communities across the country. But we can’t do this work without the support of federal, state, and local leaders who recognize the essential role of playspaces in making cities resilient, vibrant places to raise future generations.