Richard Kadzis is a former broadcast journalist with All Things Considered, the founding editor of the South Carolina Business Journal and former editor of CoreNet Global’s LEADER Magazine.

Companies are giving their employees a voice, and it’s paying off.

Profit margins, market shares, and survival rates almost always improve for companies that treat their employees as stakeholders with a seat at the table, helping inform or maybe influence meaningful change. 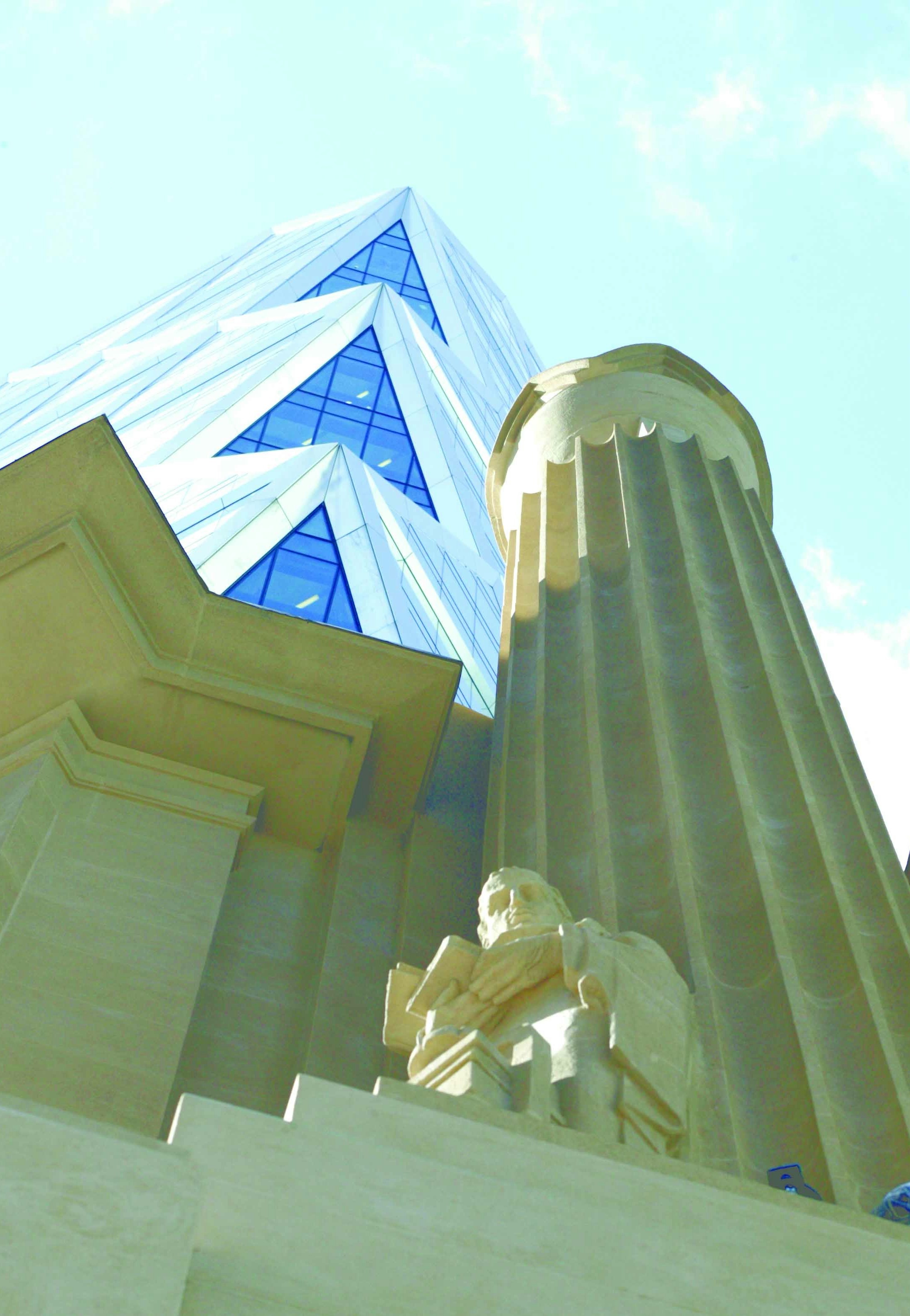 The new Hearst Corporate Tower in New York City blends the former, historic headquarters building of the company with the new, highly sustainable high rise tower in Midtown, a product of extensive stakeholder input among management, employees, suppliers and the local community.

They are sometimes called ‘meta-companies’ for their ability to foresee and adapt to change, at the same time engaging their employees in the process of change.

It’s all about resiliency, responding to changes quickly and effectively. The same holds true for cities that provide ways for their citizenry to be heard and to have impact.

“Gaining public consensus is important to cities, and also to corporations, many of them experimenting with structures as ‘meta-companies’ in which employees are given a strong voice and choice in change management processes,” Miscovich writes.

He cites a McKinsey study supporting the point. It quotes late Boston Mayor Thomas Menino: “Get everyone engaged. Listen to the neighborhoods. The story of change is not about the mayor, it is about the engagement.”

“When communities are engaged in their places of work, and play an active role choosing their own work locations and patterns, the whole city is made stronger.”

Inclusive, transparent and engaging approaches like Menino’s in Boston are examples of the community stakeholder leadership model, which had a compelling genesis.

It saved both a rust-belt city from economic ruin and a multinational corporation from extinction, simultaneously.

The city’s main employer, Cummins Diesel, faced an outmigration of qualified workers due, in part, to the decay of the public schools there. Cummins also faced a competitive business challenge and was losing sales and global market share. There were layoffs.

The company’s founder and chairman, J. Irwin Miller, stepped back and took a holistic view of the entire community. Rather than help only Cummins, Miller endowed a community foundation and brought literally all of the city’s stakeholders to the table: employers, schools, non-profit agencies, churches and other interests.

Several decades later, Columbus was rated as one of the top 10 U.S. cities for architectural attractions.

It is also highly rated internationally. The endowment and its supporting institute enabled the development of more than 30 world-class buildings, and the school system was rebuilt successfully. 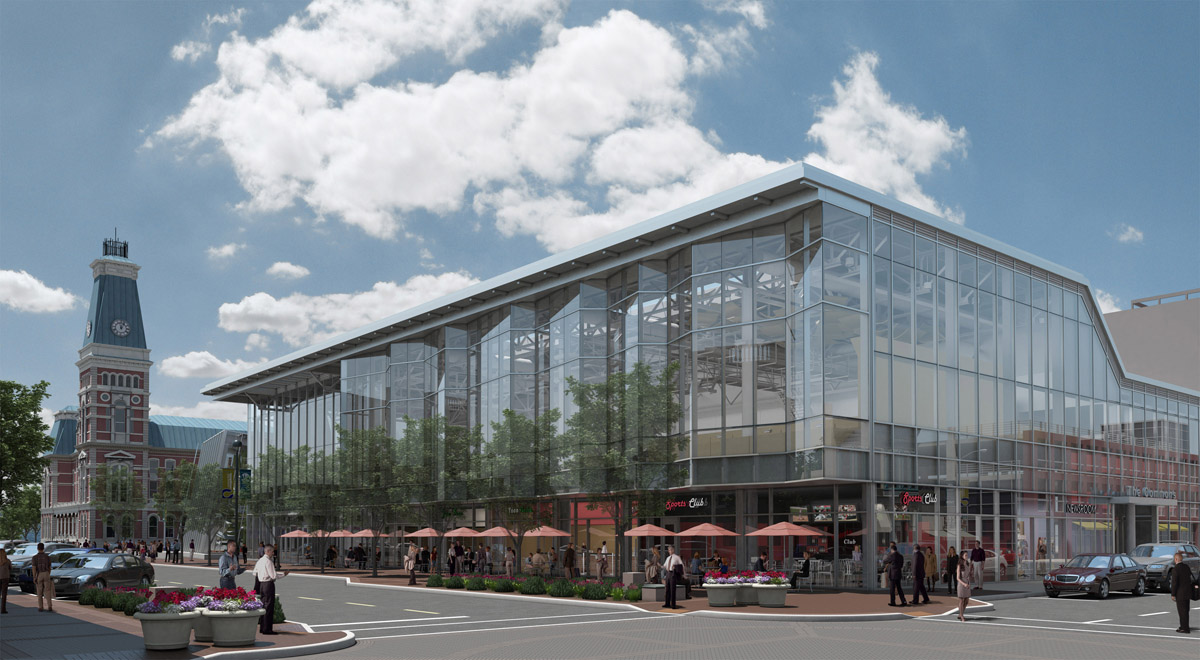 Columbus, Indiana, is noted for its revitalizing, in part, using world-recognized architecture for government buildings, schools and other public places such as ‘The Commons,’ a shopping and community center with a playful kinetic sculpture set against the older architecture of the city.

The brain-drain was stemmed, and today Columbus has a healthy supply of qualified, educated workers. Unemployment is well below the national average, and per capita income is still growing there.

Cummins came out a winner, with its global competitive advantage and market share strengthened, but the entire community is benefitting, too.

No wonder, before Miller died, Esquire ran a cover photo of him with the simple but telling headline: “This man ought to be President of the United States.”

Imagine if the same model could be adapted to Washington, D.C. or the financial centers of the European Union. The fiscal and sovereign debt crises might be solved.

Think about applying the model to the city. A growing number of corporate enterprises are doing just that – profiting from the ideal of “enlightened self-interest” espoused by Miller and Columbus.

After all, it began as an urban innovation.

For the most part, leadership training programs focus on the inner qualities of an individual. But leadership is not about a person. It’s about cultivating trusting relationships between groups of people and tending to things much bigger than the individual alone. 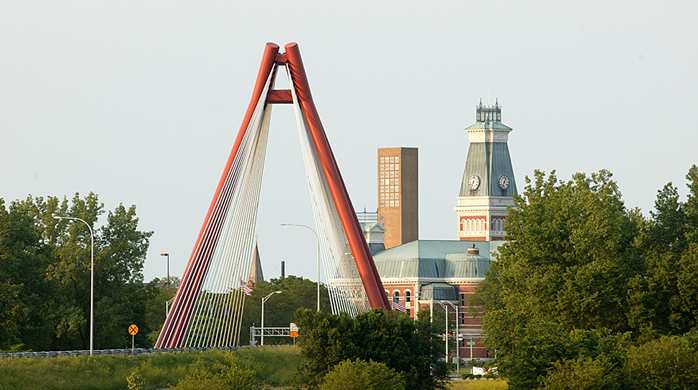 The GI Bridge in Columbus, Indiana, is a symbol of the city’s reemergence inspired by a wide range of community interests working together under the auspices of a community foundation set up by the late Irwin Miller of Cummins Diesel Corp.

Rather than looking inside the individual as the first step, the Columbus, Indiana, community institute formed by J. Irwin Miller takes a distinctive approach that starts by looking outward through the lens of the stakeholder concept. It first asks: How can we create as much value as possible for all groups that have an interest in a community challenge? It then makes use of the coalition-building process to solve these grander challenges.

It’s a different mindset and approach. It’s more community and collaboration-based. It’s certainly not top-down or autocratic. And it often leads to powerful outcomes.

Also take note that a “Grand Challenge” became the centerpiece of the Columbus model, for without a focal point, a mission or purpose, engagement won’t happen.

Engagement is a catalyst for effective change, and so is leadership style. In a new-economy context, collaborative styles that build consensus prevail, in both cities and enterprises.

Cities can learn from companies, so place yourself in the context of the new economy and a framework that calls for the community stakeholder leadership model. Flat organizational structures are nothing new; only that the Conceptual Age, successor to the Information Age, is making them more compelling than ever.

Letting go of traditional, top-down, hierarchical ways is not only freeing, a company’s survival can depend on it.

Here are some of the early adopters of the bottom-up, people-centric business model inspired by Cummins:

Cities are in the same boat as companies; they can rise or fall with the tide.

When Cummins Diesel and Columbus confronted their future in the 1950’s, the survival rate of S&P listed companies averaged 60 years. By the 1990’s, it had dropped to 20 years. The failure to shift or stay current is getting more costly. Look at Kodak or Blockbuster compared to Google or Netflix.

To cities like Detroit – a reverse image of Columbus – take heart in a Classical adage: Don’t fiddle while Rome burns. Convene your stakeholders.