Coaxing Us into the Shared, Autonomous and Electric Future

“Habit is habit, and not to be flung out of the window… but coaxed downstairs a step at a time.” – Mark Twain

Many of us in sustainability and smart cities circles often dream of a future where people can get everywhere they need to go with great efficiency and minimal carbon footprint. Walking, biking, using public transit or shared, autonomous, electric vehicles are the order of the day.

Is that future really possible? According to one study, yes. The Organisation for Economic Co-operation and Development (OECD) concluded from its 2015 study that shared, autonomous vehicles could deliver the same service level with 90% fewer vehicles on the streets when paired with an underground public transit system. Even in a scenario where there was no underground option and rides were not shared, autonomous vehicles could cut in half the numbers of cars on the road. The findings were also covered by industry veterans Robin Chase and David Roberts.

Electrify the above-mentioned fleet and it is plausible that a shared, autonomous, and electric future would indeed reduce congestion and greenhouse gases, increase productivity due to less time in traffic, improve air quality, and reduce road fatalities. While much has been written as to how we achieve that vision, one thing is certain: All paths lead through reducing personal car ownership and increasing the number of passengers per vehicle per mile.

Making single-occupancy trips via an internal combustion engine is a habit we have developed over the last 100 years, and per the guidance from Mark Twain, we won’t be able to just fling that habit “out of the window.” We need to coax that habit “downstairs one step at a time” – by first getting people out of their own cars and into shared vehicles, and then automating and electrifying those vehicles. 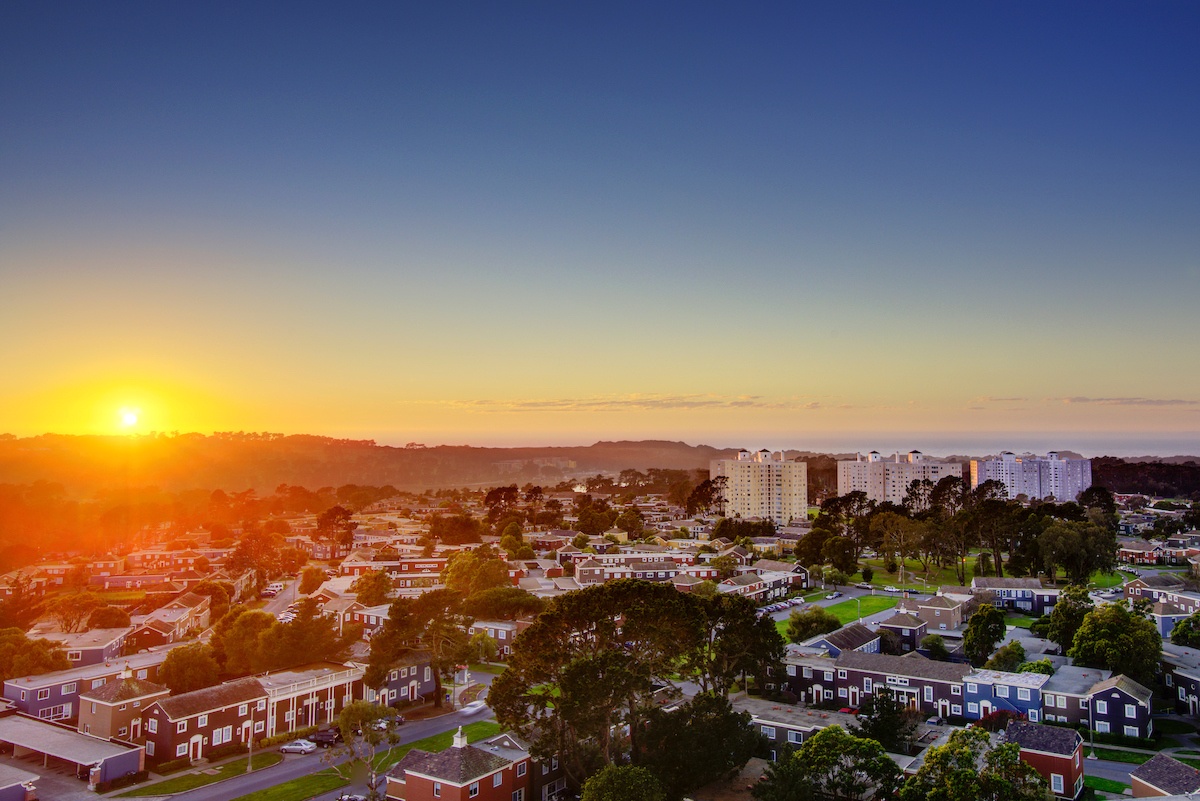 A current sunset shot from Parkmerced, overlooking the property and the Pacific Ocean

Of all those steps, getting people out of their own cars will be the hardest part, and we should start there first. What we have learned in launching and managing the Car-Free Living program at San Francisco’s Parkmerced, one of the largest urban multifamily developments in North America, is that you need to provide the one thing that is almost as powerful as habit: choice.

The first-of-its-kind partnership between Uber and a real estate company, the Car-Free Living program provides a monthly incentive for Parkmerced residents to use Uber or Bay Area public transit options rather than drive their own car. Since launching this multimodal solution in May 2016, we have been able to meet residents’ transportation needs and have begun to reduce car ownership. While we have yet to collect data on the full impacts of the program, initial evidence indicates that some participants are selling their vehicles or forgoing the purchase of new ones. 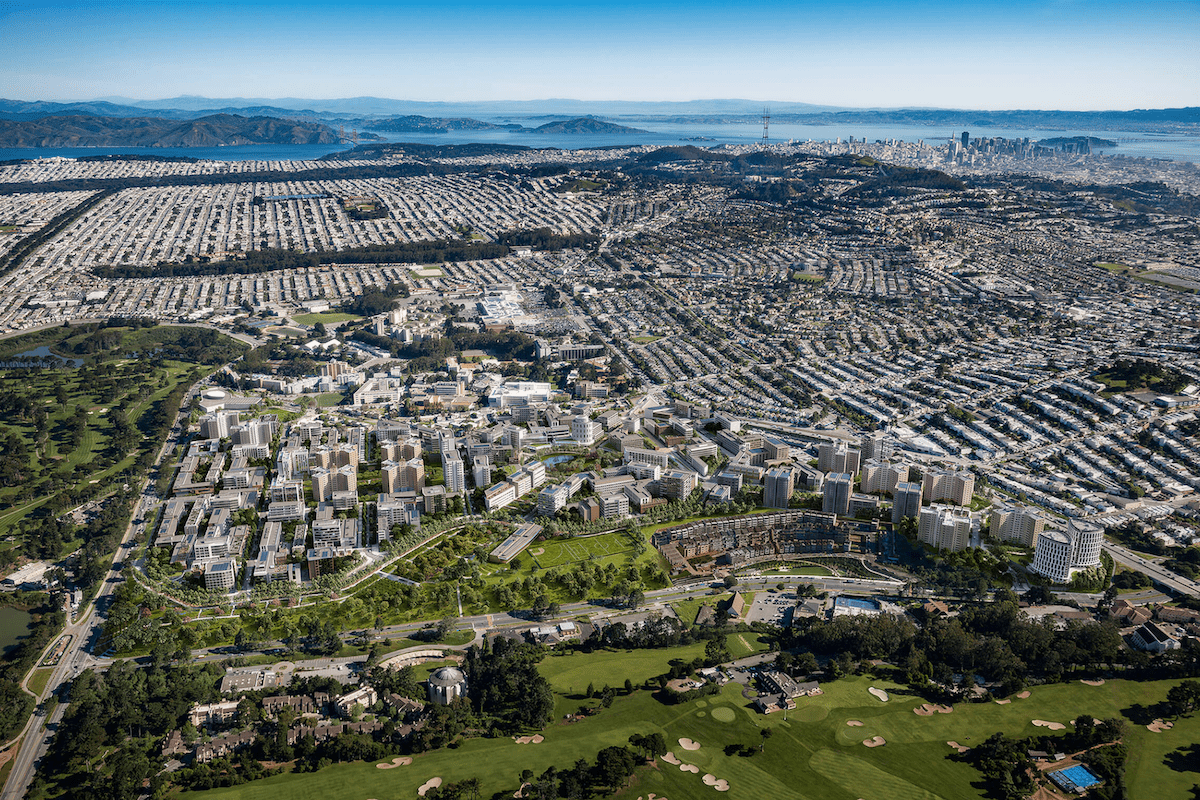 This is a rendering of the Parkmerced development in 25 years, with increased green space and a total population of almost 30,000

These residents are not yet using autonomous vehicles, and, public transit buses notwithstanding, only a few of the vehicles involved are electric. But these participants have taken the first step of finding other ways to get around beyond driving solo in their own vehicles. In this case, a developer-provided incentive, coupled with a choice of options, has provided the initial coaxing necessary to break a 100-year-old habit.

Other programs providing the first steps toward that shared, autonomous and electrified future are sprouting up as well. Irvine Companies recently announced a partnership with Lyft to service office workers in Santa Clara, California. The city of Summit, New Jersey is forgoing the construction of a new, $10 million parking garage at its train station and is providing train riders with subsidized Uber rides to solve the first and last mile challenge instead.

In Denver, Panasonic is helping to launch a transit-oriented development that will include shared, autonomous and electric shuttles. And Finland is already piloting self-driving buses, not as part of a future development project, but right now on real city streets. These are the beginnings of a very different future, one that is closer to the vision that many sustainability professionals hold.

That vision needs to arrive quickly, and not just in places like the US and Finland. According to the US Energy Information Administration (EIA), the energy demand for transportation in non-OECD countries will double from 2012 to 2040. Addressing that demand will require many things, including increased density, better access to transit and more transit-oriented development, and vehicle and bike electrification.

But it will also require providing citizens with several different options that, when considered as part of a system, can kick the habit of car ownership and single-occupancy usage. Coaxing that habit down the stairs is one way to reach a sustainable future. An even better way is not to start the habit in the first place.

Featured Image: A rendering of one of the new buildings planned at Parkmerced for Phase I construction, which starts in 2017.