Closing the Water Access Gap in the United States

George McGraw is a human rights advocate specializing in the human right to water and sanitation in the United States. George currently serves as founder and CEO of digdeep.org, the only WASH (water, sanitation and hygiene) organization serving communities in the US.

Under George's leadership, DigDeep won the 2018 US Water Prize for its Navajo Water Project, which has brought clean, running water to hundreds of Native families across the Southwest.

George is an Ashoka Fellow and Social Entrepreneur in Residence at Stanford University. He holds an M.A. in International Law from the United Nations University for Peace.

People tend to think of water and sanitation access as a “global” problem; something that affects countries other than the United States.

It may come as a surprise that more than two million Americans live without running water and basic indoor plumbing. Many more live without sanitation.

While we’ve made tremendous progress extending water access around the county, that progress has slowed to a crawl. In some places, the problem is actually growing. Next year, fewer people in some parts the U.S. may have access to running water than do now.

This is not an isolated problem. Every state is home to communities without hot and cold running water, a sink, bathtub, shower, or working flush toilet.

It’s time to recognize America’s water access gap for what it is: a public health crisis. 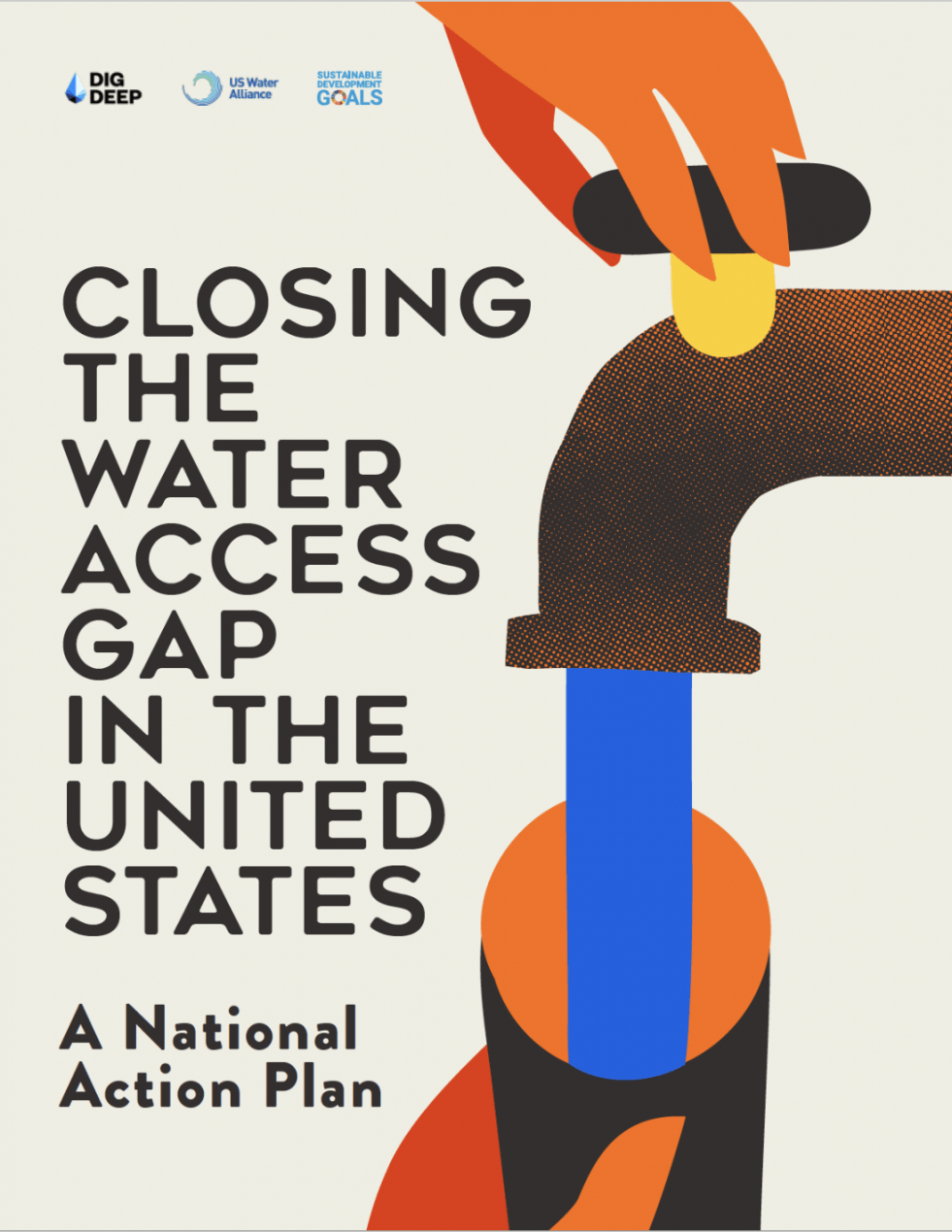 A new report from DigDeep and the US Water Alliance is the first to look deeply at this crisis, blending quantitative and qualitative research to paint a picture of what it’s like to live day-to-day without reliable access to clean running water and safe sanitation.

The report, “Closing the Water Gap in the United States: A National Action Plan,” finds that:

These high-level findings tell only part of the story. In order to fully understand this crisis, you have to visit these communities and listen to their stories. So we did just that, deploying researchers to six regions of the country where water access challenges are especially acute. Here are examples of what we saw:

We also found stories of hope.

Our research team visited communities devastated by Hurricane Maria. Before Maria, water and sanitation services were already rudimentary, but when Maria knocked out electricity for five months, these communities had nothing.

The lengths to which people went to help each other get water were incredible. They shared stored water, ran informal neighborhood water delivery networks, and took turns using their home generators to power neighborhood pumps. They made sure that their elderly and pregnant neighbors got water. They protected and cared for each other—without cell phone service or electricity.

Americans are resilient and creative, but they need to be empowered.

A few years ago, I didn’t know this problem existed. DigDeep, the organization I lead, stumbled into the U.S. water access gap by accident.

For years, we worked in Africa to expand access to clean water. Then we heard that roughly 40 percent of households on the Navajo Nation didn’t have taps or toilets, so we began working in the American Southwest as well. Word of our efforts got out, and, over time, we started getting calls and emails from people all over the country facing the same challenge.

We knew the problem must be huge, but when we tried to find out more about it, no one could tell us its size or scope. There is no comprehensive data source on water access in the U.S.

So we undertook this eighteen month research project to reveal the magnitude of America’s water access challenge, and to better understand how lack of water access keeps communities from thriving.

High-level data are important, but, on their own, they don’t tell a complete story. Most studies of household infrastructure data focus on the county level. If you look at a place like Coconino County in Arizona, for instance, you would find that three percent of households lack complete plumbing. But county data obscures the fact that within some county census tracts that number skyrockets to more than 41 percent. Of course, households in those tracts are mainly Native American and low income.

While a closer look at census tracts is helpful, even that isn’t enough. You have to dig deeper. You have to talk to people to untie the knot of this problem—to understand its roots in structural racism and decades-old decisions not to invest in water infrastructure for every American.

Getting to the Community Level

We wanted this report to share not just what the problem looks like, but why it exists, and how we can move forward as country. That’s why, in addition to our national-level analysis, we conducted a statistical analysis and literature review to identify regions with high concentrations of households lacking water and sanitation access. Based on those results, we selected six regions for a deeper dive:

We spent a year building relationships with local partners in each of these six regions. People in these communities face so many challenges that they tend to distrust outsiders, making local partnerships essential. We needed support convincing residents that, by participating in this research and helping us bring greater understanding and attention to this problem, they could empower themselves.

Our field researchers made multiple visits to each region, staying in the communities for up to 10 days at a time. Some of these places were hard to get to and hard to get around in. Communication was challenging—often relying on word of mouth.

Working with our local partners, we defined research questions, identified participants, and conducted interviews and listening sessions with residents, local leaders, community-based organizations, water and wastewater service providers, policymakers, and others. Our interviews focused on how water and sanitation conditions affected people’s daily lives, the strategies they used to cope with those conditions, and the kinds of solutions they believed were needed. We made visits to their homes, water and wastewater systems, and other places.

We were shocked by what we learned:

Had we just looked at available census data, county by county, our findings would have been completely different. We would have missed the forest for the trees.

A Plan for Action

Our report outlines an action plan for closing America’s water access gap. The broad steps are:

The first, most urgent step we need to take is to treat this problem like the emergency that it is. That means giving communities access to emergency funding they can use to address their immediate needs. Obviously, much more needs to be done, including developing a WASH sector similar to those in other countries that can bring technical assistance and support to communities without water access. We need government and philanthropic investment to build a national data collection and monitoring system and to coordinate efforts around water and sanitation.

This crisis did not happen overnight, and it will take time to solve it—along with expertise, resources, and the ingenuity of a broad range of leaders, united under the guidance of impacted communities. But this crisis can be solved, and it must. Together, we can close the water access gap in our lifetimes.