The Climate Resiliency blog series spotlights organizations and innovators focused on climate resiliency solutions for cities and city-regions. The series highlights scalable, replicable and transferable policies, technologies, strategies, and community-based solutions that are improving climate resiliency, mitigation, and adaptation, as well as ‘out-of-the-box’ solutions that we are only beginning to explore.

This series is made possible by the generous support of: 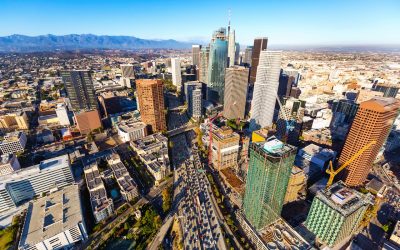 by Erica Rippe and Johanna Roth

In 2014, the United Nations Department of Economic and Social Affairs announced that the majority of humans were residing in urban environments for the first time in recorded history. As the world’s population centers become more densely urbanized, average temperatures in these areas are on the rise. The Urban Heat Island (UHI) effect can be felt on any typical hot and sunny day in cities like Los Angeles or Washington, D.C. In the middle of the city, concrete highways and structures absorb UV rays from the sun and radiate heat into the surrounding area. If you were to venture outside of these cities to less densely populated rural areas, you may find temperatures up to 27℉ lower.

This vast increase in temperature isn’t only an issue while the sun is out. Nighttime temperatures in urban areas have been found to be as much as 22℉  higher than air temperatures in neighboring, less developed areas. The UHI effect is exacerbated by removing green spaces, which leads to an increase in greenhouse gas emissions and air pollution levels. Removing green spaces puts a strain on other critical urban infrastructure such as the energy grid, water quality and public health systems. Redeveloping underutilized land, such as vacant lots or former industrial and commercial sites, presents excellent opportunities to rethink UHI mitigating factors such as the urban tree canopy, green roofs, and other issues related to site design and building materials. Land recycling presents an opportunity to design from the ground up in anticipation of the our changing climate and the demands it will place on all of us. 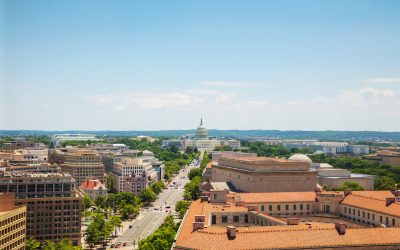 Creating Community Resilience in Every City

In recent months, people have taken to the streets of Washington, D.C. for marches urging the Trump administration and Congress to act on climate change.

For now, it seems that local governments in the United States will stand alone on the issue, paddling upstream against a federal government and a majority of state governments who reject the science and actively undermine city initiatives. Of course, building climate resiliency is more than an environmental issue for local government. Climate resilience in the 21st century will be a fierce competition between cities around the world to attract talent, reduce business disruption, provide reliable services and protect citizens. 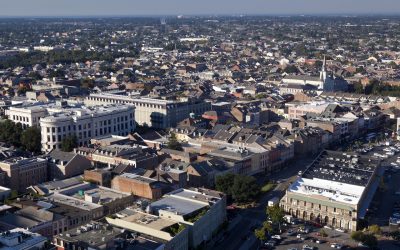 Advancing Urban Resilience One Decision at a Time

The Climate-Smart Cities program at The Trust for Public Land is designed to help cities overcome barriers through a holistic, urban planning approach, bringing a broad range of traditional and non-traditional partners together to develop a common understanding of the needs and opportunities in their communities through the strategic deployment of green infrastructure. We believe that inter-agency and cross-sector collaboration can unlock hidden resources for multiple-benefit, climate-smart green infrastructure for the benefit of the communities who need it most. 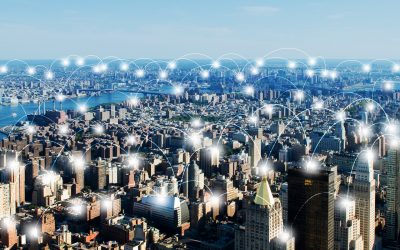 We are only starting to understand the power of networked technologies. And our learning comes at a cost: we are increasingly divided in our increasingly interconnected world. 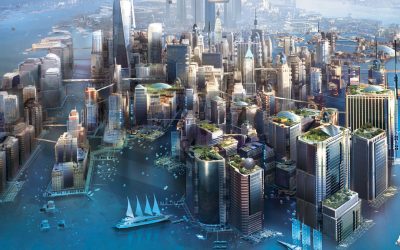 Up in floating cloud villages is where many of the world’s inhabitants live after coastlines are submerged under 58 feet of water. This is a book about the future written with the benefit of hindsight. We can predict, with a high degree of certainty, that: melting ice from Greenland and Antarctica, the warming oceans, and subsiding coastlines, will all contribute to rising sea levels. There is an inevitability to sea level rise that is palpable today. This is no ordinary work of fiction, but rather a novel set within an accurate scientific forecast. In 2140, Stanley Robinson does what a generation of environmental advocacy has failed to do: make climate change personal. 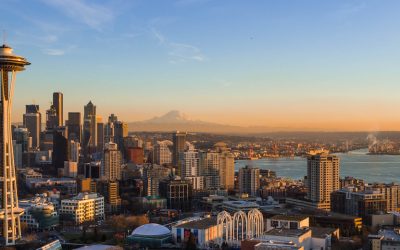 In the United States, buildings themselves, plus the plug loads of their tenants, use 70 percent of all electricity and account for 40 percent of all carbon emissions. At least half that power is wasted, due to inefficiencies in the ways those buildings are designed, built and operated.

Just over two years ago, the City of Seattle pioneered a new approach to incentivize energy efficiency in new and existing buildings. Known as the Metered Energy Efficiency Transaction Structure – or MEETS – the program turns a building into a revenue-generating “energy efficiency power plant” by measuring the energy it does not use, and paying an investor for the value of that energy.