On March 27, 2019, Meeting of the Minds hosted a free, live webinar featuring Brenna Berman of City Tech Collaborative and Sean Harrington of Verizon.

Sean Harrington from Verizon and Brenna Berman from City Tech Collaborative will both share their perspectives on where we are headed with Smart Communities in US cities. We will dive into 5G, mobility, traffic, Vision Zero, situational learning, the “dilemma zone”, multi-modal approaches, and where we go from here. How are they all converging, building upon each other and leading us into the next phase of smart cities? Are we truly entering that next phase of smart cities or are we still stuck in the last one? If so, how do we leapfrog to the next phase? What partnerships, financing, technology and policies are emerging that will catalyze the new wave of smart cities? And how close are we to that new paradigm? Hear from Sean and Brenna on real-world examples and how the “smart cities” promise is playing out on the ground. 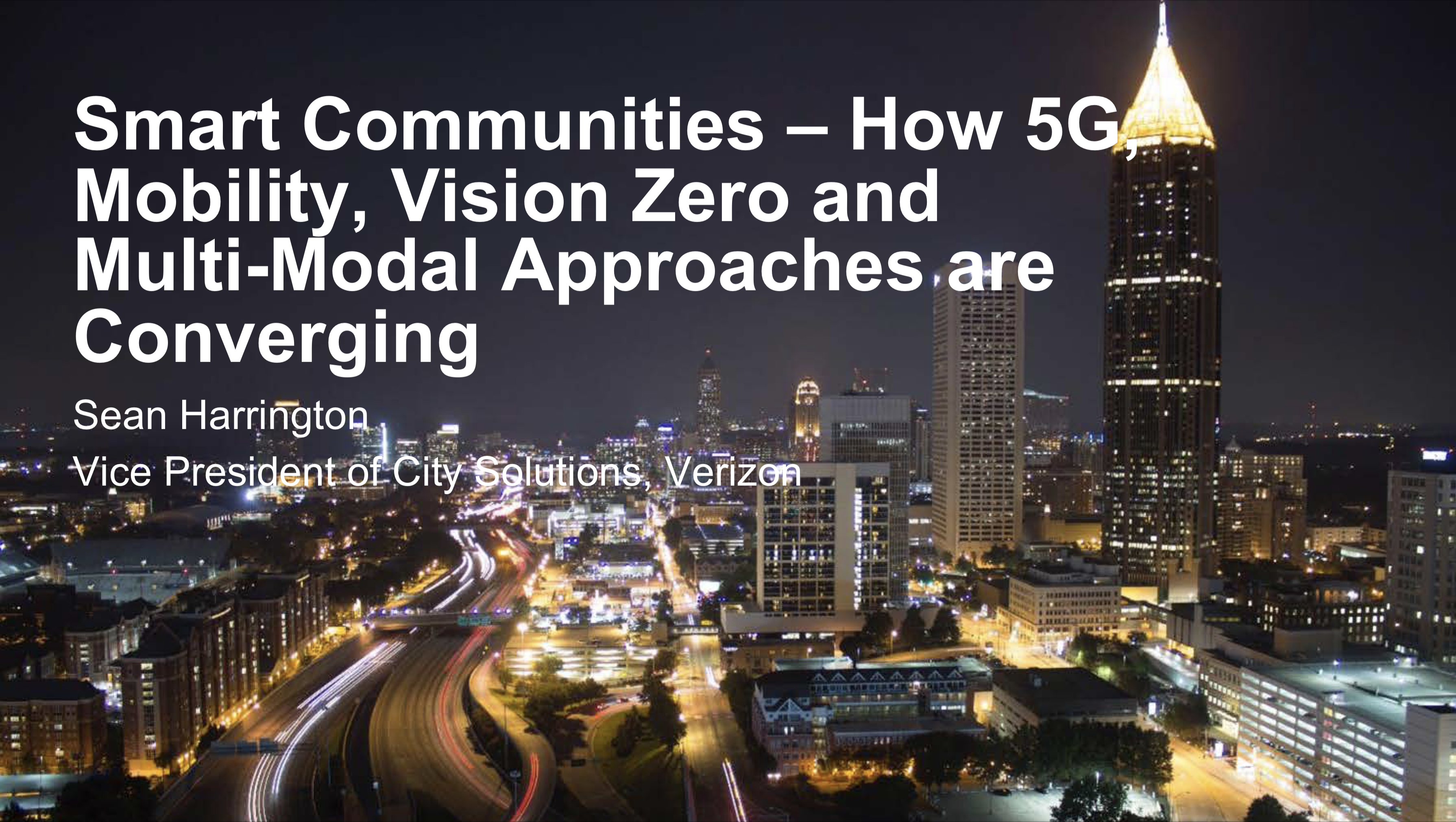 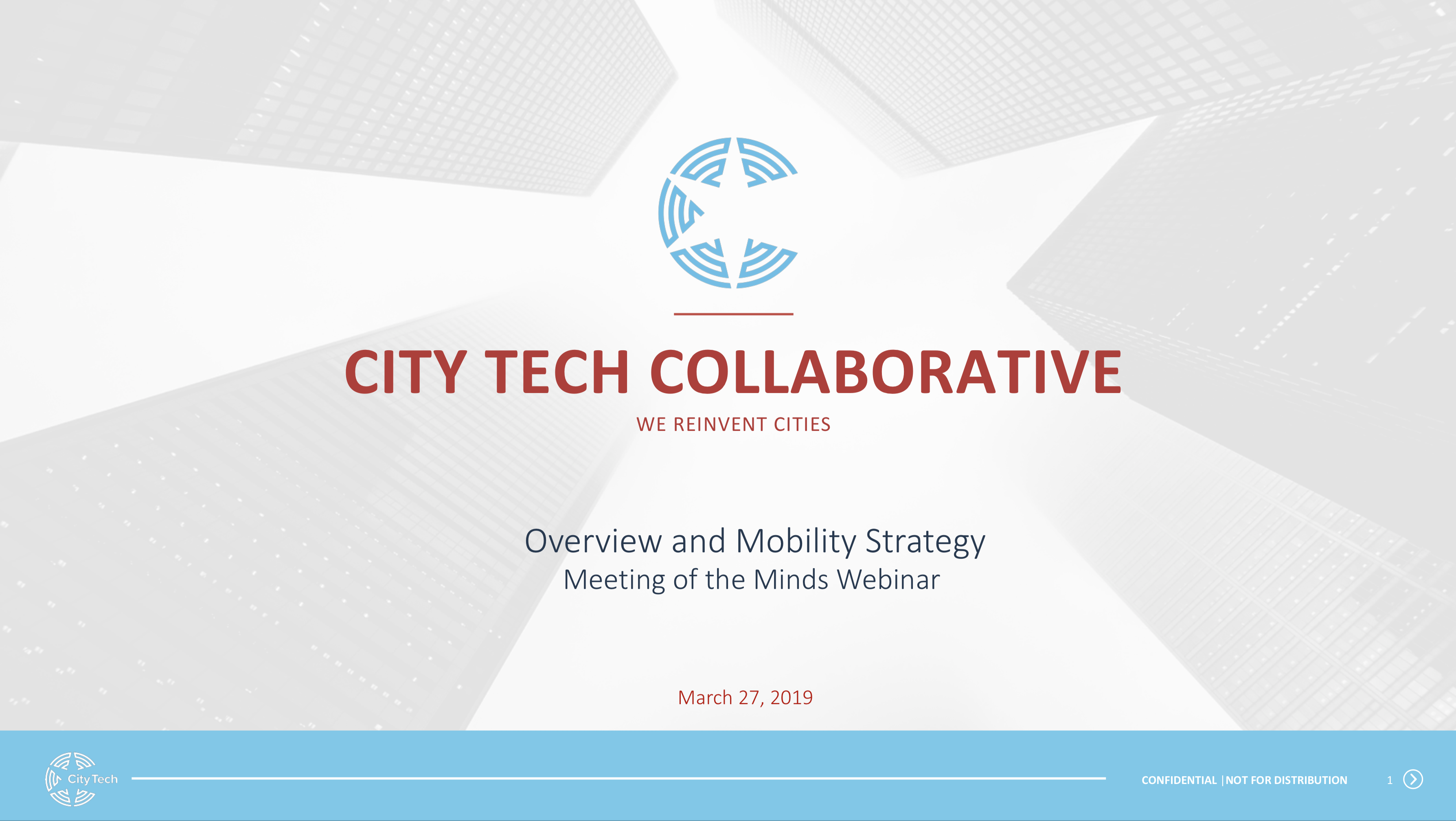 Brenna Berman serves as Executive Director of the City Tech Collaborative, an IoT urban infrastructure lab that transforms cities into testbeds for new ideas. City Tech remakes essential services and infrastructure, from skills to skyscrapers and expands those solutions to other cities, thus increasing the world’s odds of solving big, urban problems. City Tech is currently easing subway congestion during large events; creating a digital map of Chicago’s underground; and launching a digital directory of public health services in Chicago.

Prior to joining City Tech, Brenna served in Chicago Mayor Rahm Emanuel’s administration, which she joined in 2011. She served as the Chief Information Officer for the City and Commissioner for the Department of Innovation & Technology (DoIT) from 2012 to spring of 2017. In that time, she focused on transforming the team at DoIT to provide the skills and expertise to implement the Mayor’s vision of data-driven resident services and of a more efficient, effective, and innovative City government. This meant adding new skills to the team to increase the focus on software engineering and analytics, improving the department’s commercial partnerships to drive savings for the City, and identifying ground-breaking civic partnerships.

During her tenure as CIO, Brenna delivered on the Mayor’s commitment to a robust open data program, integrated advanced analytics into many city departments, drove IoT innovation for the City through unique partnerships at UI LABS and the founding of the Midwest IoT Council, and, in partnership with the University of Chicago, realized the vision of urban-scale sensing with the Array of Things.

Prior to joining the Emanuel Administration, Brenna built a career promoting government innovation over 10 years at IBM, where she worked closely with government agencies in cities and countries across the world to leverage technology and analytics to improve the services they provide to their residents. She advised governments on a variety of issues, from targeting personalized services through analytics to normalizing program offerings to simplify the delivery process and make them understandable to residents. Throughout her time at IBM, Brenna tailored cutting-edge business and data models, from processes to analytic algorithms for large government organizations in order to accelerate their own modernization efforts, providing an incredibly valuable skill set for the work she continues at UI LABS.

Brenna earned her bachelor’s degree and Masters in Public Policy from the University of Chicago.

Sean Harrington joined Verizon through the acquisition of Sensity Systems by Verizon in October 2016. Sean was the chief operating officer (COO) for Sensity, where he was responsible for the operational and strategic leadership of Sensity.

Sean has led engineering, operations, sales and marketing, and business development at the company. He established the first strategic and partner relationships for Sensity, building an ecosystem for the newly created Light Sensory Network category.

Sean spent the five years before joining Sensity in sales, marketing, and business development of high-growth clean tech companies in the San Francisco Bay Area. Most recently, he ran Opower’s sales and business development for the western United States and Canada, working directly with utilities, regulators, politicians, and other stakeholders. Before that, he did global development for Better Place, the global leader in electric vehicle services. He is also an experienced entrepreneur, having founded and built a successful company, Trek Travel, and worked in the Center for Entrepreneurial Studies at the Stanford Graduate School of Business.

Sean has a BS in geomatics engineering from the University of Calgary and an MBA from the Stanford University Graduate School of Business.