On January 10, 2018, Meeting of the Minds hosted a live webinar featuring Mandu Sen and Christopher Jones of the Regional Plan Association.

After almost a decade of work, one of the nation’s most venerable think-tanks has just released the Fourth Regional Plan to guide future development and planning of New York, New Jersey and Connecticut. This webinar will provide an overview of the Fourth Regional Plan and then dig into how it is proposing to integrate health into regional decision making.

The New York metropolitan region faces multiple threats that could undermine its success: growing inequality, a changing climate and aging infrastructure systems that are starting to fail. And it is communities of color and low income communities that are likely to bear the greatest cost.  For a long time now, and even to this day, planning decisions often prioritized efficiency over health and well-being or reflected institutional racism and other biases. Today, high income people in the New York region live six years longer than low income people, and blacks and Hispanics are three times more likely to be poor than whites.

Regional Plan Association’s Fourth Regional Plan for the New York Metropolitan Region is seeking to remedy that. It lays forth an ambitious agenda that includes creating a healthier environment as a response to climate change, rebuilding and expanding the region’s transportation network to work for everyone and creating affordable and healthy communities. To achieve this ambitious agenda, the plan also proposes deep reforms to how the region is governed, from regional agencies to local land use decisions.  These institutional reforms offer an opportunity to integrate health and equity into regional decision making. In fact, prioritizing health and equity will be necessary to get things done.

The Plan includes 61 proposals, including: 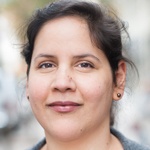 Mandu Sen is a program manager at Regional Plan Association, working primarily on the Fourth Regional Plan. She focuses on how long term planning can improve health and equity and works to translate the impact of digital technologies into policies around infrastructure and governance.

Prior to joining RPA, she worked as a planning consultant for the Chinatown Working Group, focusing on demographic analysis, economic development and banking. Mandu has an undergraduate degree from Yale and a graduate degree in urban planning from the Pratt Institute, where she received the 2013 AICP Outstanding Student Award. She also was a founding member of the Collective for Community, Culture & Environment and co-organized the Brooklyn Food Conference. Before becoming an urban planner, she was a vice president at J. P. Morgan Chase in the investment bank legal and compliance department. 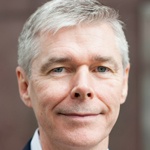 Christopher Jones directs research and planning for Regional Plan Association. Since joining RPA in 1994, he has led many multidisciplinary initiatives to improve economic, social and environmental conditions in the New York-New Jersey-Connecticut region. He is currently leading research for RPA’s fourth regional plan, a long-range blueprint for the metropolitan region due out in 2017. Previously, he managed a federal Sustainable Communities initiative that included 17 cities, counties and planning organizations in New York and Connecticut. He has written many studies and articles on regional development and urban policy, including a comprehensive analysis of metropolitan housing, a series of reports on the future of Long Island, plans for transit-oriented and community development, alternatives for Manhattan’s Far West Side, property tax reform in New Jersey, and both national and regional workforce policies. Prior to joining RPA, Chris was the special assistant to the deputy mayor for planning and development in New York City.