On November 30th, 2017, Meeting of the Minds hosted a live webinar featuring Justin Bibb of Gallup and Kim Zentz of Urbanova.

Urbanova, the smart city living lab in Spokane, Washington’s University District, and Gallup, the global analytics and advisory company, have teamed up to identify smart city projects that matter to citizens. During this session, the group will discuss the results of their people-centered research, involving qualitative in-depth interviews, discussions with key stakeholders, and a comprehensive local, regional and national data review to uncover public priorities that smart city projects can address. Discover how Urbanova is delivering on its commitment to identify citizen-driven applications that matter to people and that strive for social, environmental and economic resiliency and equity. 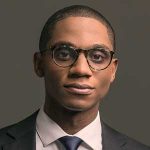 Justin Bibb is a Senior Adviser at Gallup where he advises clients in the public, private and nonprofit sectors on strategies to advance the well-being of cities.

His work is grounded in Gallup’s global analytics platform which tracks behavioral economic indicators in more than 160 countries.

Previously, Justin served as Director of Corporate Strategy at kgb Inc., the world’s largest independent provider of enhanced information services, consumer lending, and directory assistance. He also served as Special Assistant to the County Executive for Cuyahoga County, where he was responsible for implementing strategies to advance education reform and economic competitiveness for Ohio’s largest county.

Justin received his B.A. in Urban Studies from American University and the London School of Economics and is currently pursuing his J.D./M.B.A. at Case Western Reserve University. Justin serves on the boards of Destination Cleveland, Teach for America Greater Cleveland and the Harvard Avenue Community School. He is also a member of the African-American Advisory Committee at the Cleveland Museum of Art and a Co-Founder of Hack Cleveland. 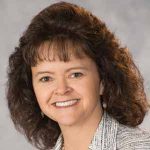 Kim is co-founder and a director of Urbanova, Spokane’s smart city proving ground in The University District.

With 30 years of senior executive leadership experience, Kim has held positions as CEO of Innovate Washington, executive director of Sirti (also known as the Spokane Intercollegiate Research and Technology Institute), CEO of the Spokane Transit Authority, founding president and COO of Avista Labs (now ReliOn/Plug Power) and manager, gas and electric technical services for Avista Utilities. Present and former board positions include, Spokane University District Development Association, Spokane County United Way, Greater Spokane Incorporated, Washington Technology Center, Innovate Washington Foundation (dba Ignite Northwest) and Mobius Spokane. Kim served on the Governor’s Clean Energy Leadership Council and is a member of the Pivotal Leaders Network, a group of executives identified by their peers as the top clean technology business leaders in the Northwest. Kim holds a Bachelor of Science degree in civil engineering from the University of Idaho and a Master’s of Engineering Management, from Washington State University.