Why Haven’t Public-Private Partnerships Caught on for Infrastructure Financing in the US?

The Municipal Market is the primary source of funding for infrastructure in the U.S. Despite concerted efforts to advance Public-Private Partnerships, this form of financing represents a minor component of infrastructure financing in the U.S. The Obama Administration has taken important steps to facilitate ways for the two models to work in conjunction. This webinar will discuss the potential benefits and how the best characteristics of the two models might work together to improve and accelerate infrastructure financing in the US. 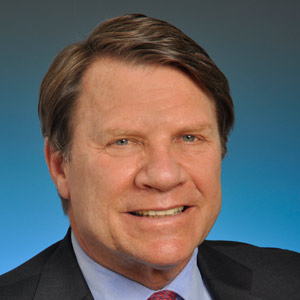 Chris Hamel is Managing Director and Head of the Municipal Finance Group at RBC Capital Markets. In his role, Chris oversees one of the largest municipal finance groups in the U.S., with operations based in New York and bankers in 26 cities across the U.S. Chris is actively involved in the municipal finance community and currently serves as a Trustee of New York’s Citizen Budget Commission. He is also member and former Chairman of the SIFMA Municipal Executive Committee. In 2013, Chris was named to the SIFMA Municipal Division Honor Roll for his success in building a top municipal department and industry contributions over the years, Chris has served on numerous boards including the National Parks Foundation, where he was Treasurer. Chris received a bachelor’s degree from Occidental College in Los Angeles, California.