On December 5th, 2016, Meeting of the Minds hosted a live webinar featuring Kris Carter from the City of Boston’s Mayor’s Office of New Urban Mechanics, and Mary Skelton Roberts from the Barr Foundation.

This webinar took a deep dive into Boston’s climate change, mobility, and civic innovation efforts. The presenters will discuss efforts to expand active transport, new ways to spur civic engagement, and successes and failures in creating more intuitive and delightful public spaces. We will hear from Kris Carter, Co-Chair of the Mayor’s Office of New Urban Mechanics as well as Mary Skelton Roberts from the Barr Foundation – one of the largest foundations funding this work in the Boston region. 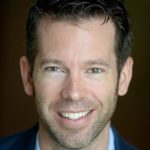 Kris Carter, Co-Chair of the Mayor’s Office of New Urban Mechanics in Boston, is a non-practicing engineer, an optimistic urban planner, and a self-taught filmmaker. New Urban Mechanics is the City of Boston’s civic innovation team, working collaboratively with research institutions, civic entrepreneurs, and government agencies to explore and prototype what’s new and next in cities. From the development of the first 311-mobile app to nation-leading policy to protect vulnerable road users, the New Urban Mechanics team works collaboratively to find human-centered solutions. Prior to leading the Mechanics, Kris managed the City’s bicycle program, served as an advisor to Mayor on the creation of the Boston Innovation District, and helped operationalize One Fund Boston in response to the Marathon bombings. He spent half a decade running development programs for urban youth, is an AmeriCorps alum, and has yet to find a more difficult job than raising twins. 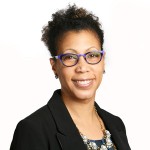 Mary Skelton Roberts is a senior program officer for Climate, focusing on transportation and land use—two critical levers for reducing greenhouse gas emissions. Her portfolio aims to modernize our transit systems and to help communities transform themselves into more walkable, connected places where all residents have attractive alternatives to driving and spend far less time and money traveling by car.