On January 13, 2015 at 10am PDT, Meeting of the Minds hosted a live webinar on the topic of infrastructure financing. Archive materials are below.

On January 1, 2015 a new set of infrastructure financing tools became available to local governments in California. With the elimination of the Community Redevelopment Law in 2011, an opportunity arose to rethink the old urban renewal model of community development and explore a more broadly based set of infrastructure financing powers that would meet the broad range of community development needs in the 21st century.

A community dialogue began through the California Economic Summit, a partnership between California Forward and the California Stewardship Network, the legislature and the Governor Jerry Brown’s administration to find a new set of tools to help meet the infrastructure and economic development needs of California communities. The economic summit organized a team of experts and practitioners who focused on methods to help finance infrastructure as a means to support sustainable communities. These authorities are designed not just to replace redevelopment agencies or provide more infrastructure funding—but to give local leaders more authority to work across jurisdictions on city-centered, sustainable development projects that could also tap into private funds.

This new authority is set in motion through the new Enhanced Infrastructure Financing Districts law that allows cities and counties in partnership with special districts to create a separate governmental Public Finance Authority that has an extensive list of eligible community development and infrastructure projects covering all or a portion a jurisdiction or region. The new financing tools include a broad range of powers including property tax increment authority, benefit assessments, fees and the ability to enter into public-private partnerships.

The Webinar will explore the concept behind this new authority, their powers and the practical application of these new tools. 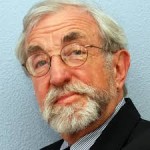 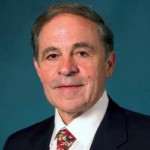 Mark Pisano is a Professor of the Practice of Public Administration at the USC Sol Price School of Public Policy. For 31 years, he served as executive director of the Southern California Association of Governments (SCAG), the nation’s largest regional planning agency. The association consists of a voluntary group of local governments that focuses on dealing with many vital local issues, including aspects of environmental conditions, transportation, housing and development. As Executive Director, he contributed greatly to the implementation of the Alameda Corridor Plan, which involved the construction of a 22-mile rail line running to and from the Ports of Los Angeles and Long Beach in order to improve freight container capacity. 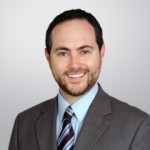 Daniel R. Golub is an associate in the West Coast Land Use and Environment Group in Holland & Knight’s San Francisco office (www.hklaw.com/Daniel-Golub). Mr. Golub brings nearly a decade of policy, planning and political organizing experience to his practice, where he focuses on project entitlement, environmental review, the National Environmental Policy Act (NEPA) and California Environmental Quality Act (CEQA) compliance, as well as zoning and planning issues. 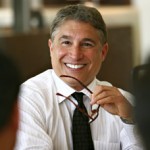 Mr. Larry J. Kosmont, CRE®, is the President and CEO of Kosmont Companies (www.kosmont.com), which he founded in 1986. Kosmont Companies is an industry leader in public/private real estate transactions and public finance. In 2009, Mr. Kosmont created the Kosmont Muni Horizons FundTM which sources private financing for public projects, P3 initiatives, infrastructure funding and economic development. He is Managing Partner of Renaissance Community Fund, which invests and develops mixed use, residential and commercial projects throughout California.