The rapid urbanization around the globe during the last five decades has come at a heavy price to the environment with rising air pollution, urban heat-island effect, and loss of biodiversity and green spaces. With increasing awareness about these issues, government bodies are looking at building-integrated vegetation (BIV) – green roofs and green walls – as a tool to mitigate the environmental degradation and improve livability.

BIV is Driven by City-Level Incentives and Mandates

Unlike other “green” sectors such as solar photovoltaic or biofuels, BIV adoption is not driven by national-level policy measures, but entirely by city-level hyperlocal priorities. Specifically, the two major types of policy drivers for BIV are:

Value Proposition against Competing Technologies is a Major Barrier for Adoption

Green roofs and walls offer a multitude of benefits such as reducing solar heat gain during summer, removing pollutants from ambient air, reducing storm-water volume, and increasing acoustic insulation. However, for every such benefit, a competing technology exists with arguably a better cost-to-performance tradeoff. Installed cost of $300/m2 to $500/m2 for green roofs and $900/m2 to $1100/m2 for green walls is an order of magnitude higher than technologies such as cool roof coatings that offer the thermal insulation benefits, photocatalytic coatings that remove pollutants from ambient air, and rainwater harvesting tanks that reduce the storm-water volume. Therefore, cities or building owners evaluating technologies to address a single environmental issue will likely not adopt green roofs or walls. Only cities that are looking at all possible environmental benefits of green roofs and walls will design supportive policy instruments.

In the likely scenario, green roofs will be a $7 billion market by 2017 with a $2 billion opportunity for suppliers of polymeric materials such as geosynthetic fabrics, and waterproof membranes, the rest going towards vegetation, installation, and operating businesses. In the likely scenario, green walls will be a $680 million market by 2017, with a $200 million opportunity for suppliers of materials such as self-supporting polyurethane foam growth media.

In the Most Likely Scenario, Cumulative Green Roof Installations Grow to 200 Million m2 by 2017 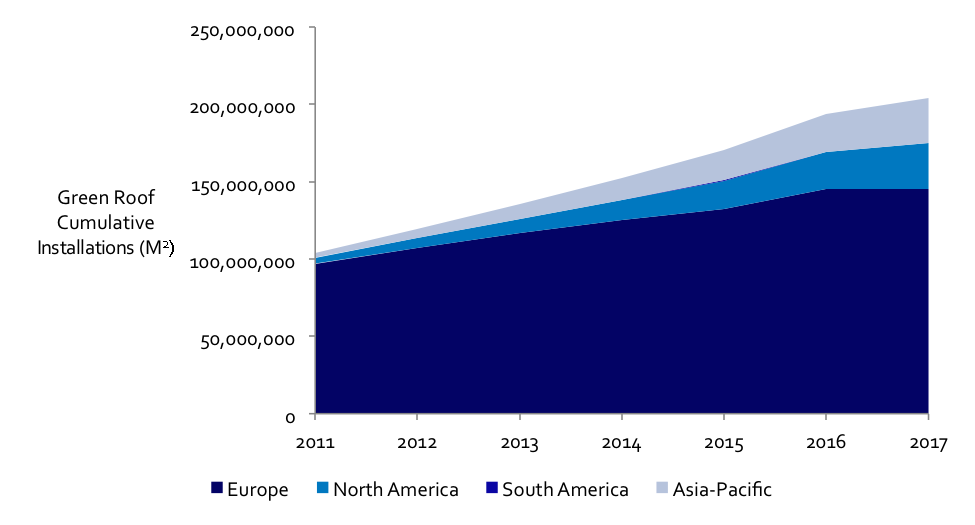 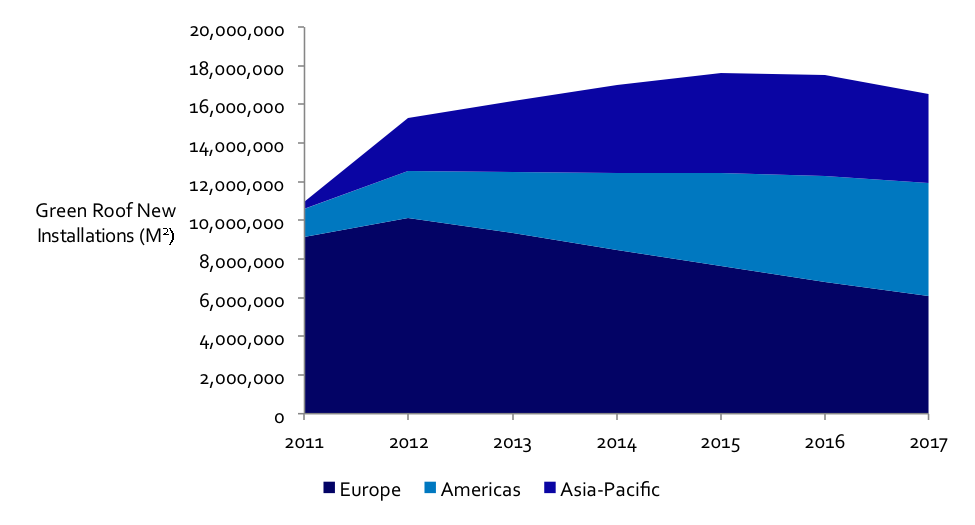 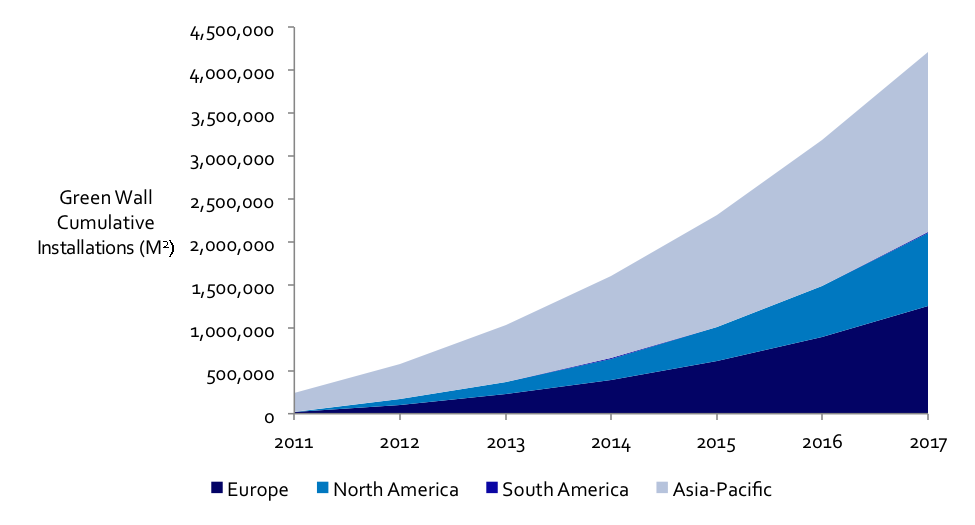 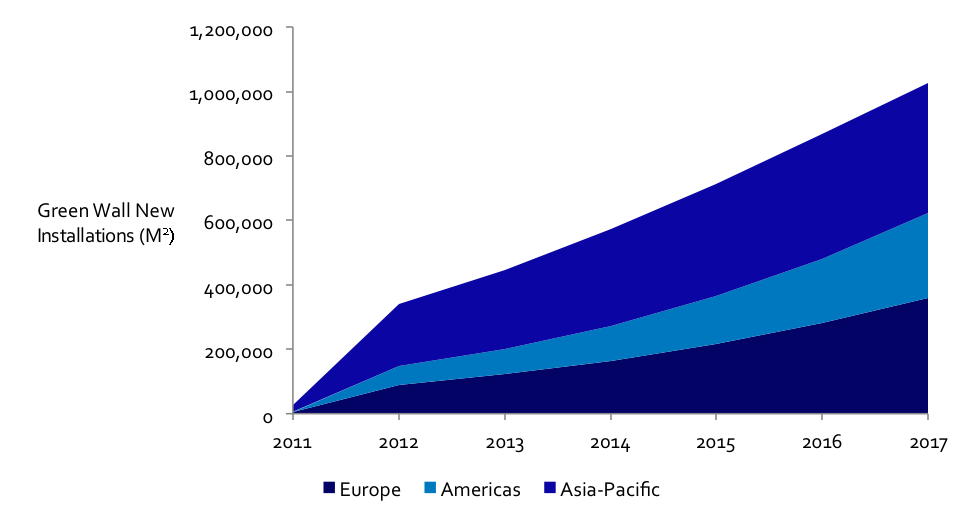 In trying to address ever-increasing urban environmental problems, cities around the world will adopt BIV technologies during this coming decade. However, significant challenges remain in performance measurements and estimating payback periods, and clients should expect to see the following trends emerge: