Gordon Feller founded Meeting of the Minds in order to harness the power of a global leadership network to build innovation-powered sustainable city futures. Gordon has worked for more than four decades at the intersection of global sustainability, government policy, and private investment focused on emerging technologies.

The Future of City Mobility

An interview with Matt Cole, conducted before his departure as the President of Cubic Transportation Systems. Interviewed by Gordon Feller, Founder: Meeting of the Minds.

There are multiple definitions out there of “mobility-as-a-service.” These range from some of the early-stage approaches, which focused on subscription plans and pricing, and not necessarily the outcomes. But, in my own view, that approach to “MaaS” was trying to promote all sorts of things that needed to exist in order to enable mobility. My own view is this: we’re working to enable mobility networks in cities and regions that promote journey choices. The emphasis is on journey choices that can range from the most affordable to the most efficient, or the most environmentally sustainable. But the aim is to enable all of the possible journey choices for all of the possible travelers. That means addressing the needs of every customer segment that needs to travel within a given city or region. We’re trying to enable those choices for everyone. 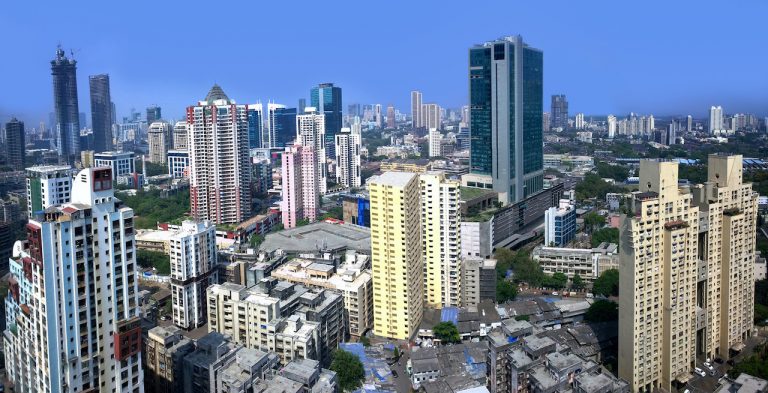 Protecting Our Cities from Cyber Attacks

This week, we’re featuring a three part article series from Meeting of the Minds co-founder, Gordon Feller, on cities and cybersecurity. This is the final article in the series.

As a city’s digital infrastructure improves, the distribution of digital skills and the culture of the digital economy will also improve — making it more likely that as each gets better, the city’s goals can be achieved more effectively. Cities can attract and retain higher quality workers if and when cities draw more businesses, new investments, and improved social and cultural amenities. Through joint planning between varied stakeholders (including the city government, businesses, and artists), all involved can thrive off each other and do so at a lower cost, thanks to shared resources in the cloud, accessible via mobile networks, etc.

City leaders increasingly understand that there must be a sustained investment in the digital economy’s hard infrastructure and soft infrastructure. This means investing in both traditional assets (e.g., transport, housing) as well as new assets for digital success (e.g., broadband, sensors, big data and analytics). It means nurturing skills and capabilities in design, creativity and innovation that represent an increasingly important part of the new “capital stock” from which cities square the circle of sustainable growth and social inclusion.

This week, we’re featuring a three part article series from Meeting of the Minds co-founder, Gordon Feller, on cities and cybersecurity. This is the second article in the series.

In yesterday’s blog post I put forward an idea: tech-powered urban innovations will not only make cities more efficient, they’ll help to transform how those cities operate, how they connect with (and listen to) citizens and visitors, and that may portend even bigger changes on the near-horizon.

The range of functions that a smart city can integrate digitally is growing exponentially. It typically includes connected and remotely accessible city assets or public spaces in which connectivity allows new patterns and styles of public engagement and municipal service delivery. But a smart city also introduces tremendous value through more mundane, but equally important, functions like parking, lighting, security, Wi-Fi and energy management. As IoT grows, cities (or even regions) can more affordably invest in and increasingly benefit by sharing their capabilities. 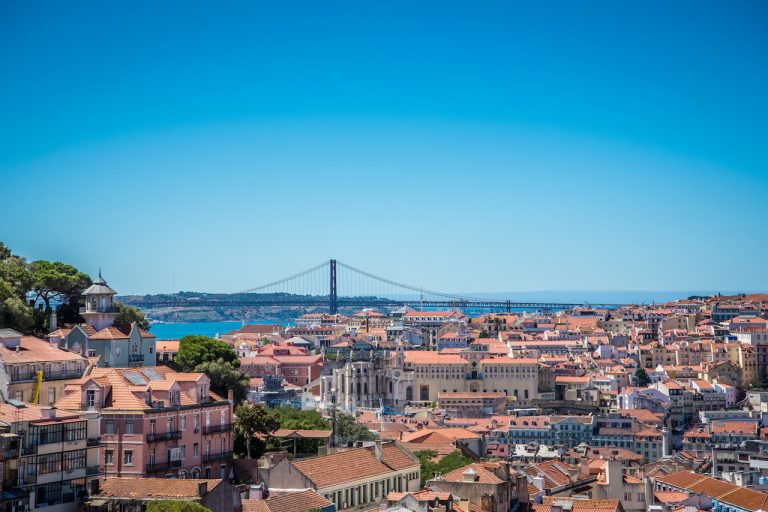 This week, we’re featuring a three part article series from Meeting of the Minds co-founder, Gordon Feller, on cities and cybersecurity. This is the first article in the series.

We’re in the midst of an exciting revolution that’s changing virtually everything about the way we work and live in cities. What’s happening to us all has various names—the Gartner Group calls it “the Nexus of Forces”; IDC Research refers to as “the Third Platform”. Others refer to it as “the Internet of Things (IoT) revolution”. Whatever name you choose, this could be the mother of all big transitions, and what’s driving it is the stitching together of a wide range of many different kinds of technology-driven disruptions.

One thing is clear, and it’s starting to get widely noticed: this process, stimulated by the emergence of low-cost connected technologies, is transforming our experience of cities as we’ve known them. 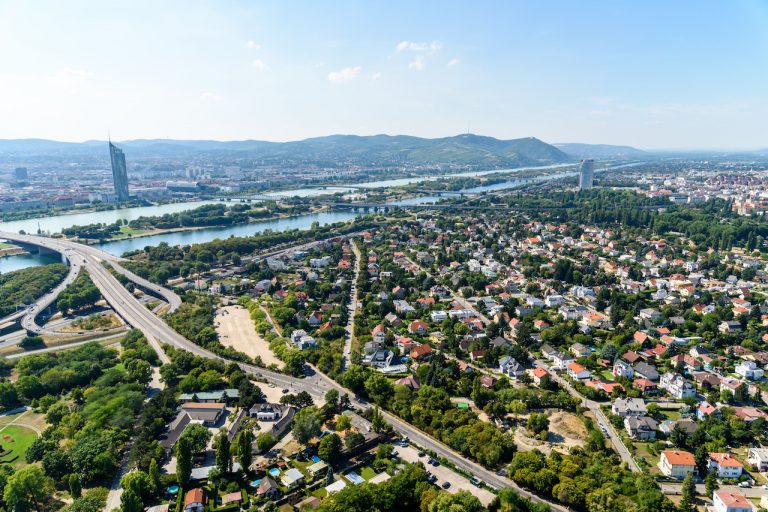 Digital Disruptions in The World of Mobility: We’ve Glimpsed the Possibilities

The leaders of urban transit authorities and public transport agencies now recognize the need to push simultaneously on several fronts: reduce costs, reduce environmental impact, enhance customer and driver safety, and provide improved passenger services. These leaders are under severe pressure to provide superior passenger services: wi-fi, passenger information systems, and smartphone apps, just to name a few. This means that they must learn to offer a passenger experience that competes with other transportation modes and private transportation companies. 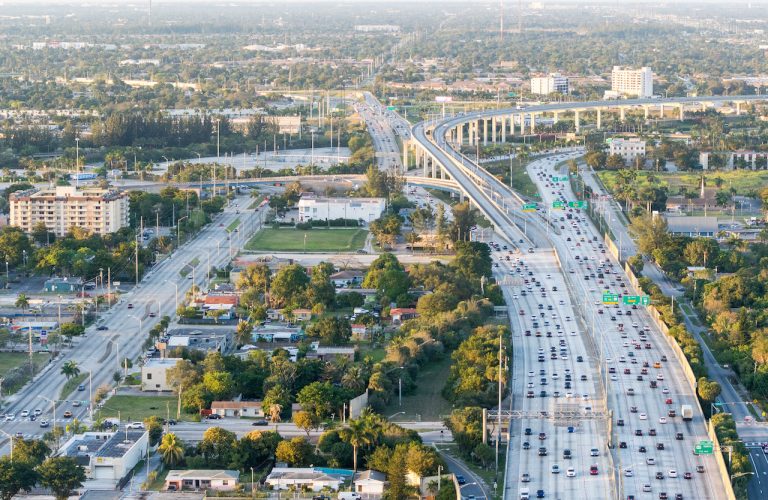 Reshaping Mobility: The Factors and Innovations at Play

Digitization continues to plough its way through whole industries, changing such old worlds as retail and finance in ways big and small. In the world of mobility and transport, a number of forces are driving massive shifts in the expectations and the needs of those who run or use our transportation systems: commuters, shippers, and many more.

We’re only just starting to see the outlines and contours of the big changes underway. The shifts now taking shape are being propelled by advances in technology, shifting socioeconomic factors, and public policy.

Urban Futures Road Map: It Finally Arrives in Your Bookstore

Review of “The Well-Tempered City: What Modern Science, Ancient Civilizations, and Human Nature Teach Us About the Future of Urban Life”, by Jonathan F. P. Rose Roadmaps are sometimes hard to read. But you can be sure that they’re always much harder to create. I kept...

By 2050 nearly two-thirds of the world’s population will live in cities.  The global challenges of natural resource and infrastructure management are immense: global temperatures are rising, water shortages are more frequent, and energy systems are overburdened.  The...

July 13: Participate Live From Your Desk in the Global Discussion on How to Enable Sustainable and Smart Cities

On 13 July from 9 am to 5.30 pm (Singapore time), IEC, ISO and ITU will host an international forum to tackle pain points that limit Smart Cities’ development. [fancy_link link=”http://www.ustream.tv/channel/KvQ2rdk22NH”]Link to webcast[/fancy_link] World...

I chaired a session during the 4th Annual Silicon Valley Energy & Sustainability Summit organized by The Silicon Valley Leadership Group. This special program convened on June 30th at Oracle Headquarters in Redwood City, California. The overarching theme was built...

As homes, businesses, cities and governments continue to migrate to newer, faster technologies, the world is witnessing a seismic shift in how we all live, work, and communicate. Advanced, Internet-based technologies have become the primary mechanism by which cities...

A new online community WorldSmartCity.org will be launched on 18 January by the IEC in partnership with ISO and ITU. The extended leadership network will engage city stakeholders, on a global basis. WorldSmartCity.org is hosting and organizing a range of in-depth...
« Older Entries