A Comparison of the World’s 1,000 Largest Urban Areas

Wendell Cox is principal of Demographia (St. Louis, MO-IL). He is a Senior Fellow at the Urban Reform Institute (Houston) and the Frontier Centre for Public Policy (Winnipeg) and on the Board of Advisors at the Center for Demographics and Policy at Chapman University. He was a visiting professor at the Conservatoire National des Arts et Metiers (Paris). He was appointed to the Los Angeles County Transportation Commission by Mayor Tom Bradley and to the Amtrak Reform Council by Speaker Newt Gingrich. He earned a BA in Government from California State University, Los Angeles and an MBA from Pepperdine University.

A tourist or even a demographer may sit at a café near the Louvre and imagine that the architecture and development of Paris looks the same, all the way to the urban fringe. Yet Paris is much more than the city proper (“Ville de Paris”). It is surrounded by the balance of the Paris urban area (“unité urbaine”), the continuous urban footprint that extends up to 20 miles (32 kilometers) in each direction and is largely suburban. 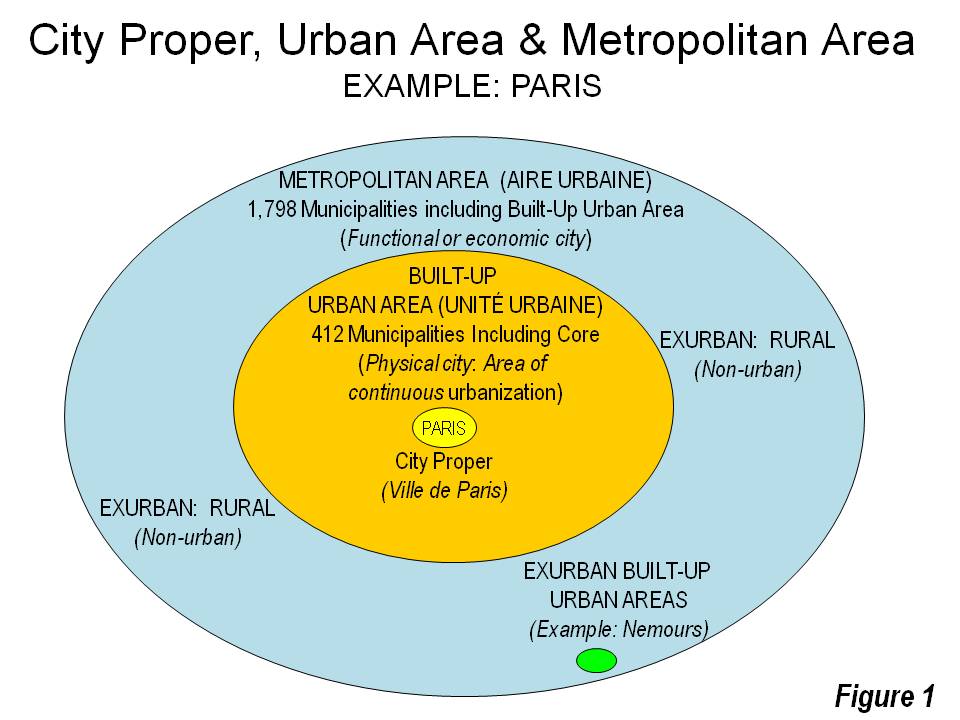 Not surprisingly, these three definitions of the city lead to considerable confusion. Press and internet articles frequently compare apples with oranges and mix cities proper, urban areas, and metropolitan areas. All of these are “cities,” but they are very different.

This confusion is a principal reason that we began publishing Demographia World Urban Areas. We were also interested in having data that was not previously available for international cities at the urban area level, such as population, urban land area, and urban population density. Comparisons of urban density were the least reliable, given the limited information.

Three Definitions of the City

There are three basic definitions of the city.

This is the basis for Demographia World Urban Areas, published annually in March or April. It includes ranking tables for the 1,072 identified urban areas with 500,000 or more population, by (1) population, (2) urban land area, and (3) population density.

There is considerable fascination with megacities, which are defined as urban areas with more than 10 million residents. In 1950, there were two megacities: New York and Tokyo-Yokohama. Today, there are 38 megacities.

Tokyo-Yokohama is the largest, with 38.5 million, while New York is ranked 8th with 21.0 million. Jakarta (34.4 million) and Delhi (28.1 million) rank second and third. All of the next four are in Asia:Manila, Seoul, Mumbai and Shanghai. South America’s Sao Paulo and Mexico City round out the top 10. 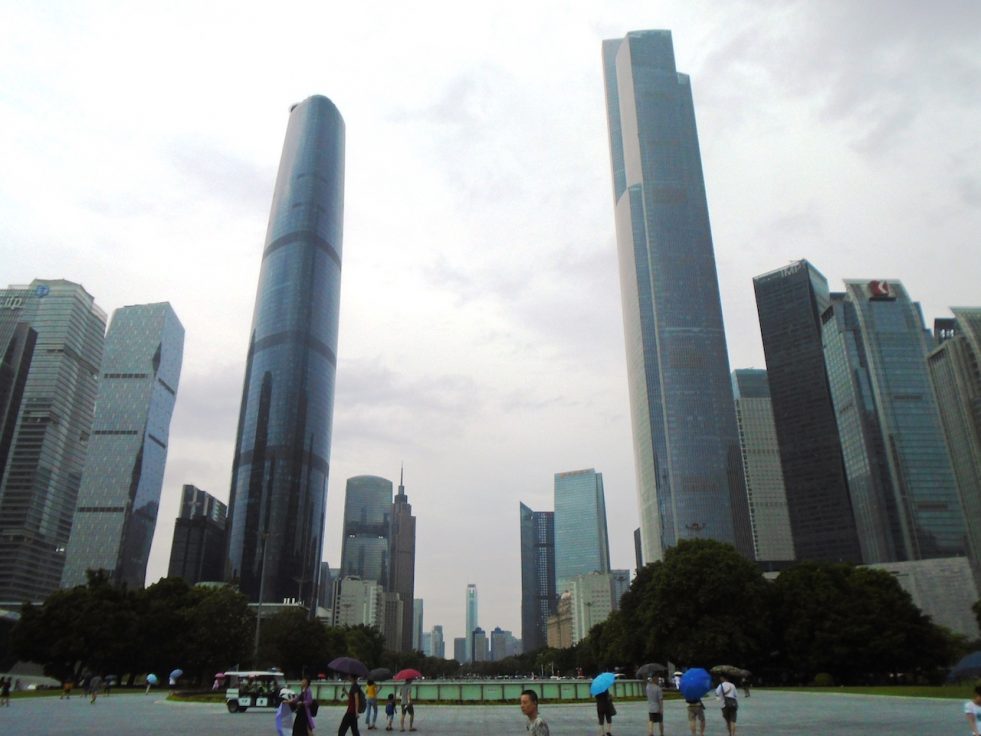 In recent years, the world’s urban population has exceeded the rural population for the first time. Yet to read some reports, one could get the impression that the typical urban resident lives in one of the largest cities, like Manila, Shanghai, London, or Seoul. In fact, the megacities have only 8.4 percent of the world’s population. Nearly twice that number live in urban areas with fewer than 100,000 residents (Figure 2). In the US, any settlement with a population of 2,500 is considered an urban area.

The median (middle) world resident lives in an urban area about 625,000 residents, about the size of Bakersfield, California or Bremen, Germany. 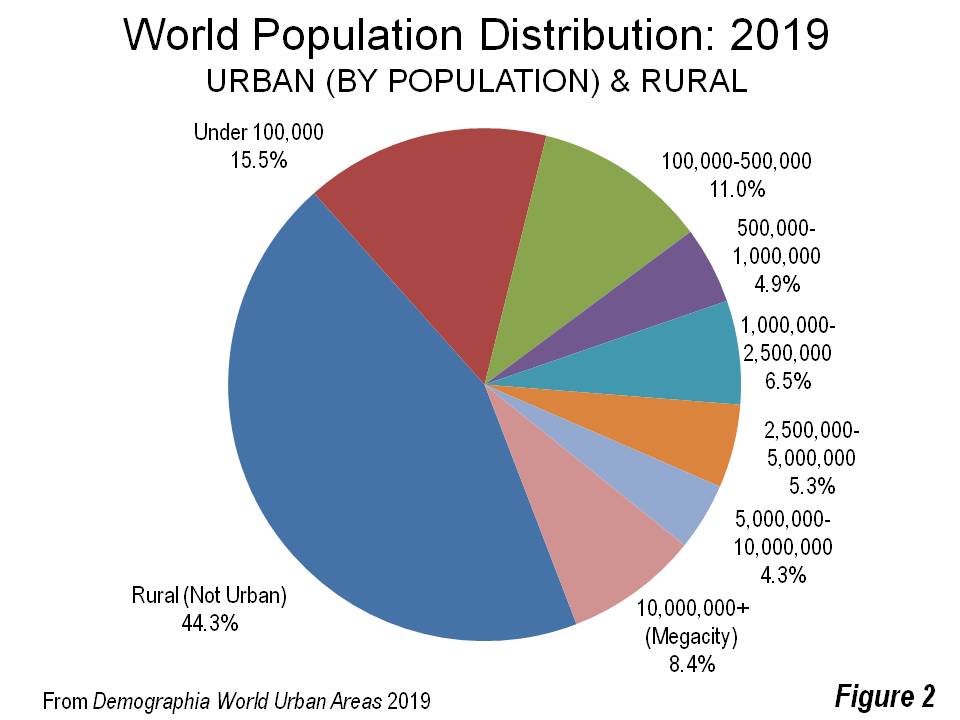 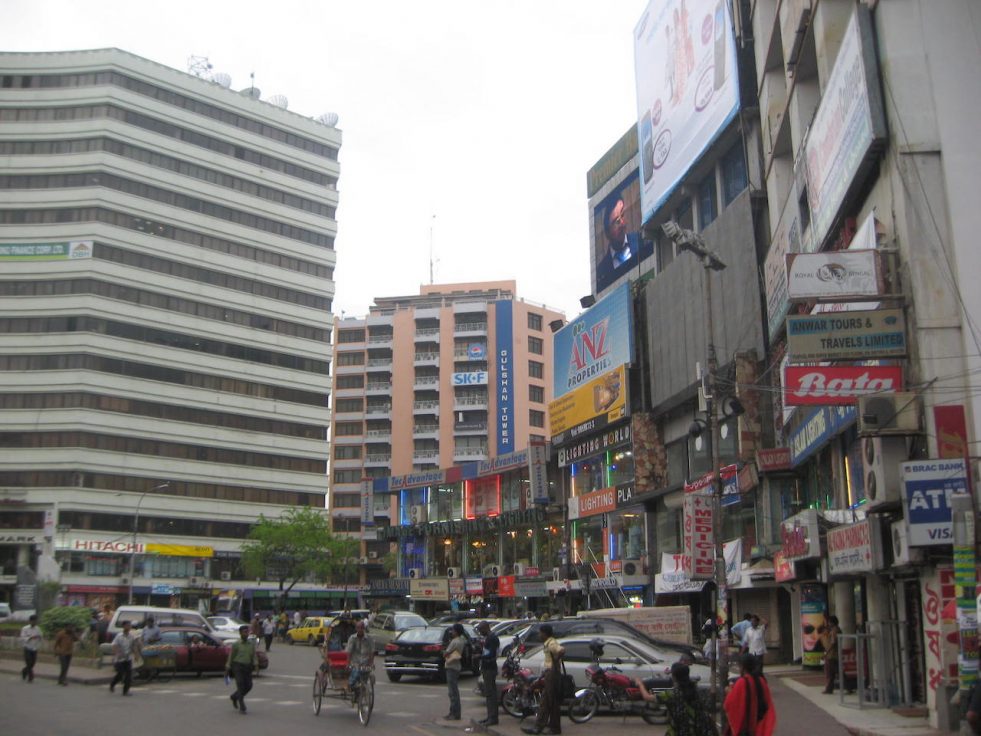 New York may no longer be the world’s largest urban area in population, but it covers the most land area. Perhaps surprisingly, this is almost twice as large as the Los Angeles urban area, which covers less land than Boston, Tokyo-Yokohama, Atlanta, and Chicago; and is the densest major urban area in the United States.The higher densities of New York’s city proper more than compensate for its lower suburban densities.

For years, the authoritative list has been the United Nations (UN) list of urban agglomerations. Indeed, Demographia World Urban Areas uses the UN definition, which begins: “The term ‘urban agglomeration’ refers to the population contained within the contours of a contiguous territory inhabited at urban density levels without regard to administrative boundaries.”

Perhaps the leading international effort is the Urban Expansion Project, led by Professor Shlomo Angel, which is jointly supported by the NYU Marron Institute and the NYU Stern Urbanization Project. Professor Angel and team also produced the Atlas of Urban Expansion: 2016, which highlighted the pervasive loss of densitythat has occurred in urban areas around the world.

Most urban growth is now in the less developed world. Tokyo-Yokohama, the world’s largest urban area since 1955, could be displaced by fast growing Jakarta and/or Delhi in not much more than a decade. UN projections indicate that less developed regions, which already have 75 percent of the world’s urban population (Figure 3), will account for 95 percent of urban population growth to 2050. This is a substantial change from a half-century ago, when the more developed and less developed worlds had about the same number of urban residents. 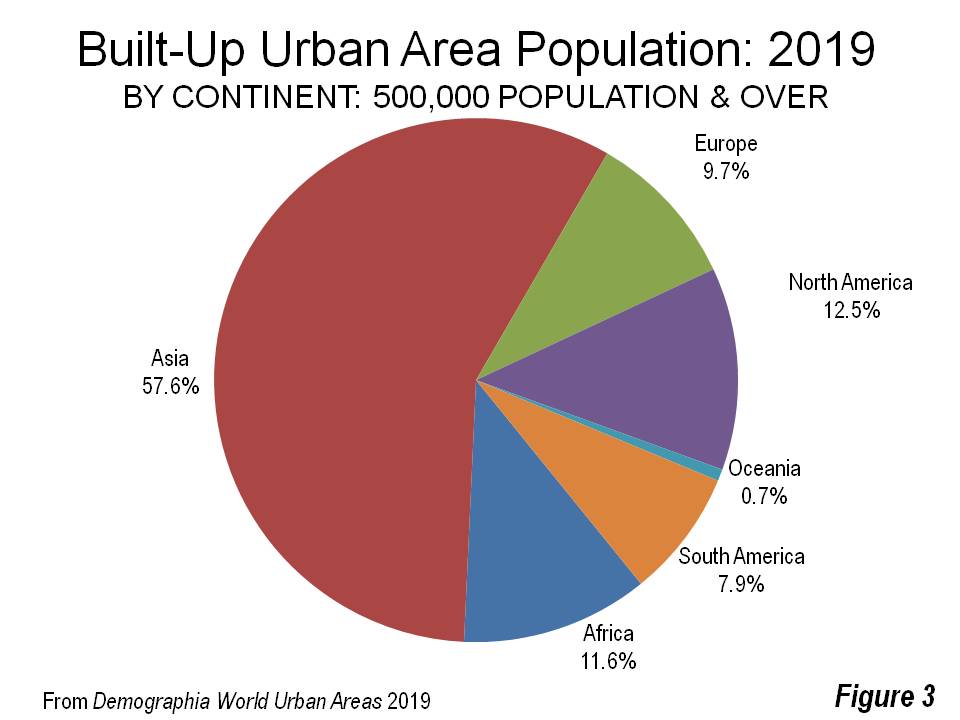