By Darrin Nordahl, Writer and Author

Darrin Nordahl is an award-winning writer on issues of food and city design. He completed his bachelor’s degree in landscape architecture at the University of California at Davis and his master’s degree in urban design at Cal-Berkeley. He is the author of Making Transit Fun!, My Kind of Transit and Public Produce. 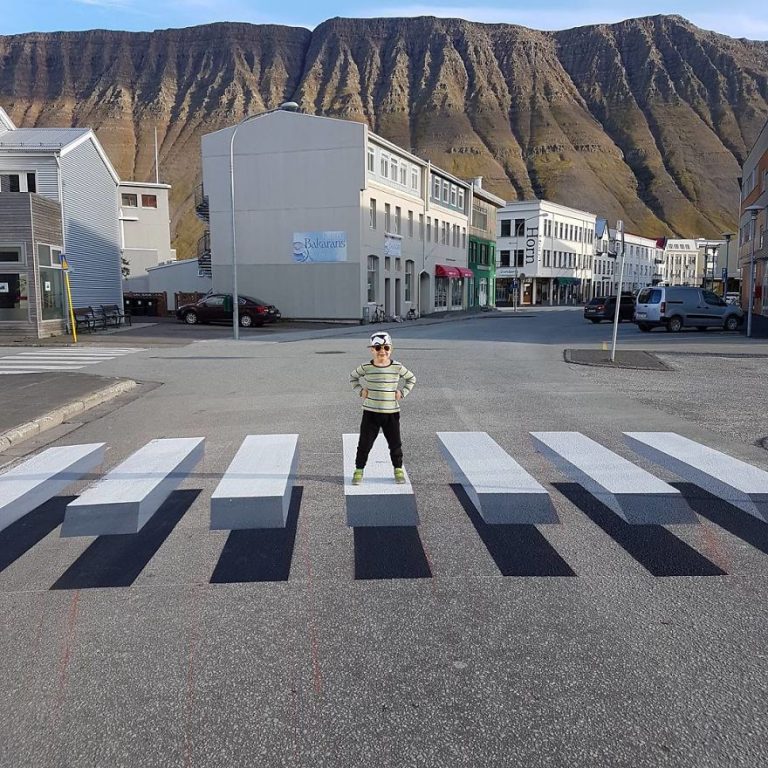 Throughout my urban design career, I grappled with the same situation daily: how to inform developers and contractors, retail merchants and corporate CEOs, mayors and councilmembers–folks whose authority and decisions have tremendous impact on city form–about good urban design? Instead of sketching plans for revitalizing floundering neighborhoods and creating friendly, inviting people places that could bolster our quality of life, the bulk of my days were spent explaining to policymakers and doers why their ideas for how cities should be are, in fact, deleterious. Deleterious to future retail investment, property values, public safety, human comfort, even climate change.

I am not alone, of course. All city planners and urban designers face this same challenge, because almost without exception, the folks entrusted by the public regarding such matters (or those blessed with the finances to make such big community changes) have frighteningly little education or training in city planning and design. I had to persuade these powerful people that, contrary to what their gut says, building bigger parking lots never equates to an increase in business; wider and more traffic lanes never solves traffic congestion; mixing retail with housing creates vitality and spurs even more investment; and that people actually do like to walk and bike: to school, the store, the park, even to their place of employment. 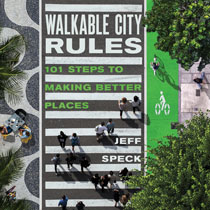 “If only they would read Jane Jacobs’s The Death and Life of Great American Cities,” I often said to myself, “then they would understand. Well, and Allan Jacob’s Great Streets, too. Of course, they also need to understand the arguments Jan Gehl makes in Cities for People (and Life Between Buildings), as well as those from Andres Duany in Suburban Nation. Any urban proposal that affects transportation (and they all do), should be backed by the principles Jarrett Walker outlines in Human Transit. And these folks can do well by cyclists and would-be cyclists by reading Janette Sadik-Khan’s Street Fight.” But the list went on. And on. My internal conversations always ended with the realization there is a reason I went to school for six years to learn urban planning and design: cities, and the things that make them great, are quite complex.

As much as I felt it necessary to introduce these planning luminaries to all the mayors, developers and builders, design review board members, planning commissioners, Public Works officials, and the Department of Transportation engineers I routinely interacted with, dropping a 40-pound stack of books onto their desks and saying, “read these, then let’s talk,” just wasn’t realistic. Still, if these policymakers and doers could get a crash course on urban planning and design, the urban projects and changes that ultimately get approved and funded would be exponentially better than they are today.

But what if the most salient points from all those planning volumes—and dozens more—were synthesized into one trim, accessible, easily perusable book? Could it be achieved? That would be quite the ambitious endeavor, one that is too daunting to me, even though I wish I could have tried.

Luckily, I don’t have to, because Jeff Speck did us all a favor with his latest book Walkable City Rules. I’ve worked with Jeff many times and have relied on his expertise for years. Few in the field of city planning are as learned and practiced as he, and those who are lack Speck’s talent in teaching. Speck has advised countless mayors, city administrators, developers, planners and designers about what makes for great, livable cities, through his books, TED talks, YouTube videos, walkability studies, and scores of lectures delivered across the globe. Jeff co-authored the Congress for New Urbanism’s seminal book Suburban Nation (with Andres Duany and Elizabeth Plater-Zyberk). He partnered with Duany again and Mike Lydon on The Smart Growth Manual, and penned Walkable City, the precursor to Walkable City Rules. If any city planner can deliver a single book—just one planning reference—to educate, guide, and provide ideas and inspiration to every person about to embark on making some change to city form, it is Jeff Speck. 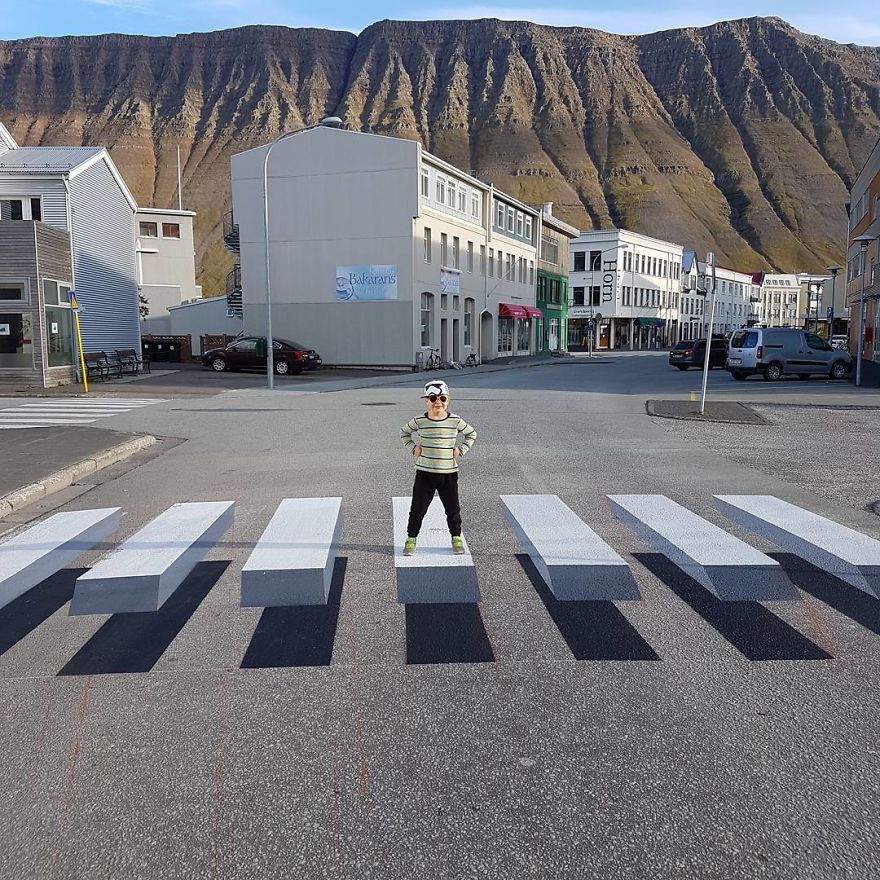 An unconventional crosswalk provides some real stopping power in Iceland.

So, did he succeed? That’s debatable. But Speck came awfully close. Certainly, nobody before has even attempted this undertaking, so kudos to Speck for delivering what is arguably the single-most useful guide for both planners and non-planners alike; anyone, really, interested in making better cities.

Walkable City Rules is a comprehensive yet concise volume, thoughtfully laid out so that the numerous issues city planners and urban designers regularly face are each listed on an eminently graspable two-page spread. What makes Speck’s achievement even more impressive are the scads of images and illustrations he includes, and the simple, easy to remember fundamental steps or “rules,” as he calls them, of sound planning and design. He then expounds on each rule with pith and clarity.

For example, Rule 78 is about the value of street trees. Speck teaches us that trees absorb pollutants, protect sidewalks, reduce crashes, and improve property values, retail viability, and public health. He cites statistics (a treeless stretch of Orlando’s Colonial Drive experienced 45% more injurious crashes and many more fatal crashes—six vs. zero—than another stretch that is tree-lined). The litany of reasons and statistics explain why Rule 78 is so important.

But all that data is hard to remember. What’s most important and easiest to recall is the Rule itself: “Put Street Trees Almost Everywhere.” That’s it. We all can remember that. And we can remember that along with Rule 58: Build Cycle Tracks. And Rule 73: Make Great Crosswalks, Rule 84: Never Allow Front Parking, and even Rule 28: Tear Down a Highway. If anyone questions why street trees should be planted (or cycle tracks built or highways razed), the reasons and supporting statistics are there and easily accessed via a quick flip of the pages; no scouring of paragraph upon paragraph or searching of endnotes required.

I was also impressed with the breadth of urban planning complexities Speck tackles in Walkable City Rules. He addresses seemingly innocuous city details, such as pedestrian crosswalk buttons and countdown signals (and why they should be banned from intersections) to parking, cycling, transit, inclusionary zoning, code reform, and climate change. Throughout, he cites the works of those great planning minds before him, distilling the most important points from dozens of books. 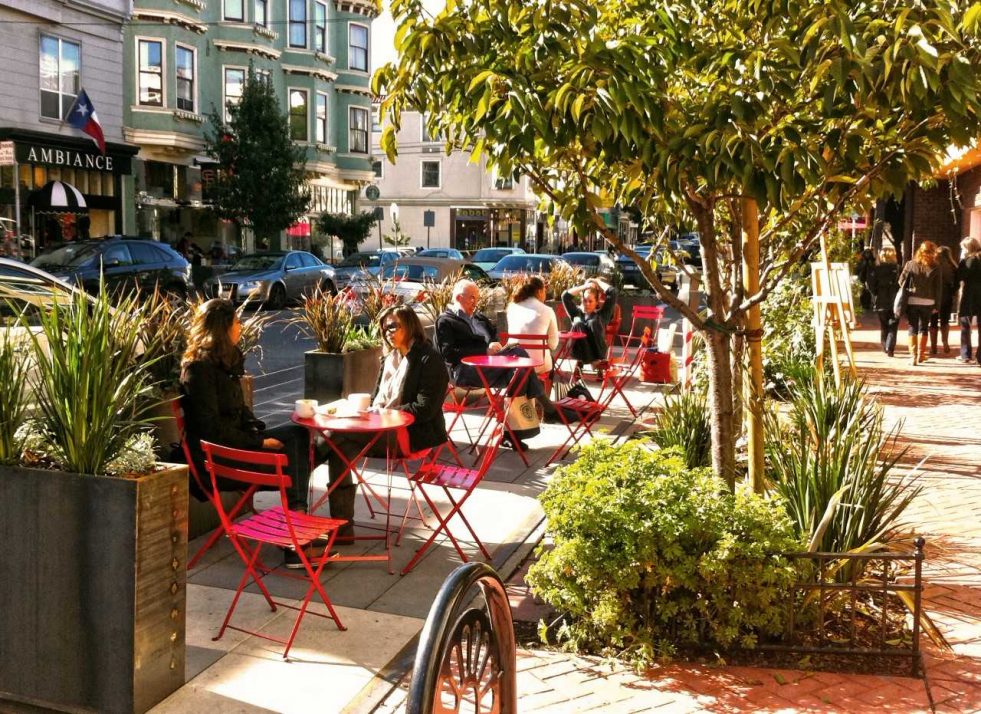 If there is one omission from Speck’s book that should be included in a future edition, it’s urban resiliency. Some will argue this is a trifle criticism, since Speck does discuss how his rules can combat climate change and why we shouldn’t let terrorists design our cities. But there isn’t much depth here. Or even casual mention of street designs that can help with, say, an increase in heavy rainfall events many communities are experiencing even today. To cite one example, I didn’t see “green streets” mentioned, and how they can enhance walkability and reduce stormwater runoff. In fact, the only mention of stormwater is within Rule 78 about street trees. Nature and the environment—and how a walkable city could be more resilient in the face of natural calamity—is not addressed. Given Speck’s publisher (Island Press) is perhaps the foremost disseminator of urban resiliency strategies and statistics, some might find this omission a head scratcher.

What’s more of a head scratcher, however, are all the other planning issues Speck did include. (How did he do that?!?) Overall, Walkable City Rules is a tremendous achievement for planning literature, and should be in the hands of every individual who wants to help build a better city. It is not difficult to fathom the swift, positive change every community in America could realize if we all understood a few rules for making cities more walkable. For that, we owe Jeff Speck a debt of gratitude.

Who needs this book?

Unlike most planning books, which set their sights for twenty, sometimes fifty, years into the future, Speck’s book is for now. Actually, it’s long overdue. I wish I had Walkable City Rules fifteen years ago, to distribute to mayors, city administrators, DOT engineers, and developers. When I was the City Designer for the City of Davenport, Iowa, I helped prepare informational packets for the council, design review board, and planning commission. This paperwork would have gone much faster if I could have copied relevant rules from Speck’s book to include in those packets. My discussions with the state highway engineers and our own Public Works Department would have been more fruitful, and meetings more efficient, had I been able to pass out rules on why traffic lanes should be narrowed, curb-cuts eliminated, and angled parking allowed. There would have been fewer walls in City Hall I beat my head against had developers been shown Speck’s reasoning large parking lots in front of their retail centers is not a good thing (and that including housing in those retail centers is a good thing).

Following such a tumultuous school year where change was the only constant, perhaps there is no greater opportunity for colleges and universities to reimagine their campuses than there is today. To stay relevant in today’s increasingly competitive educational marketplace, schools must embrace the smart technologies that will enhance the collegiate experience and ensure seamless operations regardless of the next crises. By being proactive and planning now, schools can install the robust communications backbone and agile infrastructure necessary to support emerging technologies and create the connected campus of the future.

Small-scale manufacturers are locally owned businesses that produce anything from hats to hardware to distilled spirits to coffee and more. Unlike large manufacturers, they fit into relatively small commercial spaces and are clean, quiet neighbors. Your city might be home to some of these kinds of businesses already.

How Cities Are Preparing for the Future of Work

Given the rapidly changing “future of work” space and the impact on our cities over the last 15 months, I decided to catch up with Robert Hoyle Brown to get the latest trends and insights on where we are now and where we are headed next.

Their new report “21 Places of the Future” touches on the key drivers for the creation of jobs in relation to place. We discussed how architectural heritage is tied to jobs and place. We also discussed how people matter and the future role of philosophers and ethicists in our data-driven world. Given the recent cyber attacks on US companies, we discussed the role of cybersecurity as a driver for the creation of jobs, including the jobs of cyber attack agent and cyber calamity forecaster. And we discussed the future of virtual workplaces. Here to stay, go, or evolve? Take a look.