Sue Lebeck is the Chair Emeritus of the City Protocol Task Force (CPTF), an open collaborative R&D community hosted by the City Protocol Society (CPS) to help create the Internet of Cities. Sue is also technology advisor to the Cool City Challenge,  creator of InnovatingSMART, and contributor to GreenBiz.

Learn More
This post is written in response to the Meeting of the Minds October 6th group blogging event, “Dear 2015”, which asks, “The year is 2050. Write a letter to the people of 2015 describing what your city is like, and give them advice on the next 35 years.”

To the City Leaders, Creative Citizens and Urban Innovators of 2015 —

Greetings and gratitude from another time, a time you spoke of frequently, and a time you will help to create. Though we may not have met, I write you now as a colleague and a friend.

I’m a city-dweller, as most of us are now and so many of you were in 2015. Thank you for loving cities so much. Thank you for deciding that cities should be “smart” and “sustainable”. Wonky words, but your insights led to a fundamentally transformed new normal.   I shudder to think what would’ve happened if we’d missed this opportunity.

Cities today are more robust, cheerful, successful and confident versions of themselves. The very idea of “cities” has expanded in the future you are creating. Walkable enclaves of diverse people and activities is no longer the domain only of traditional urban areas.   The “suburbs” have become urbanized – more compact, more connected, more conscious and more creative – the best qualities of what you came to value most about cities.

This is a much more radical outcome than it sounds. I think you understand, since by 2015 you were aware that we had a lot to lose and were, in fact, losing it.

The bottom was dropping out of the Middle Class, removing the social and economic mobility that makes societies thrive. And a consumption-dependent economy had us on a race to the finish of life as we knew it.

So to have transformed our foundations and created new patterns that will sustain us was an enormous feat and perhaps our greatest success to date. It is one we continue to evolve, and one we have not yet begun to take for granted. It’s also been and continues to be a stimulating ride filled with opportunity and learning. Thank you for getting us here!

People today have a confidence that comes from a trust in their futures, a satisfaction with themselves, an engagement with each other, and a sense of achievement. Anxiety and anger are rarer now, and greater safety is assumed. People are less busy and more active.   There are many new services to supply to each other in this freshly envisioned world, and hence many creative roles to play. Passivity has been supplanted by creative expression and collective mastery.

Looking back on your success as city leaders, creative citizens and urban innovators, I want to emphasize three principles that were key to the livability transformations you set in motion.   I call them out here, both to thank you and to guide you. Though you will endure many stops and starts, and conduct both successful and failed experiments, know that any experiment guided by one or more of these principles will move us all forward.   So, thank you in advance for adopting three mantras and doggedly following through with them:

Let me illuminate these principles a bit, and then point you to but a few of the city-inspiring communities of practice who will provide help to you along the way.

Your growing “Maker culture” is an expression of your collective urge to see and know what we are doing, using, eating and creating. Radical transparency -awareness, accountability and consciousness. To achieve this, you began by viewing your city as a living organism, a city “anatomy” if you will, and then building a comprehensive “nervous system” (starting with citizens themselves) to inform, empower and protect it. In this way, you create a response-able capability that allows the rest of the system to develop, learn and evolve.

It’s the first nervous system you had to build yourselves, so thank you for taking a moment to ask nature what a successful nervous system needs, including heavy duty protection. Its security, and the integrity and proper use of the information it serves up, is as fundamental as a human’s mental and physical health.

You’d heard of “less is more”, and thank you for realizing that by 2015 “less” was not enough. You now begin to demand “zero” – a net-zero approach to greenhouse gas emissions, to energy consumption-production, to water cycle management, and to food and material cycles.

This may not sound particularly fun. But actually, by “demanding” zero, you set some very creative innovation energy free by creating a vibrant marketplace for it. You set in motion an industrial renaissance.

Through procurement, regulation, citizen engagement and culture creation, cities are fundamental engines of this voice of demand, and have huge power to shape the marketplace.   The information-communication-technology (ICT) community – instrumental in helping us build out our nervous system – is also pushing the bar on zero-emissions energy. Talk to them, and bring adapted models to cities.

Circles are most effective at local and regional scales, and so circling up into partnerships and market exchanges is a key to your success. Development of effective circular economies is among the most powerful things you will put in place (after clean power itself). 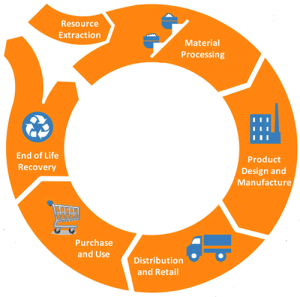 Public-private-people partnerships turn out to be versatile vehicles to create collaborative transformation. The undoable happens before your eyes, and the shared costs, risks and rewards promotes distributed triple-bottom-line value creation.

Community collaborations create micro economies of scale. People need people and often are happiest and most efficient and effective when they are close. Personal space is essential too, but it turns out a little can go a long way. Resilience happens at the community level, and in this way its development turns out to be fun. It also brings activity intensiveness into the streets, where foot-traffic, bicycles and small agile vehicles prevail, creating a naturally interactive ecosystem.

Be sure plant life abounds, sharing the air with humans and animals in a robust and lush carbon-oxygen circle. Grow fresh produce everywhere, and indoors where necessary.   Staples can thrive under organic methods, and precision stewardship. Animals can play a much smaller but still critical role in the human diet.

Obesity comes down naturally under these food, material and mobility changes, and brings many health benefits with it.

Help and Inspiration is Everywhere

Many city-centered organizations from your time had their fingers on the pulse of the future you are creating. Some of them still exist today. Check out: Meeting of the Minds, CityProtocol, Smart Cities Council, GreenBiz, Global Cities Team Challenge, Urban Sustainability Directors Network, the Institute for Critical Infrastructure Technology, WRI/C40/ICLEI, 100 Resilient Cities, Project Drawdown, the EPA West Coast Climate Forum, Envision America, national and international standards organizations, the Biomimicry Institute, the Maker Culture and many more formal and informal communities. Learn from them, and join them in creating the path to your future and my today.

If our paths ever cross, I will enjoy the opportunity to host you in the city scene I am enjoying today.   You have done so much!   Thank you again — the rest is on us!